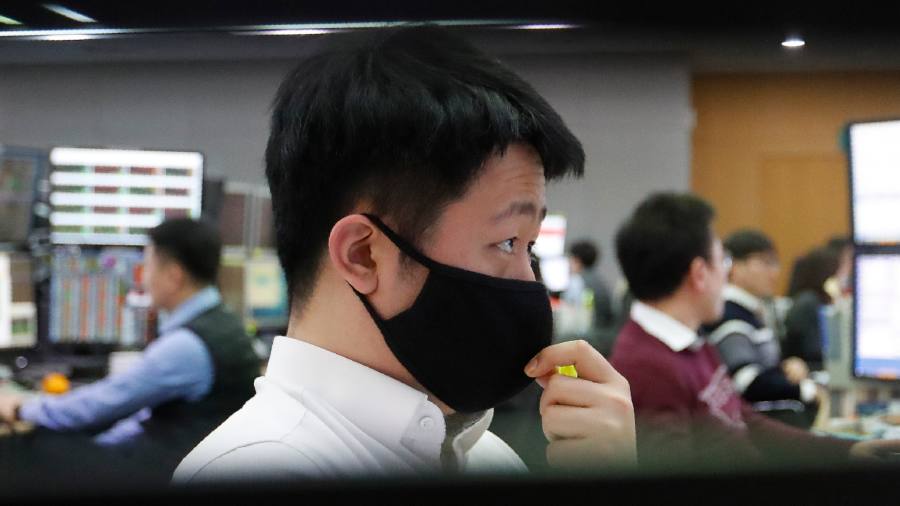 When South Korean housewife Song Mi-kyung invested in an exchange-traded fund linked to oil prices five years ago, she thought she was on to a sure thing.

But Ms Song is among the retail traders that have been hit by this week’s crash in oil prices after investing in the country’s booming market for quirky, derivative-linked products.

ETFs such as the one Ms Song bought are so-called structured products — a sector where investment has grown by 500 per cent over the past 10 years. The market is valued at about $87bn (Won104tn). The instruments are often marketed at pensioners seeking a chunkier yield on their savings and include roughly $1.5bn in derivatives tied to the price of oil.

In less volatile market conditions, some structured notes can perform like bonds, paying out a single-digit coupon until maturity. But investors risk losing their entire principal if the price of the underlying asset — such as oil — falls below a threshold.

Ms Song’s nightmare scenario materialised this week when Saudi Arabia launched an oil price war, prompting the price of crude oil to crash by 30 per cent in a single day.

“I invested about Won19m ($16,000) about five years ago when oil prices were around $40-$50,” she said. “I thought that I could easily make money because almost everyone at that time was expecting oil prices to go up.” She added that her principal is now worth about 60 per cent less compared with when she first invested. Ms Song did not wish to provide the name of the product she invested in or the company that issued it.

Analysts have previously warned that the derivative products favoured by South Korean investors can worsen market turbulence during sudden downturns.

South Korea’s financial watchdog is investigating whether there has been any “illegality involved” in the sale of such products, according to a person with direct knowledge of the matter. “We are looking closely into this as a drop in oil prices increases the chance of investors suffering losses from these oil-linked [notes].”

Many investors have yet to cash out, instead hoping for an oil price recovery before their products mature. A sudden jump in redemptions could cause problems for issuers, said Tae Jong Ok, an analyst at Moody’s who has raised concerns over risk-taking at South Korean securities companies.

“If there is a significant cancellation of these products the securities companies may be faced with very short-term liquidity issues . . . they would need to sell the underlying assets, unwind their derivatives, which could entail some significant losses during a time of stress when others might be trying to do the same thing.”

Mirae Asset Daewoo Securities, a Seoul brokerage, said the group had received “a lot of inquiries from investors about what they should do with their oil-linked investments” after Monday’s price collapse. “We have been advising them to hold the products until they mature because oil prices could rebound.”

The chief executive of another large South Korean brokerage also pointed to the possibility of an oil price recovery, suggesting that investors should understand the risks involved.

“There is not much we can do to stem investor losses because oil prices are beyond our control,” he said. “These are not bank savings, every investment product carries some risks. Regulators should not overreact to this.”