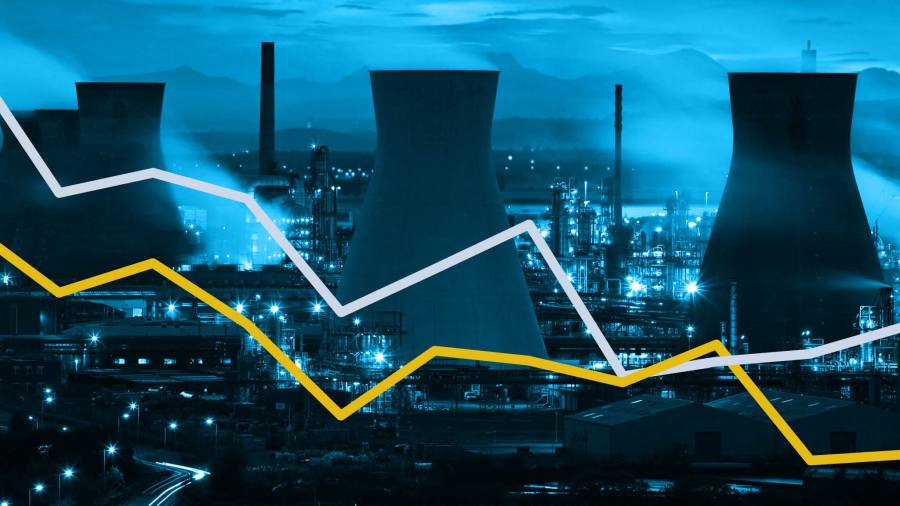 Oil refineries are struggling as the worst demand-crash in decades cascades through the industry, leaving plants around the world at risk of closure.

Demand for fuel remains depressed and stockpiles are bulging, while the crude refiners’ process has become more expensive following deep Opec-led supply cuts. That is squeezing margins for the plants, which convert the crude into products such as diesel, jet fuel and petrol.

Europe is considered most at risk because facilities are generally older and governments have embarked on initiatives to phase out some fossil fuels from transport. But analysts at UBS said almost 3m barrels a day of refining capacity — equivalent to about twice as much as the UK consumes or roughly 3 per cent of the global total — needs to be removed from the global market by the end of 2021 to restore the sector’s profitability. Small US refineries and some capacity in Asia-Pacific could also be forced out, the analysts add.

Newer refineries tend to be more complex and efficient, allowing them to process a wider variety of crude oils at a lower cost. But plants built in the 1950s and 1960s, as mass-market adoption of motor vehicles took off, look vulnerable — especially in the context of a lot of new capacity coming on stream in developing countries, from Nigeria to Kuwait.

“We had too much refinery capacity before Covid,” said Robert Campbell, head of global oil products for Energy Aspects, a consultancy. “We’ve certainly got too much now.”

Demand for fuel has started to recover from the depths of lockdowns in April and May — when global consumption was down by more than 20 per cent — but few see it reaching pre-outbreak levels before late 2021. Some plants are already losing money, once total costs of operating are factored in.

Analysts say the outlook for the industry is reminiscent of the period after the financial crisis, when profit margins recovered only after a number of facilities shut for good.

Predicting which refineries could close is difficult, as governments often place plants on life support owing to concerns over security of supply and job losses. But industry figures say plants such as Essar’s refinery in Stanlow in the north-west of England and Eni’s Milazzo in Sicily may struggle, along with Grangemouth, Scotland’s sole motor fuel refinery. Commodity trader Gunvor is already looking to mothball its plant in Antwerp.

Essar said the Stanlow refinery was a “profitable and sustainable” business. Eni said it was “not making any specific assessment” on the Milazzo plant, which it jointly owns with Kuwait Petroleum Italia. Petroineos, owner of Grangemouth, did not respond to requests for comment.

Even before coronavirus, the industry was under pressure from long-term plans to move away from petroleum fuels and competition from newer plants in Asia. HollyFrontier, a refiner in the US, recently converted its plant in Wyoming to biodiesel. Eni and Total may do the same with plants in Europe, said UBS.

“There will be a shakeout in the refining sector,” said John Auers, executive vice-president of Turner, Mason & Company, a consultancy.

Margins have plunged in recent weeks as oil prices rose faster than the price of finished fuel. Richard Joswick, head of refining analysis at S&P Global, said that in an average year refiners net roughly $10 a barrel — and are now getting about half that.

Certain plants are earning even less. Par Pacific, a US refiner, reported margins of just $0.24 a barrel in the first quarter from its operations in Hawaii — a 93 per cent drop from a year earlier.

Despite weakening margins, the US refining sector has been relatively resilient, partly because it throttled back processing operations as demand dropped earlier this year. About a third of the country’s capacity was idle in April, according to the US Energy Information Administration.

US refiners have begun to process more crude in recent weeks, but as big petrol-consuming states such as Texas reimpose Covid-19 lockdowns, consumption may stall. US petrol inventories are near historic seasonal highs, despite the onset of the summer driving months, when demand tends to peak.

One UK refining executive said there were about 10 plants around the world considered “at risk” over the next few years. Moreover, with countries such as the UK expected to ban the sale of new petrol or diesel cars in the 2030s, fuel makers may be running out of road. Capital investments to boost plants’ longer-term profitability appear risky, in that context.

Alan Gelder, head of refining at consultancy Wood Mackenzie, compared the industry’s traditional mentality to being “chased by a bear”.

“As long as you keep running and the rival beside you falls over you’d be OK,” Mr Gelder said. “But now they’re running downhill towards water and it’s not clear any of them can swim.”