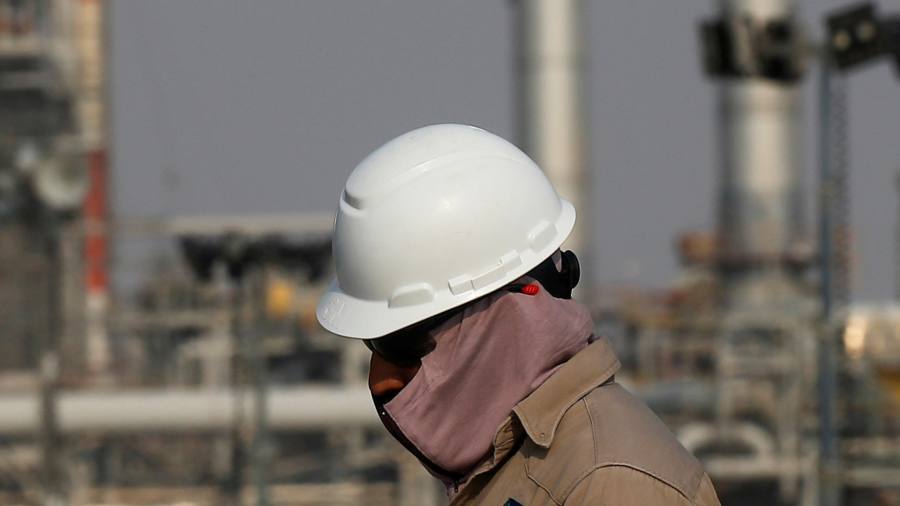 Oil prices crashed by as much as 30 per cent after Saudi Arabia fired the first shots in a price war, in crude’s biggest one-day fall since the early 1990s Gulf war.

Riyadh’s threat to discount its crude and raise production prompted the price of Brent crude, the international oil marker, to fall to as low as $31.02 per barrel. West Texas Intermediate, the US benchmark, fell to $27.71 a barrel.

But why did the world’s top exporter decide to move so aggressively, with demand reeling from the coronavirus crisis? And what does it mean for the wider oil industry?

Why is Saudi Arabia launching a price war?

Saudi Arabia had wanted to lead Opec and Russia in making deeper cuts to oil production to support crude prices in the face of the coronavirus outbreak, which has disrupted global economic activity. But when Russia baulked at the plan, the Gulf kingdom turned on an ally it had worked with to prop up the oil market since 2016.

Riyadh responded by raising production and offering its crude at steep discounts. Analysts said that was an attempt to punish Russia for abandoning the so-called Opec+ alliance.

Saudi Arabia may also have wished to cement its position as the world’s top oil exporter, analysts added. The move demonstrated that Riyadh was willing to openly take on Russia and other higher cost producers.

“There was a consensus among Opec [to cut production]. Russia objected and has said that from April 1 everyone can produce whatever they like. So the kingdom too is exercising its right,” said one person familiar with Saudi oil policy.

Analysts have questioned the wisdom of Saudi Arabia’s approach. Its economy is not immune to a price crash, even if it believes it can win market share from its rivals.

But under Mohammed bin Salman, crown prince, the kingdom has gained a reputation for risky and unpredictable moves when it has felt the need to assert itself.

Why did Russia not agree to cut production?

Russia said it wanted to see the full impact of the coronavirus on oil demand before taking action.

But Moscow has also been keen to test the US shale industry. It believes that cutting output would only hand a lifeline to a sector whose growth has turned the US into the world’s largest oil producer, gaining customers at Russia’s expense.

US sanctions on Russian energy companies, including those that targeted the trading arm of state-backed oil champion Rosneft last month, and attempts to halt the Nord Stream 2 gas pipeline to Germany, have infuriated the Kremlin.

US shale has struggled to be profitable despite its growth over the past decade. People briefed on Moscow’s strategy said Russia thought there was an opportunity to hurt the US oil industry.

“The total volume of oil that was reduced as a result of the repeated extension of the Opec+ agreement was completely and quickly replaced in the world market with American shale oil,” a spokesman for Rosneft said on Sunday.

Saudi Arabia’s approach to a possible deal with Russia was a take-it-or-leave-it demand to join them in reducing an additional 1.5m barrels a day, taking total cuts to 3.6m b/d or roughly 4 per cent of global supply. That is thought to have riled Moscow, which does not see itself as a junior partner.

What will happen to the US shale industry?

The price crash came at a difficult time for US shale. While production has soared over the past decade, leapfrogging that of Russia and Saudi Arabia, the industry has burnt through borrowed cash, alienating investors.

That has left it vulnerable to a drop in prices. The huge oil price fall since the start of the year has thrown any remaining expansion plans into doubt.

The hit to production, however, may be muted. Many of the small independent producers that make up most of the US shale sector have hedged their output at higher prices. Supply is unlikely to fall immediately.

“In our view, US shale production will not decrease fast enough to vindicate the Russian views on curbing it,” said Ayham Kamel, head of Eurasia Group’s Middle East and North Africa practice.

But many shale producers could struggle to secure new financing to roll over their existing debts. Many junk bonds — those rated as below investment grade — issued by energy companies are traded in distressed territory.

For President Donald Trump the price crash had posed a conundrum. Lower oil prices are an important part of his pitch to voters, frequently calling on Opec to bring them down. But a prolonged price fall could spell economic trouble for energy-producing states such as Texas and North Dakota.

Hopes for an oil price recovery in the short-term have been pinned on the coronavirus outbreak being contained faster than expected.

Traders have warned that global oil demand in 2020 could contract for the first time since the financial crisis more than a decade ago. Oil consumption could be at least 1-2 per cent lower this year than what analysts had expected at the beginning of the year, with demand taking a hit from restrictions on air and road travel.

But with the possibility of the coronavirus developing into a global pandemic, crude’s short-term prospects look bleak.

This new Saudi approach will only harden Russia’s position

Much depends on how aggressively Saudi Arabia will raise production. It has more spare capacity than any other country, so it can boost output quickly and potentially add more than 1m b/d in the coming months. It can also pull oil out of storage to increase exports.

Russia’s ability to boost its output is probably more constrained. Lower prices could jeopardise President Vladimir Putin’s longer-term promises to invest in areas such as infrastructure and social spending.

Saudi Arabia may have hoped that the enormity of the price fall would force Russia to return to the negotiating table, but that seems unlikely.

If very low prices persist, other oil producers will eventually be forced to scale back expansion plans or their output could drop owing to a lack of investment. But that could take a long time and oil demand growth was already forecast to slow in the second half of the decade. Betting on a quick price recovery looks premature.

What does it mean for big oil?

After oil prices crashed in 2014 the likes of Royal Dutch Shell, BP and ExxonMobil retrenched.

They cut costs aggressively, sold off assets and streamlined their operations to stay profitable at lower oil prices and protect their business from market slides.

But while they have become more efficient, generating more cash when prices averaged around $65 a barrel over the past two years than when they traded at $100, they face different pressures.

Companies have been desperate to maintain dividends and payouts to shareholders unsettled by predictions oil demand could peak in the next decade. At the same time they need to reduce debt and look to new energy sources such as renewables, fearing a long-term shift away from fossil fuels.

With oil at less than $40 a barrel, many investors doubt this is possible. Share prices will probably come under pressure in the coming days.

“Highly leveraged companies will be most impacted by the decline in crude prices,” said Bernstein analyst Neil Beveridge.