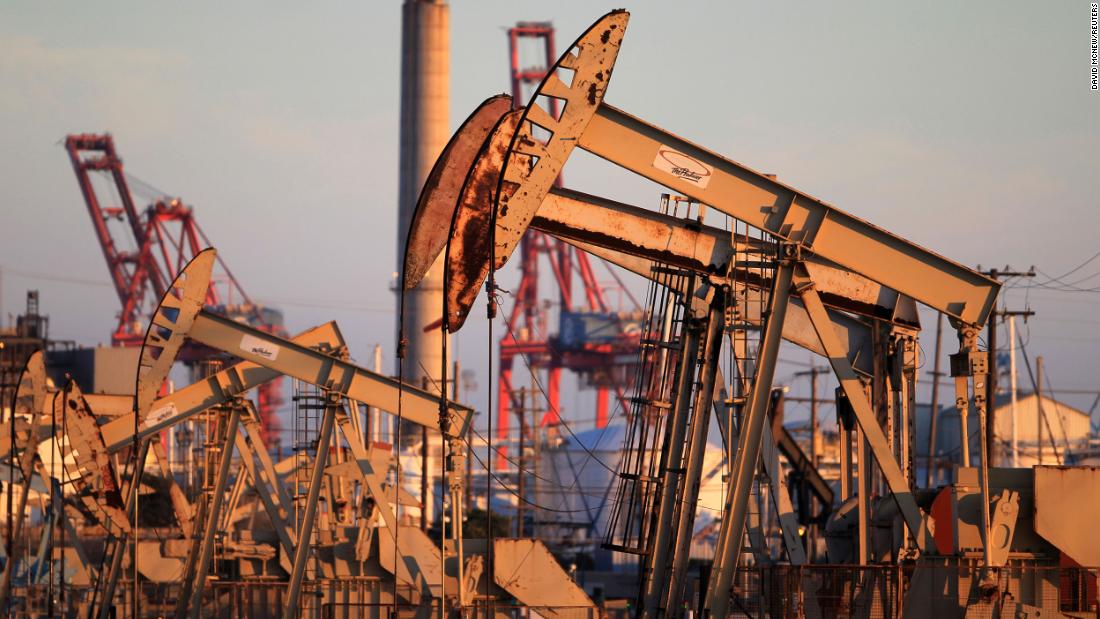 Intensifying recession fears drove US oil prices to the lowest level since June 2002 on Wednesday. Crude plunged as much as 9%, touching a low of $24.42 a barrel.

The relentless selling is being driven by a crushing combination of excess supply and shrinking demand. And it’s dealing a crushing blow to America’s once-booming oil industry.

Russia refused to cut production, in a bid to drown America’s high-cost shale producers in a sea of cheap crude. Saudi Arabia responded by slashing prices and ramping up production — exactly the opposite of what was needed to balance the market.

“With each day there seems to be yet another trapdoor lying beneath oil prices,” Louise Dickson, analyst at Rystad Energy, wrote in an emailed comment. “What we are seeing here is essentially the atomic bomb equivalent in the oil markets.”

Demand is collapsing at breathtaking pace

With travel restrictions and quarantines accelerating, energy analysts are scrambling to downgrade their oil demand forecasts.

Goldman Sachs now expects 2020 oil demand to shrink by 1.1 million barrels per day, hitting a low in March when demand could plunge by 8 million barrels.

Jet fuel is the biggest problem, with airlines around the world scrapping flights and parking planes because of travel restrictions. Global commercial air traffic will drop by about 20% this year, Rystad predicted.

Against that dismal backdrop, analysts warn more selling is likely to come in the oil patch.

Goldman Sachs warned Tuesday evening of an “inevitable fall” in US oil prices to around $20 a barrel during the second quarter. That’s well below the Wall Street bank’s previous call for $29 oil.

One of the problems is that there is now so much oil around the world that it will be difficult to find places to put it all.

“We believe the velocity of the upcoming inventory builds is now certain to overwhelm the ability to fill storage,” Damien Courvalin, head of energy research at Goldman Sachs, wrote to clients in a note.

The oil crash could provide a bit of good news to American consumers shellshocked by the coronavirus crisis.

The national average price of gasoline has dropped to $2.22, according to AAA. That’s down from $2.44 a month ago. Two-thirds of all US states are seeing double-digit price drops on the week, AAA said.

Yet many drivers won’t even get to take advantage of the cheap prices at the pump because of travel restrictions and requirements to work from home. That calls into question how much American consumers will really benefit from the oil crash.

What is far more certain is the pain the oil crash will inflict on America’s oil industry. Major oil companies including Chevron (CVX) and ExxonMobil (XOM) have warned of spending and cost cuttings. Occidental Petroleum (OXY)slashed its dividend by 86%. And many smaller oil companies riddled with debt will be forced to lay off workers and consider filing for bankruptcy.