Oil exec: The US government shouldn’t bail us out (opinion) 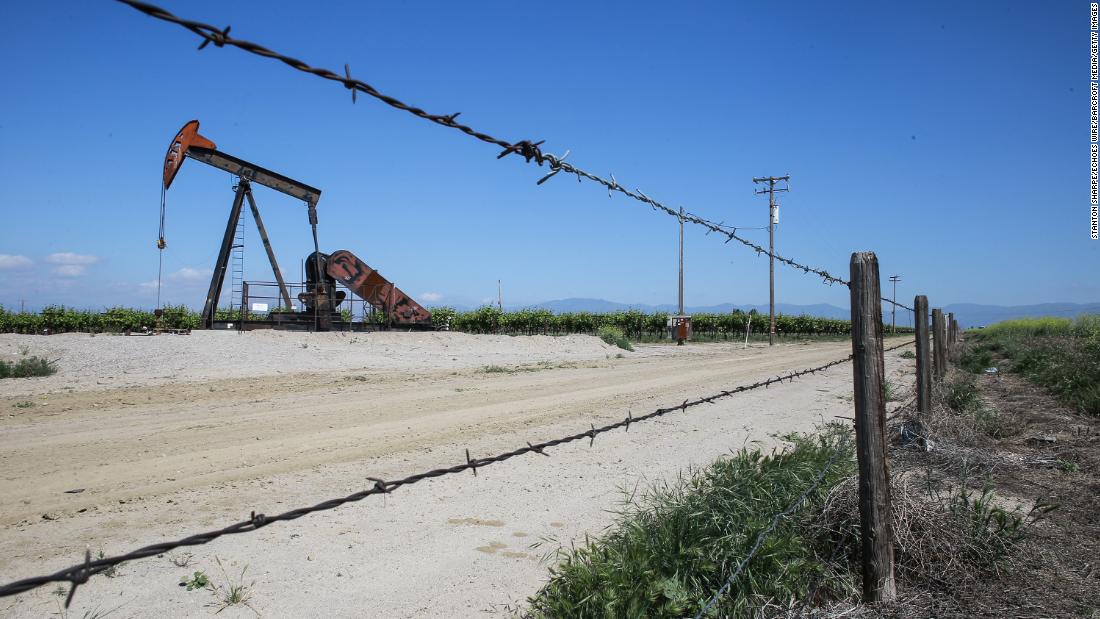 With no demand for oil due to Covid-19 stay-at-home orders and few places left to store it, producers holding contracts to deliver oil in May were forced to pay buyers roughly $40 a barrel just to take it off their hands.

President Trump indicated that some sort of financial bailout for the US oil industry — and the millions of jobs it supports — could be in the works. The administration has allowed companies to store surplus oil in the national Strategic Petroleum Reserve and is trying to get approval from Congress to purchase oil outright for the SPR while prices are low. But so far there has been little in the way of direct aid for the industry or its workers. At least, not yet.
“We will never let the great U.S. Oil & Gas Industry down. I have instructed the Secretary of Energy and Secretary of the Treasury to formulate a plan which will make funds available so that these very important companies and jobs will be secured long into the future!” Trump tweeted on April 21.

But the president must be careful. Any protective measures or a bailout for the US oil industry would not only be politically dicey, it could also undermine the free market forces needed to reshape and strengthen the sector in the longer term.

The unfortunate truth is that the US oil industry must endure this brutal period, the worst crisis in its history, without much help from Washington if it wants to be able to compete with lower-cost rivals like Saudi Arabia and Russia in the future. Because that future likely involves operating in a lower price environment than before the pandemic arrived.

Recent negative prices for oil should accelerate the decision to shut-in wells for many companies rather than lose money on barrels that nobody wants. We’re also seeing an uptick in bankruptcies across the oil industry. Both are necessary to begin the process of rebalancing the oil market and building a stronger domestic energy sector for tomorrow.

Shut-ins, which have already been announced by a number of US oil companies, including Chevron, ConocoPhillips and Occidental, won’t be unique to America. They are also taking place in Canada and Brazil, and before all is said and done, market forces will likely drive most global producers to reduce production.
Worldwide oil production is now expected to decline by 12 million barrels per day in May, according to the International Energy Agency (IEA). In the United States, production could fall by as much as 2.8 million barrels per day by the end of 2020.

There will be no other choice when storage tanks fill and demand remains historically depressed. The IEA estimates the oil supply surplus will be 26 million barrels a day for May.

There is no managing your way out of that kind of market.

That’s why implementing protectionist measures like tariffs or anti-dumping laws, or whipping up a massive industry bailout, doesn’t make sense. The US oil industry is not too big to fail. In fact, underperforming swaths of it should be allowed to fail.

Government intervention in the market risks delaying the rebalancing that needs to happen, particularly in the US sector where many companies are burdened by heavy debt loads.

If WTI is at $20, 533 US oil exploration and production companies will file for bankruptcy by the end of 2021, according to estimates by Rystad Energy. At $10, there could be more than 1,100 bankruptcies, Rystad estimates. Even at current price levels, many in the sector are struggling under too much debt to survive without a more robust price recovery.

The truth is that the US shale sector was rife with underperformers that relied too heavily on debt to fund operations. Many companies faced a reckoning this year even before the double black swans of the coronavirus and the Saudi-Russian price war emerged.

Capital markets were already closing to many weaker US oil companies. Investors will separate the wheat from the chaff, whether through bankruptcies or merger and acquisition activity.

In the long run the oil industry will be better off it it’s led by fewer, stronger, well-managed companies, because it will be imperative for the sector to drive down its break-even costs to sub-$30 WTI levels.

It’s unclear what Covid-19’s long-term impact will be on societal and consumer behavior and future oil demand. Peak demand was already believed to be less than a decade away by many experts, including the IEA. It’s very possible that Covid-19 has brought about peak production in US shale as well.

At minimum, it will take at least a couple years to use up the massive oil inventories that have built up. And it sure looks like we’ve entered an “even lower for even longer” price environment, especially with the low-carbon energy transition and climate policy applying more pressure.

Government protection or bailouts won’t ready the industry for this tough new era. Yes, we should take steps to help the workers laid off by this crisis. But if the Trump administration really wants to help the industry, it will let free market forces drive the restructuring that is necessary.