Oil falls 12% on doubts over any Saudi-Russia deal 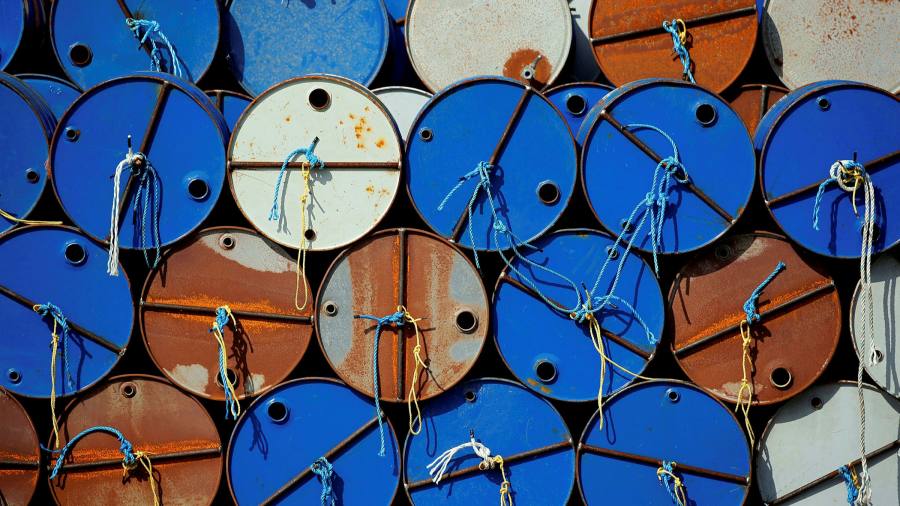 Oil prices fell 12 per cent as markets reopened on Sunday after Saudi Arabia and Russia traded barbs over the weekend, casting doubt on their ability to reach a deal to cut oil supply to shore up prices devastated by their month-long price war and the coronavirus pandemic.

Brent crude fell in early trading to just over $30, losing more than $3 a barrel but holding on to the bulk of the gains made last week when Donald Trump, US president, sparked a rally after suggesting that Saudi Arabia and Russia would agree to remove 10m-15m barrels a day of oil.

Brent hit an 18-year low near $20 a barrel early last week, before rebounding to near $34 a barrel.

It still remains down by more than half since January, spreading fear through the industry. Brent stabilised shortly after the open to trade down about 8 per cent near $31 a barrel. US benchmark West Texas Intermediate lost a similar amount to trade near $26.

The oil producers’ meeting, initially scheduled for Monday, has been postponed until Thursday as a war of words between Moscow and Riyadh deepened, with both accusing each other of sparking the price war to hurt the US oil sector.

Saudi Arabia moved to flood the market last month after Russia refused to make further cuts to production, before the extent of the demand collapse from coronavirus lockdowns was fully known.

Mr Trump’s comments over the weekend, saying that he preferred the “free market” to resolve the price collapse, but hinting that the US could impose tariffs on Saudi Arabian and Russian oil supplies, also hurt oil prices as traders discounted rumours that Texan oil producers might formally join Opec cuts.

Mr Trump said on Sunday: “I would do tariffs, very substantial tariffs, because we’re independent and we want to have our own oil. And if I did the tariffs, it would make sense, it would be saying we don’t want foreign oil.”

But he added he did not think he would have to use them as the price crash was hurting Saudi Arabia and Russia and would force them to make a deal. He made no comment on US participation in any agreement.

Crude demand has fallen by roughly a third because of the coronavirus pandemic, the biggest drop in history, with the loss of more than 30m barrels of day of global demand threatening to quickly overwhelm the industry’s ability to store it.

Saudi Arabia has called for a host of western oil-producing countries to co-operate in output curbs. Norway and Alberta, Canada’s largest oil-producing province, said they would participate in the Opec meeting.

The Financial Times also reported on Saturday that US and Canadian officials had discussed imposing tariffs on Saudi oil imports to North America to press the kingdom to abandon its price war and boost prices.

Mr Trump said on Saturday that he would do “whatever I have to do” to protect the US industry, which is facing the prospect of mass job lay-offs and production shut-ins, especially in the shale sector that has transformed the US into the world’s largest producer.

He has also hinted that US military aid to Saudi Arabia could be on the line, reflecting the depth of the schism with one of its closest allies in the Middle East.

“The opening move down reflects the reality that even if there was to be a deal, which now seems to be postponed, the overwhelming loss of demand will keep driving prices lower until storage is full and production is shut in,” said Andrew Gillick, energy sector strategist at consultancy RS Energy Group in New York.