Oil is up $80 in seven weeks. The remarkable recovery could be too good to be true 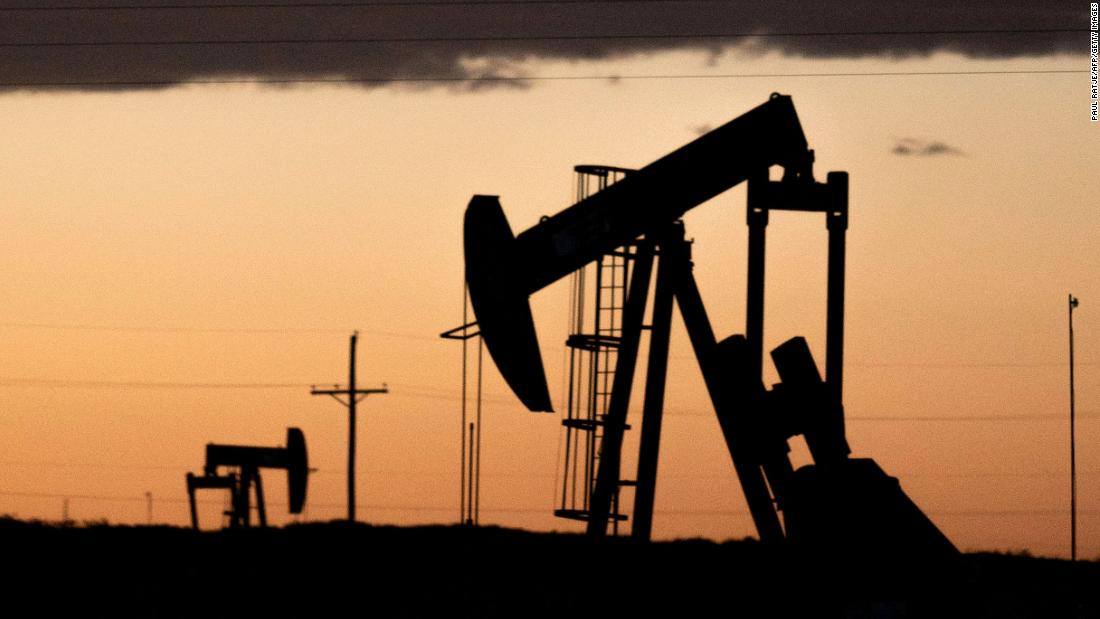 US crude topped $40 a barrel this week. That wouldn’t typically be notable — but right now, that marks an $80 leap from its unprecedented trip below zero just seven weeks ago, when it hit a low of -$40.32 a barrel on April 20. Meanwhile Brent crude, the world benchmark, has more than doubled since mid-April.

The oil comeback also reflects enthusiasm for record-setting production cuts by OPEC, Russia and their allies, plus the sharp pullback in output from the United States, the world’s leading producer.

Yet there are rising concerns that the rally in the oil patch is too good to be true. The glut of unneeded barrels hasn’t gone away. Even the biggest oil bulls don’t see demand returning to pre-pandemic levels anytime soon. And the threat of a second wave of coronavirus infections looms large.

“The market may have gotten a little ahead of itself. The risks are skewed sharply to the downside,” said Bob McNally, president of consulting firm Rapidan Energy Group.

Oil traders are betting the vast oversupply of barrels that turned prices negative on April 20 will quickly vanish. But analysts stressed that this delicate rebalancing takes considerable time — and it’s no slam dunk.

Goldman Sachs warned Monday that oil market fundamentals are “turning bearish” and prices will likely suffer a “pullback” in the coming weeks.

The Wall Street bank cited four major challenges: Demand expectations are “running ahead” of fundamentals; the level of inventories remains “daunting”; US shale and Libyan oil production is already restarting; and prices are approaching levels that will cause OPEC supply cuts to ease and Chinese purchases to slow.

Goldman Sachs expects US oil prices will average just $34 in the third quarter.

That’s despite the latest efforts by OPEC to revive the market from its historic collapse. Last weekend, OPEC and all but one of its allied countries reached a deal to extend the record oil production cuts through July. Moreover, the group achieved new commitments to adhere to quotas from countries like Iraq and Nigeria that weren’t doing so.

“Russia and Saudi Arabia are no longer at each other’s throats. They are arm-in-arm,” said McNally.

At the same time, the world’s thirst for oil is slowly improving. The lifting of stay-at-home orders is naturally causing an uptick in demand for motor gasoline, jet fuel and diesel off extremely weak levels. Even New York City, the epicenter of the pandemic, is beginning to reopen its economy.

“End-user demand is clearly on the upswing,” Michael Tran, director of global energy strategy at RBC Capital Markets, wrote in a Tuesday note to clients.

That’s clear in US gasoline demand, which climbed by 885,000 barrels per day over the past week, according to RBC estimates based on real-time traffic data. That marks the best seven-day performance since stay-at-home orders were relaxed.

Although most models on Wall Street predicted supply-demand balances would flip into deficit later this month or early next, Tran said there are signs suggesting that bullish transition could happen weeks earlier than anticipated.

The pandemic isn’t over

Of course, the risk is that the rebalancing in the oil market is derailed by a resurgence of coronavirus infections that causes authorities to abandon their reopening plans.

That’s what is happening in Israel, which announced Monday it would “hit the emergency brake” on its reopening plans because of a sharp increase of coronavirus cases.

Morgan Stanley biotech analyst Matthew Harrison said in a note on Tuesday that the bank is monitoring for a potential “breakout” in states where new cases and/or hospitalizations are “accelerating again.” Harrison listed Arizona, California, Oregon, Florida, South Carolina and Texas as states to watch. Morgan Stanley now predicts a total of 2.5 million Americans will get infected, up sharply from its forecast for 1.4 million infections just a month ago.

“A second wave of the pandemic isn’t such a distant possibility anymore,” Bjornar Tonhaugen, head of oil markets at Rystad Energy, wrote in a note on Tuesday. “If it is realized, oil demand, which has slowly been recovering, might plunge back to lockdown levels.”

‘Shale will come back.’ But how fast?

Even if the health crisis remains under control, there is a risk that the rebound in the oil market will once again be self-defeating. In recent years, higher prices have encouraged oil companies, especially US frackers, to sharply ramp up output. That in turn led to excess supply.

“We do have to be worried about a double bump in this process,” ConocoPhillips (COP) CEO Ryan Lance said during a CERAWeek conversation that was published Tuesday.

Wall Street will strongly urge once-booming shale companies to exercise restraint as they dip their toes back in the water.

“Shale is not broke; shale is not gone; shale will come back,” Lance said. “But I do think it comes back slower because there’s going to be pressure on companies to refine their capital program, maybe not grow dramatically as they were before.”

McNally, the Rapidan Energy president, agreed that shale oil companies will be careful.

“After an $80 swing in oil prices, the champagne is not yet uncorked,” he said. “It’s way too early to celebrate.”