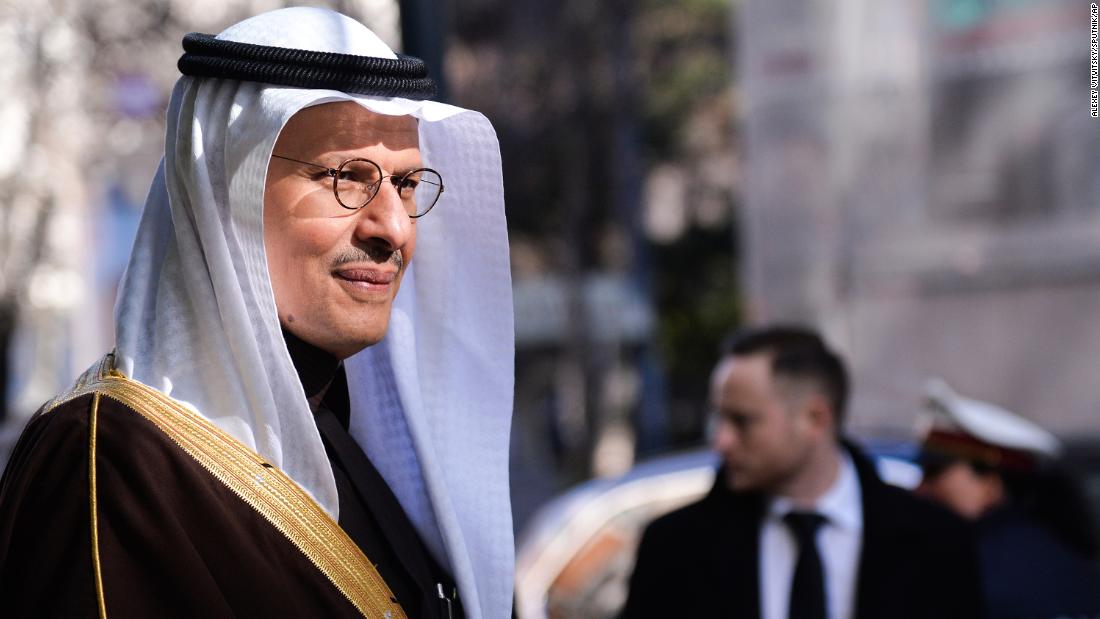 The OPEC cartel led by Saudi Arabia on Thursday had proposed a two-pronged approach to its key ally Russia: extend existing production cuts of 2.1 million barrels through to the end of 2020; and make further cuts of 1.5 million barrels per day.

But Russia refused to back the plan at a meeting with OPEC in Vienna on Friday, leaving the future of its three-year alliance with the cartel in doubt and raising the prospect of a huge supply glut.

OPEC Secretary General Mohammed Barkindo, speaking to reporters after the meeting broke up, said there was no consensus to extend the policy of supply restraint beyond the end of March and OPEC would not act unilaterally. Discussions would continue, he added, but gave no further detail.

Russian energy minister Alexander Novak told CNN Business that producers would make their own decisions on what to do from April 1.

Brent crude, the global benchmark, settled 9.4% lower at $45.27 a barrel. That was its worst level in nearly three years. It was the worst one-day percentage drop since December 2008.

OPEC has faced immense pressure to act since oil prices fell into a bear market last month, or 20% below their previous peak, as the coronavirus outbreak destroyed demand for fuel, initially in China. Prices have now fallen 33% since early January.
Research firm IHS Markit predicted Wednesday that oil demand will suffer its steepest decline on record in the first quarter — worse even than during the 2008 global financial crisis — as schools and offices close, airlines cancel flights and a growing number of people hunker down at home.

Goldman Sachs told clients this week that OPEC needed to agree to curb production by at least 1 million barrels per day in order to avoid a “sharp” sell-off.

The investment bank now believes that oil demand will shrink in 2020. Before the coronavirus outbreak, it expected demand to increase by 1.1 million barrels per day.