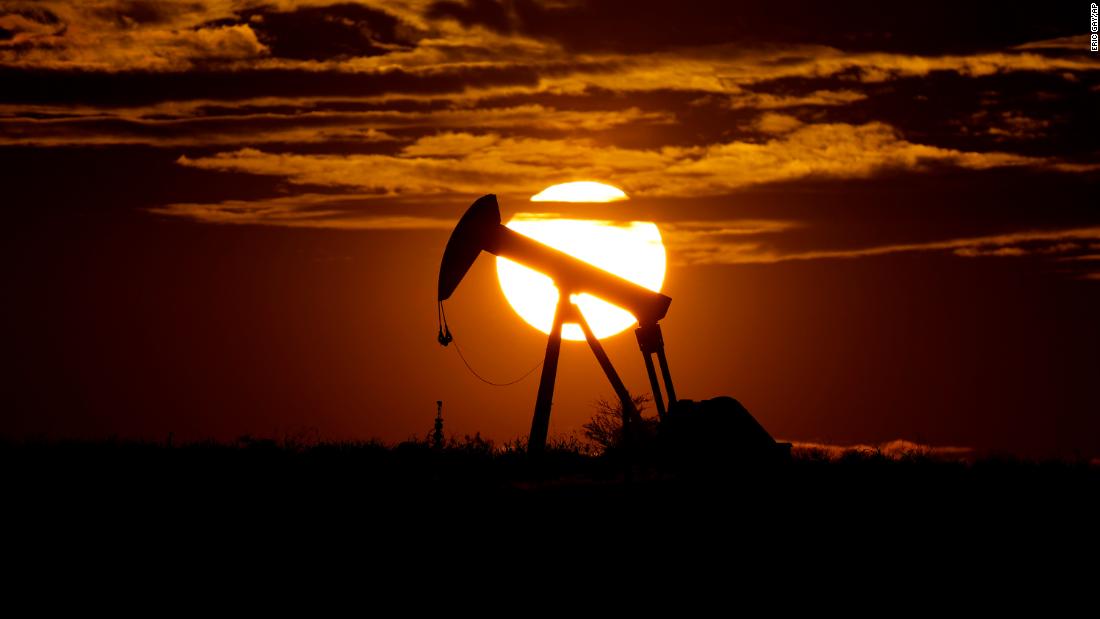 US oil futures were last down nearly 22% at $14.29 a barrel, their worst levels since 1999. Monday’s plunge comes after prices hit an 18-year low last week as markets realized that record output cuts agreed by OPEC, Russia and other producers aren’t nearly enough to offset the loss in demand.

“It hasn’t taken long for the market to recognize that the OPEC+ deal will not, in its present form, be enough to balance oil markets,” wrote Stephen Innes, chief global markets strategist at AxiCorp, in a research note.

The May futures contract for West Texas International is about to expire, and frantic last minute trading iscompounding concerns about how much oil the United States will be able to store as demand dries up, according to Bjornar Tonhaugen, head of oil markets at Rystad Energy. He said that is leading to these “large price swings.”

Meanwhile, London’s FTSE 100 (UKX) and Germany’s DAX (DAX) opened narrowly higher, but France’s CAC 40 (CAC40) was slightly negative.
Europe’s tepid open followed an uneasy day in Asia, where Japan’s Nikkei 225 (N225) closed down nearly 1.2% as the country reported that exports fell sharply last month while the coronavirus weighed on economic activity. South Korea’s Kospi (KOSPI) ended 0.8% lower after struggling for direction much of the day.
Hong Kong’s Hang Seng Index (HSI) ended down 0.2%, while China’s Shanghai Composite (SHCOMP) closed 0.5% higher. The People’s Bank of China on Monday cut its one-year Loan Prime Rate by 20 basis points to 3.85%. The cut to the rate was widely expected after the central bank cut another key lending rate last week.
Dow (INDU) futures, meanwhile, were last down 235 points, or around 1%. S&P 500 (SPX) futures dropped 0.9% and Nasdaq (COMP) futures fell 0.6%.
Last week, Wall Street logged its second-straight week of gains. Investors appeared optimistic about a potential coronavirus treatment and discussions about reopening parts of the US economy. The surge came despite a dire GDP report from China and news that 22 million Americans have filed initial unemployment claims in the past four weeks.
The coming week will bring further information on how major US corporations have been affected by the coronavirus pandemic, as companies including Netflix (NFLX), Delta Air Lines (DAL) and Chipotle (CMG) report earnings for the first three months of 2020.
But it could also bring needed relief for the country’s smaller businesses. Treasury Secretary Steven Mnuchin told CNN’s Jake Tapper that an an agreement with Democratic congressional leaders could be reached Sunday to provide billions of dollars more to small businesses through the Paycheck Protection Program.

-— Julia Horowitz contributed to this report.