Oil storage to max out in months as coronavirus crushes demand 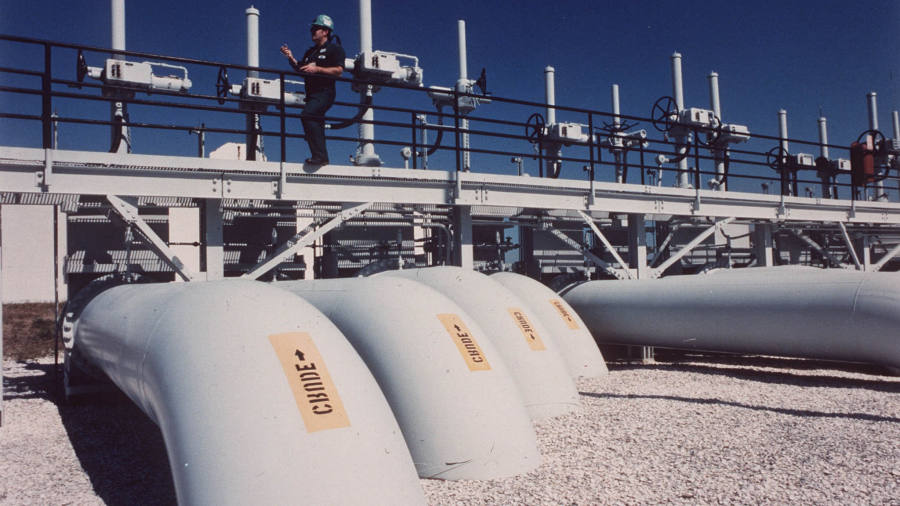 The world could run out of oil storage capacity within months, according to the biggest energy traders, as the coronavirus pandemic crushes demand for fuel at the same time as the Saudi-Russia price war boosts supplies.

Traders are predicting oil demand could fall at the fastest pace on record, as entire industrialised countries go into lockdown and major cities such as London and New York take drastic measures to try to slow the spread of the virus.

For those renting out storage tanks or snapping up cheap oil with an eye on selling it at a profit later, this is a gift. But the oil industry’s capacity for storage is likely to be tested like never before, and prices may have to fall further to force the closure of oilfields.

“Something will have to give,” said Torbjorn Tornqvist, chief executive of Gunvor. “The world is producing too much oil.”

Traders such as Gunvor are predicting demand could fall by at least 5m barrels a day in April — the equivalent of 5 per cent of global demand — as nations grapple to control the virus.

At the same time, supply from Saudi Arabia is expected to jump by about a quarter, with Russia and the UAE also increasing output, amid a battle for market share stemming in part over disagreements over how to respond to the crisis. In total that could take the surplus to at least 8m barrels per day.

We are not there yet but we are not going to have any space onshore and it will be hard to find any storage on water. Therefore, the price will have to fall to motivate someone to cut production

But as the economy slows, many traders are starting to say that number could rise sharply. Eurasia Group, a consultancy, said global demand could drop by a quarter, or 25m barrels a day, at various points this spring.

Already, owners of onshore tank farms are fielding calls from traders looking for storage to keep oil that they snapped up as crude prices more than halved from $70 a barrel in early January to $30 today.

Eelco Hoekstra, chief executive of Vopak, one of the world’s largest onshore oil tank companies, said he had seen “an increase in the number of inquiries for storage of crude oil and oil products in our global network”.

Giovanni Serio, head of analysis at Vitol, the world’s largest independent oil trader, said that soon traders would have no option but to start storing oil on tankers at sea — a more expensive option.

“The combination of weakening demand and excess supply is hardly going to be accommodated by onshore storage,” Mr Serio said. “At a certain point . . . we will need to fill all the boats.”

Kayrros, a company that monitors oil storage globally through satellite imagery, said that if current supply and demand projections are accurate, at most there could be six months until all onshore tanks are filled.

“[But] in practice, storage capacity is likely to be much more limited than these headline figures indicate due to operational constraints,” said Kayrros, estimating storage was already 61 per cent full. “Not all crude tanks are available to all market participants, and not all crude grades can be stored in any tanks.”

For traders such as Vitol, Glencore and Trafigura and the dealing arms of the oil majors, it could be a recipe for bumper paydays.

In the last oil crash between late 2014 and 2016, the largest traders spun billion-dollar profits through so-called contango trades. Traders with access to capital and storage can buy cheap barrels in the spot market and lock in an almost guaranteed profit by selling them forward in futures markets, as oversupply pushes short-term contracts to a large discount to later-dated ones.

Two weeks ago Glencore hired one of the world’s largest oil tankers, an Ultra Large Crude Carrier — one of only two remaining in the world — which is capable of storing 3m barrels of crude. Normal supertankers hold about 2m.

One concern for traders looking beyond onshore storage may be that using supertankers to float oil offshore may be more difficult this time.

Saudi Arabia’s determination to flood the market in an attempt to hurt weaker rivals has caused tanker rates to soar, as the kingdom scrambles to charter ships to get the additional oil to market.

That skews the economics of the trade. But oil prices are moving in a direction that could make it feasible, with the spot price of Brent crude falling faster than longer-dated contracts. The 12-month spread has widened to almost $11 a barrel, from 38 cents at the start of the month.

Richard Matthews of Gibson Shipbrokers said prices for six-month charters had more than doubled to $85,000 a day, while three-month ship rentals had soared to about $150,000 a day. But some tankers are going in the spot market for $300,000 per day.

“Sooner or later those spot rates will have to give, so ship owners should consider locking in long-term rates,” Mr Matthews said. “But it will give ship owners pause when freeing tankers up for longer-term charters.”

Mr Serio at Vitol said that on the current trajectory even sea-based storage could eventually become maxed out.

“We are not there yet but we are not going to have any space onshore and it will be hard to find any storage on water,” Mr Serio said. “Therefore, the price will have to fall to motivate someone to cut production.”