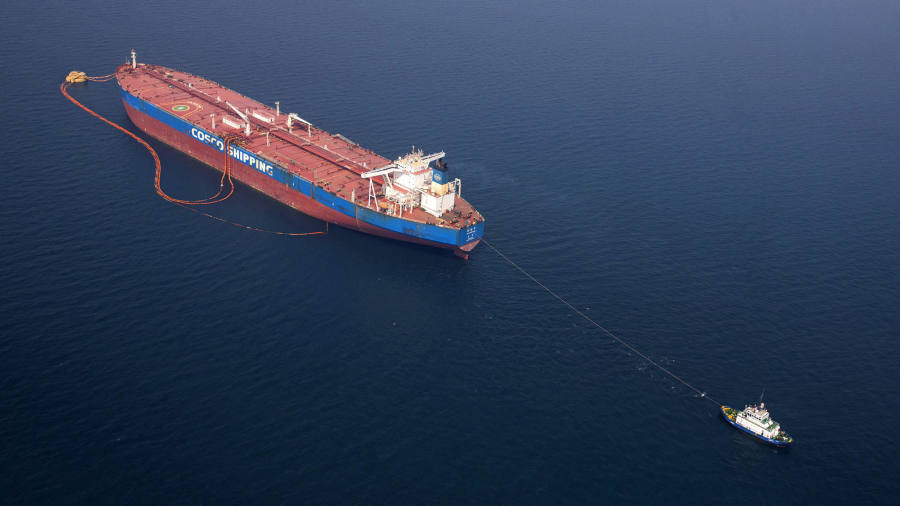 Rates to hire large oil tankers have surged in the wake of Saudi Arabia’s decision to flood the market with heavily discounted barrels of crude as it escalates a price war with rival producers.

The average cost of chartering a very large crude carrier, capable of holding at least 2m barrels of oil, has jumped to $85,000 a day, up more than 150 per cent on this time a week ago, according to ship brokers.

Chartering a tanker for the route between the Middle East and China is even more costly, reaching $105,000 a day on Wednesday after Bahri, the shipping arm of state oil company Saudi Aramco, made a rare appearance in the market.

Erik Hovi, research analyst at Clarksons Platou Securities in Oslo, said the company’s brokers reported Bahri hiring nine vessels, pushing Middle East-China rates “from $28,000 a day all the way to $105,000 a day for the last fixed ship seen this morning”.

Mr Hovi said some of the vessels booked by Bahri would be heading west and to the US gulf coast — a voyage that used to be common before the shale oil revolution.

“Bahri owns its own ships and rarely comes to the spot market for more vessels. This is therefore a good indication that the taps are opening again . . . and that Saudi Arabia, now looking to export above its max production capacity, is likely to need more ships to cater to its own transportation,” he said.

After Russia refused to back proposed Opec production cuts on Friday, Saudi Aramco launched an oil price war, announcing plans to offer its crude at deep discounts to win customers.

That move was followed on Tuesday with the news that Saudi Aramco would boost supplies to a record 12.3m barrels per day in April, or 300,000 b/d more than its maximum production capacity, in an apparent attempt to punish Russia and squeeze the US shale industry.

The extra crude Saudi Aramco plans to supply is equivalent to about 60 VLCCs or 7.5 per cent of the existing fleet, according to Mr Hovi. He predicts rates could hit $150,000 a day in April.

Rates had plunged in February on fears that a deadly coronavirus outbreak would dent demand for crude in China. The sharp fall in crude oil prices to about $36 a barrel has raised speculation that traders and speculators could scramble to hire vessels in an attempt to profit by storing crude and selling later for a higher price.

This can happen when future supplies are more expensive than those for immediate delivery, a market structure known as “contango”.