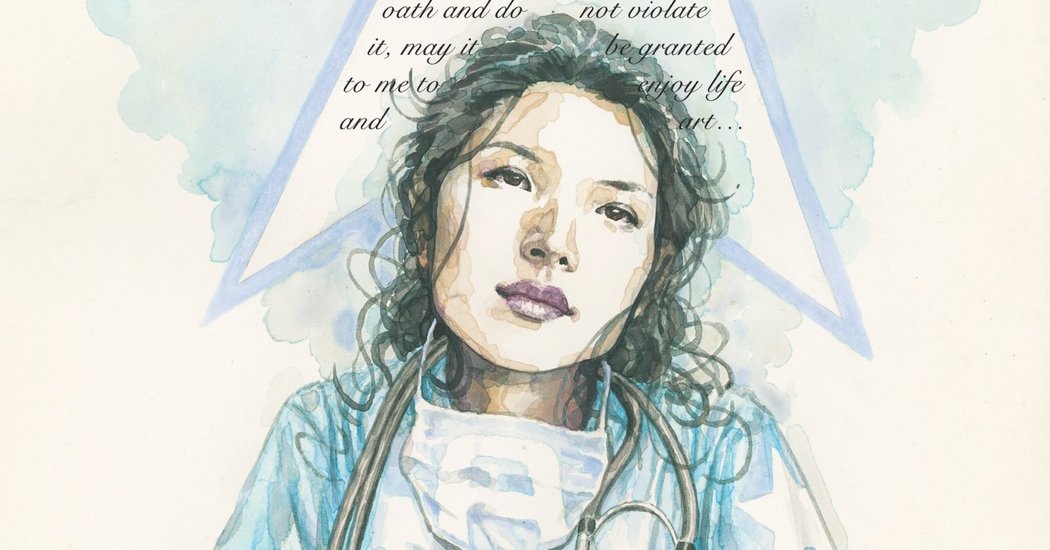 A grass-roots charity auction on Twitter in support of comic-book retailers whose businesses have been disrupted by the coronavirus pandemic has netted more than $430,000.

Many comics creators contributed additional artwork or offered some kind of Zoom experience to the second-highest bidders, which was a surprise, said Kami Garcia, a writer behind the effort.

The author Gwenda Bond, another of the Creators 4 Comics organizers, said that the group chose the foundation, which grants emergency relief to booksellers, because it processes aid rapidly and because individual employees as well as small businesses owners could apply for assistance.

Pamela French, the executive director of the Book Industry Charitable Foundation, said in an interview that the organization had seen an increase in applications for assistance from the comic book community during the Twitter auctions.

Ms. French said there are different criteria for aid to individuals and businesses. For individuals, household assistance is a top priority. “If someone’s rent was $1,000, they’d fall into a $1,200-and-under” grant, she said. As for stores, “they have to verify that they’ve lost 50 percent or more of their sales,” Ms. French said. They also need to confirm insufficient savings. But “our goal is not to turn anyone away,” she added.

John Robinson, the co-owner with Jamie Graham of Graham Cracker Comics, a chain of stores primarily in Illinois, said he had had to furlough nearly all his employees. When he read about the foundation, he encouraged workers to apply for aid. “One person told me that they helped with a mortgage payment,” he said, adding that the aid had arrived within a week.

Mr. Robinson has an application pending for his business. Assistance for retailers is expected to be distributed in mid-May. His 12 stores are in California, Illinois and Wisconsin, which are under shelter-in-place rules but have been taking online orders. “It’s not enough to pay 12 stores’ rents,” he said, “but it is enough to pay utilities and to make partial payments to make people happy.”

There are bright spots ahead. “This week, some comics are starting to return,” he said. DC, the publisher of Superman, shipped comics that arrived on Monday. His said his customers are likely to wait until Friday, when his Illinois shops will be able to offer curbside pickup.