Opec output curbs spur US shale to ramp up production 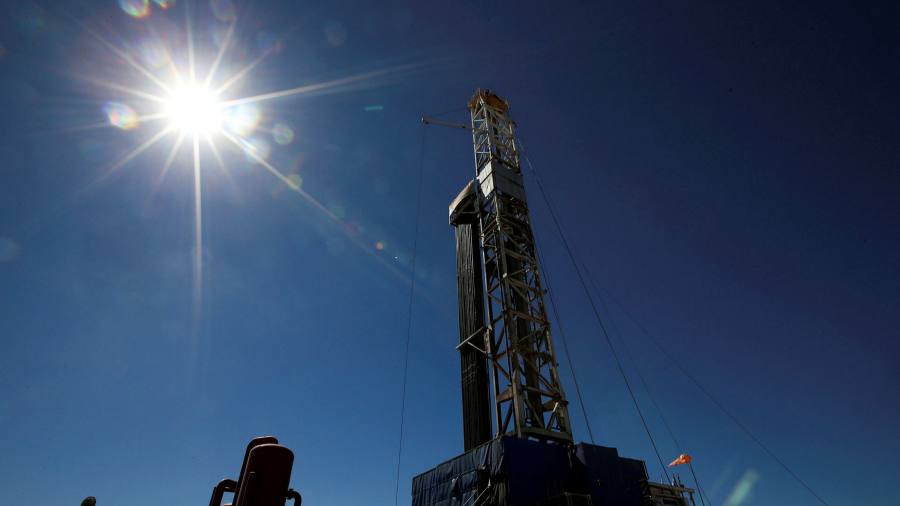 US oil production is set to shoot higher, as shale producers eyeing Opec’s move to support prices are poised to reactivate wells only a few weeks after shutting them.

Output could rise about 2m barrels a day, or 20 per cent, between now and the end of August as the bulk of the supply shut down during the recent price crash is brought back on stream, according to analysts.

But the rise in output will be shortlived as operators’ deep spending cuts hit drilling activity later in the year. It will nonetheless trigger alarm among Opec and its allies such as Russia, which are expected on Saturday to extend supply cuts agreed in April.

“In its bid to balance the market, Opec has perhaps again forgotten that shale plays by its own rules,” said Jamie Webster, a director at the BCG Center for Energy Impact.

Matt Gallagher, Parsley’s chief executive, said his company was adapting to “changing market dynamics” and would restore most of the 26,000 barrels a day it cut in May. But he said new drilling would remain suspended.

WPX and EOG have shut in 30,000 and 85,000 b/d of output respectively, but both said they had begun bringing some of this back online.

Saudi Arabia and Russia agreed to curb output under pressure from US president Donald Trump, after a price war between them threatened to destroy the US shale sector. The cuts, which began in May, were made on the understanding that US production would fall steeply.

It has done so — and more quickly than expected. On Wednesday, the federal Energy Information Administration said production dropped again last week to 11.2m b/d (though some consultants estimate the true figure to be roughly 1m b/d lower). It was 13m b/d in March.

However, with US oil marker West Texas Intermediate trading around $39 a barrel, almost four times its level six weeks ago, analysts say Opec’s price-supportive cuts mean producers are ready to restore most lost output — at least for now.

“Opec’s cuts provided that medicine US shale so desperately needed,” said Ian Nieboer, a director at RS Energy Group, a consultancy. “With WTI back above $35, most of the US shut-ins will be reversed.”

But the swing back into production has left some operators worried how Opec+ might react. Speaking on Bloomberg television, Scott Sheffield, chief executive of Pioneer Natural Resources, said there was “concern” in the industry. “I’m sure that’s going to have some kind of effect on the Opec+ meeting,” he said.

The US oil sector started the year under pressure, but the collapse in global demand during the coronavirus lockdowns and the Saudi-Russia price war exacerbated the situation, forcing shale operators to sack thousands of workers.

However, the imminent supply uptick has reinforced a sense that the worst oil crash in decades may have reached its bottom, with lockdowns easing and Opec expected to extend production cuts through the summer.

Saudi Arabia is expected to restart the extra 1m b/d it cut from supply in June in addition to the Opec+ deal. But the cartel’s core supply reduction of 9.7m b/d, or almost 10 per cent of global production, is expected to be maintained.

Shares in oil and gas producers have rebounded sharply, with the S&P 500 energy sector up more than 80 per cent since mid-March, outperforming the wider benchmark that has risen just over 30 per cent.

Of the up to 2.9m b/d of production that may currently be shut-in, about 2m b/d could be restored by August, according to Paul Horsnell, head of commodities research at Standard Chartered. The bottom of the production drop has probably been reached for now, he said.

Mr Nieboer said the shut-in volumes currently amounted to about 1.8m b/d, but at today’s prices the bulk would be restored by August.

But analysts agreed that the longer-term supply outlook was still for a steady drift lower, as depressed drilling activity failed to replenish the stock of producing wells.

“You’re going to start getting most of the shut-in production coming back, and then you get hit by the lack of drilling and completions,” said Mr Horsnell.

For now, Opec will be left watching Texas, with some concern that US production is about to rise sharply again, even if only for a while, just as the cartel is about to extend its cuts.

“There is a disconnect between what Opec understands and what shale will do,” said Mr Webster.