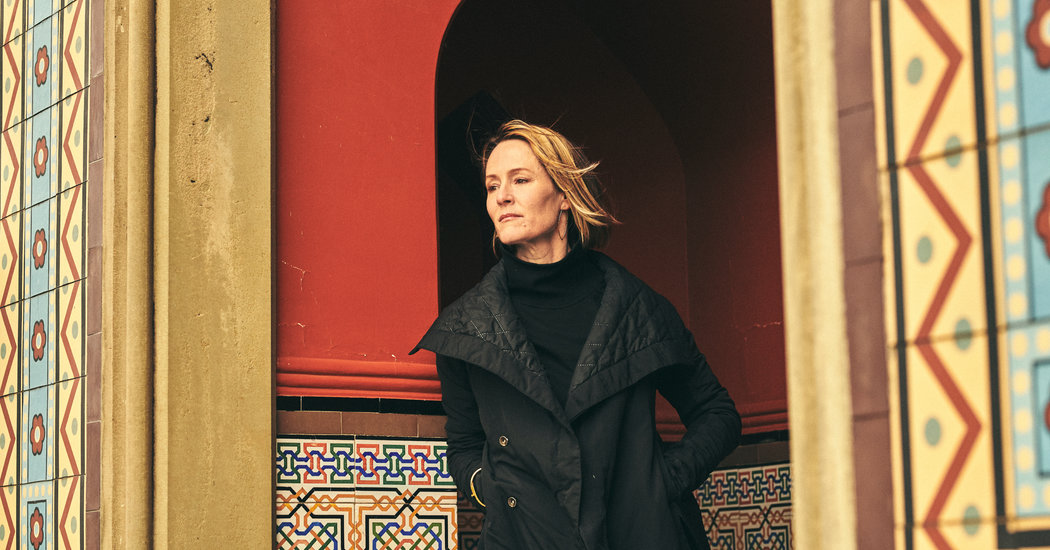 SAUGERTIES, N.Y. — For years, the Hudson Valley beckoned filmmakers looking for bucolic settings, and this year, it all seemed to be coming together. Film production in the area was on the rise, and additional studio space was planned.

Mary Stuart Masterson, the actress and founder of Upriver Studios, hoped to turn 104,000 square feet in three bays of a light-industrial complex off the New York Thruway in Saugerties into a state-of-the art film studio.

Armed with a long-term lease, she expected to have 40 construction workers this spring upgrading the space into film offices by June and studios by September. Upriver was negotiating with several film companies and networks to use the facility.

But with the coronavirus pandemic, the rented space remains as it was, with the building conversion delayed and productions indefinitely paused.

“The timing is, who knows?” said Ms. Masterson, who remains optimistic that “there is a tomorrow.”

Filmmakers had been finding their way to this upstate region for two decades, using old towns, abandoned warehouses, office parks and rustic locales to produce some 500 movies, and in the process pump more than $250 million into the local economy.

But since the pandemic lockdown, work has ground to a halt. “Things aren’t as they were, and they may never again be the same,” said Laurent Rejto, founder and director of the Hudson Valley Film Commission, a nonprofit organization based in the town of Woodstock that helps producers find locations, housing and crews.

“Many productions (including local ones) are postponing start dates for safety reasons,” Mr. Rejto posted on the foundation’s website. “Like many of you, we are trying to figure it out, one day at a time, and trying to stay productive.”

One of the main draws for the film industry is the area’s available and spacious real estate. The HBO series “The Plot Against America,” portions of which were filmed in the area, spent more than $2 million on location fees alone, Mr. Rejto said. The coming Netflix horror thriller “Things Heard and Seen” rented facilities at Tech City, the former IBM headquarters in Ulster.

“Werewolves Within,” a horror comedy starring Sam Richardson, an actor who has appeared on “Veep,” was filmed largely at Spillian, the Catskill Mountains resort in Fleischmanns, known for its Victorian-era buildings. The movie wrapped on March 10, 10 days early and just as businesses were shutting down because of lockdown orders.

Some productions were not as fortunate. When “the world ended,” Amy Hutchings was casting “The Hating Game,” directed by her son Peter Hutchings. Shooting was to begin in late April on the soundstage at the Saugerties Performing Arts Factory, a 55,000-square-foot warehouse and event facility with an 8,000-square-foot soundstage. A “Brooklyn office” set was to be built there, but that production is also delayed.

There are other “big unknowns,” Mr. Hutchings said.

“I’m waiting to hear how the film insurance industry is going to respond to this, because if they say every film production has to have a Covid or pandemic exclusion, if there’s an outbreak in the middle of production, either among the crew or a statewide lockdown, that puts everything on hold,” he said. “Then what happens?”

The next film Ms. Hutchings was set to cast, which involves densely filling high school bleachers, was to begin shooting in July. But that, too, is delayed.

Last year proved especially profitable for the Hudson Valley’s film industry, accounting for more than $46 million in regional spending, with 42,164 room rentals, 441 days of production and 460 days of scouting, use of 180 locations, jobs for more than 500 local crew members and 762 traveling to the area, along with 4,058 local actors and extras, according to the Hudson Valley Film Commission.

This year also looked promising, with first-quarter numbers more than double those of the same period last year, with 61 days of production at 25 locations, 197 local jobs, 4,835 room nights at area hotels and $7.5 million spent on everything from food to lodging to lumber for sets.

New York State film tax credits, producers say, have been a major factor in their decision to bring productions to the mid-Hudson Valley counties of Columbia, Delaware, Dutchess, Greene, Orange, Sullivan and Ulster. But so far, the region is not among the handful that Gov. Andrew M. Cuomo has signaled may be ready to reopen.

The impact of shuttering the area’s film industry has been broad and wide. Jonathan Burkhart, a line producer, does much of the local purchasing for films.

“I’m touching houses, cars, antiques, all kinds of clothing, everything you could imagine,” he said. “We’re replicating life and putting it on the screen.”

For his last film, “we rented a bunch of houses in Kingston,” he said. “We used the main courthouse, City Hall. We used a Kingston preschool, and Plattekill Mountain for ski scenes.”

Last year was “an epic year for us,” said Lara Hart, the hotel’s director of sales and general manager, with the hotel hosting crews from “The Plot Against America” and “Things Heard and Seen,” along with Hulu crews for “Daylight Daycare,” a horror series.

“We are all very impacted by this,” Ms. Hart said, “because right now, we’re only allowed to house essential workers,” like those in medicine, the military and the government.

Productions have been postponed, Mr. Rejto said, but the region’s film industry has not been entirely idled.

“We’re seeing a lot of preproduction activity, and we’re encouraging people to develop projects and learn new software,” he said. “We’re talking with about eight production companies about films that are ready to go.”

Looking ahead, those in the throes of this enforced hiatus are using their downtime to create and pitch film proposals.

“We all use the terminology ‘when it ends,’” said Corbin Bernsen, an actor, director and producer known for his role in the Emmy-winning “L.A. Law,” who lives in Germantown, a small village on the east side of the Hudson River. “I don’t think it will end. I do know there will be a coming back. It certainly won’t be a coming back to normal.”

But Blair Breard, a producer who lives west of the Hudson in the Catskills, has another prediction: “Once we start going back into production, everyone is going to want to start at the same time and there will be a huge logjam, and there won’t be enough stage space for everybody,” she said.

Upriver Studios is hoping that when the time comes, its Saugerties space will be ready to meet the demand.

“When it’s deemed safe to open our doors, the shooting spaces are ready as is,” said Diane Wheeler-Nicholson, a film and television actress and Upriver’s chief executive. “In the downtime, we will make the spaces more specialized and integrate new post-Covid protocols.”

Others are optimistic, too.

“My phone has been ringing off the hook to prepare to get back on their feet,” said Mr. Burkhart, the line producer. “We have a hunch when this virus is over, there might be the incentive to spend more time north of the city where there is more elbow room, more freedom, more space.”