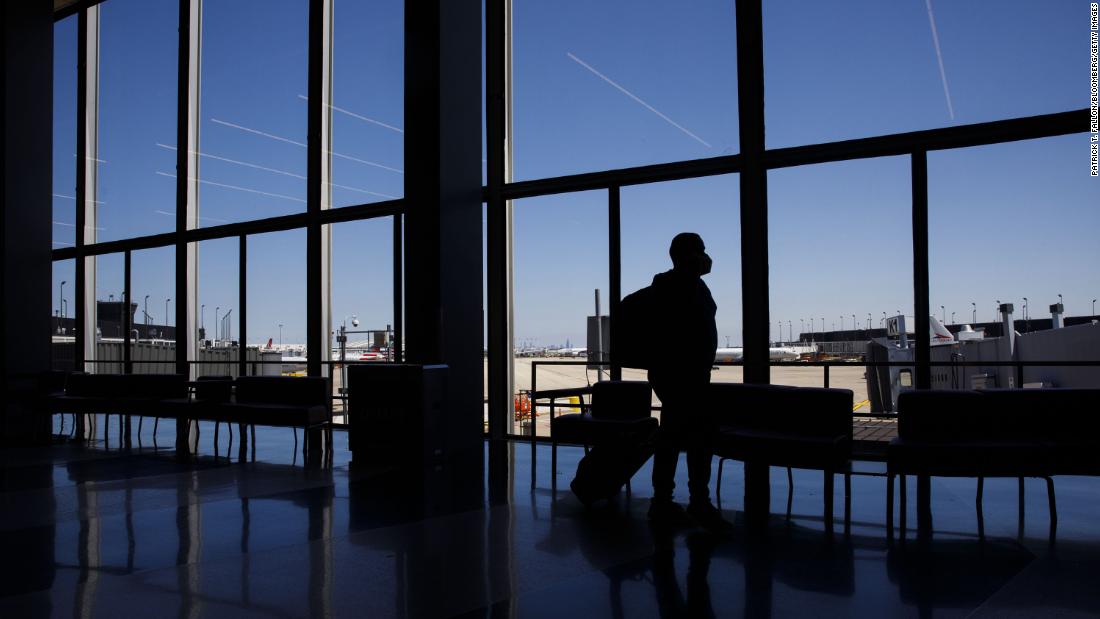 American (AAL) says it is investigating the incident but at this point it believes the allegations in the federal lawsuit are inaccurate.
The suit comes at a difficult time for airlines, which are trying to convince passengers that it is safe to fly again despite the pandemic, even if maintaining six feet of distance from other passengers is difficult on flights unless they are mostly empty. It also comes at a time when national protests about systemic racism are happening around the country.

The suit charges that one of the passengers, Elgin Banks, who is Black, asked if he could change seats on a Los Angeles to Phoenix flight on the evening of May 31. He said he wanted to provide more space between him and other passengers.

A statement from American says that Banks had asked to move into first class, and that he was not eligible for an upgrade. Banks denies asking for a first class seat in the lawsuit.

The other four passengers who brought the suit — three of whom the suit identifies as African American women and one as a White woman — objected to his removal, and they were ordered off the plane as well, according to the suit.

The incident caused American to cancel the flight altogether. The airline said passengers were given refunds or offered tickets on the flight the next day.

“The disruption on board required deplaning passengers,” American said in its statement. “Discrimination of any kind is not acceptable and does not align with our values, which is why we launched an investigation when were made aware of the allegations. We are continuing to review this incident, but we believe that the allegations are not a full or accurate portrayal of the incident. All affected customers were provided with a hotel voucher unless they lived locally, as is our policy.”

The suit says Banks never asked for a first class seat and referred to the allegation by the flight attendant that he had as a “perjurious lie.”

The suit also alleges that after the five plaintiffs were removed from the plane, a security employee asked one of the Black plaintiffs, Cynthia Vassor, “Why would you want to fly with an airline that doesn’t want you on their plane?”

The incident occurred just days before CEO Doug Parker wrote to airline employees about the need to have White Americans do a better job of listening to the concerns of Black Americans.
He wrote an essay about a flight he had taken on another airline — Southwest (LUV) — and about a conversation he had with an African American flight attendant on the flight.
The two had an emotional discussion during the flight, and the story of their encounter got a lot of news coverage.

“These are trying times,” Parker wrote to American employees after his flight. “Our people are hurting. I’m not certain what all of the answers are, but I know it involves talking to each other. And listening. And it takes courage and leadership to start the conversation and to stand up for what is right. JacqueRae taught me all that. Please get out and talk to your teams today. Bring people together, not apart. We need caring leadership now more than ever.”

Epstein, the White plaintiff in the case, said she saw the news reports about Parker’s statements on race.

“The hypocrisy hurts,” she said in her affidavit. “He could start by making things right for Elgin Banks.”

American Airlines has had a spotty record on race relations in recent years.

In 2017, the NAACP went so far as to issue a travel advisory to Black airline passengers, saying that “booking and boarding flights on American Airlines could subject them [to] disrespectful, discriminatory or unsafe conditions.”
The airline responded by saying it would take steps to address those concerns, including having all employees take “annual implicit bias training.”