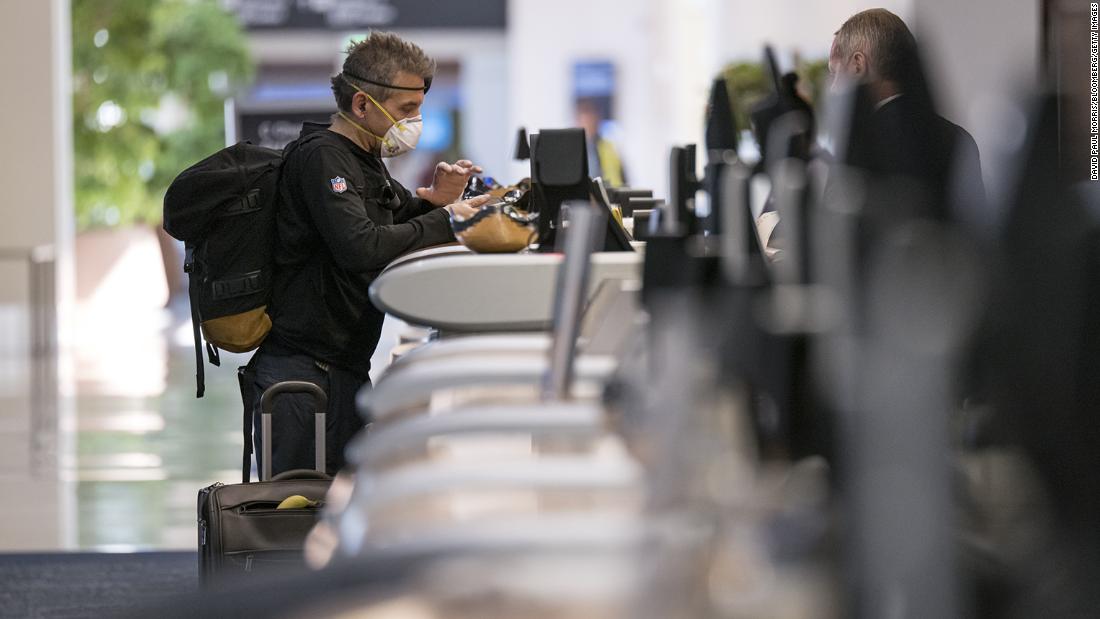 “So far, there have thankfully only been a handful of cases, but we have already banned some passengers from future travel on Delta for refusing to wear masks on board,” wrote CEO Ed Bastian in an memo to Delta employees Thursday.

United (UAL), which last week announced a policy to ban passengers from future flights who fail to comply with the mask requirement, confirmed Thursday that it had also taken such action.

The airlines say they are not sharing information with one another about the passengers they have banned. So, for example, a passenger banned on Delta can still book a flight on American and vice versa.

Bastian, the Delta CEO, defended the get-tough policy as important to protect the health and safety of both passengers and crew members.

“Parts of the country have seen a resurgence of Covid-19, and this week new cases nationwide grew at their highest level since April,” he wrote. “That’s why it is more important than ever to adhere to the safety and health guidelines we have put in place to keep you safe. One of the most effective measures we have is wearing a mask, which numerous studies have shown can slow the spread of the virus. We take the requirement to wear a mask very seriously.”

He disclosed at Delta’s annual meeting last week that 500 of the company’s employees have tested positive for Covid-19 since March, and that 10 have died. With about 90,000 employees, Delta’s employee infection rate is roughly in line with that of the national population. Delta has also instituted a plan to test all of its employees.

Airlines first instituted the masks-required policy for passengers in May, but the enforcement was initially far more lax. Southwest (LUV) confirmed at that time that passengers not wearing masks would still be allowed to board, and American said flight attendant’s role in asking passengers to wear masks was “informational, not enforcement.”

But travel was still well below 90% of year ago levels of that time, allowing for lots of empty seats and rows between passengers.

Since then airlines have started filling a comparatively much greater percentage of seats, although overall travel is still more than 75% below year-ago levels.

Delta has maintained it will not book passengers in middle seats until at least September 30. But Bastian revealed last week it is considering lifting that limitation in the future.

“As the business starts to return, as demand starts to grow, and if people have more confidence in their travel experience, we will decide later in this year when we start to ease up on that cap restriction,” he said at the meeting.

Bastian also announced Thursday that to meet the increased demand while leaving middle seats empty, Delta will add 1,000 flights to its daily schedule in July, and another 1,000 a day in August.