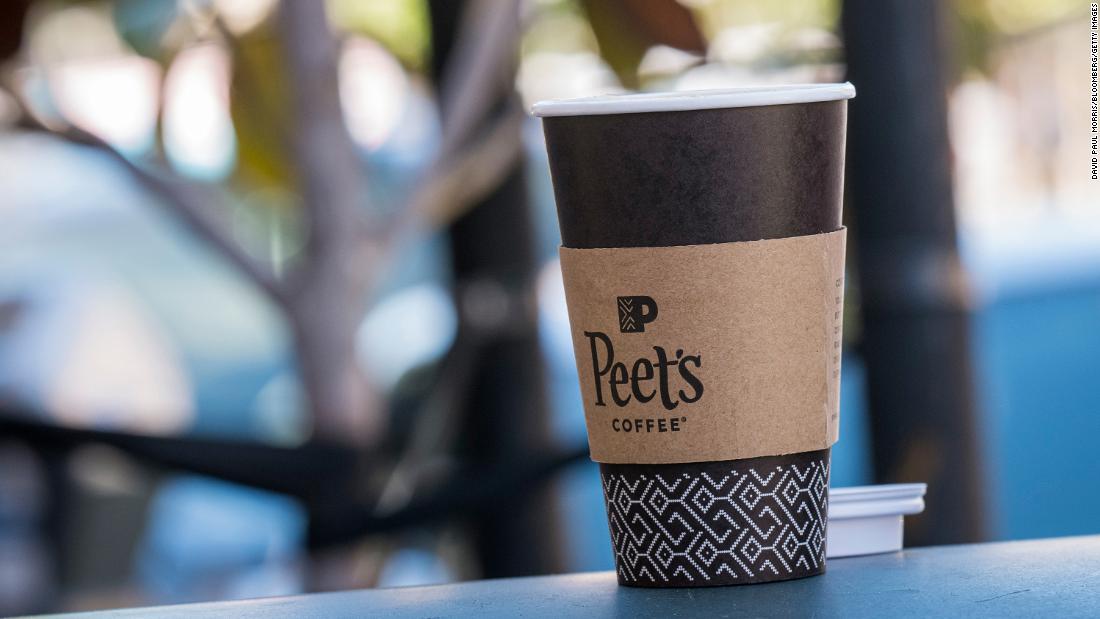 The IPO is a big bet that coffee is recession-proof. The company makes most of its revenue from coffee consumed at home, a segment of the market that has grown during the coronavirus pandemic, with millions of people staying away from offices and cafes.

“We are thrilled to price this offer on Euronext Amsterdam during this extraordinary time,” CEO Casey Keller said in a statement. “Seeing the investor interest in JDE Peet’s reinforces the belief in our strategy and solidifies our role as a global leader in coffee and tea,” he added.

The Amsterdam-based business sold 14.4% of the company, including to funds controlled by billionaire investor George Soros. It issued new shares worth €700 million ($772.7 million), with existing shareholders, Mondelez International (MDLZ) and Acorn Holdings, selling an additional €1.55 billion ($1.7 billion).
Acorn Holdings is controlled by German investor JAB, the investment firm behind Panera, Pret A Manger, Krispy Kreme and Keurig Dr Pepper (KDP). Acorn is expected to own 62% of JDE Peet’s following the listing, with Mondelez retaining 23%, according to a statement.
The listing marks a rare bright spot for the IPO market, which has slowed thanks to high levels of volatility as investors fret about the impact of the pandemic on the global economy. Europe, the Middle East and Africa registered 28 IPOs in the first three months of 2020, the weakest activity for a quarter in more than seven years, according to Dealogic.

JDE Peet’s is betting on continued strong demand for hot drinks, a market that has boasted blockbuster deals in recent years. “The coffee and tea categories have benefited in the past from attractive growth fundamentals and have proven to be resilient in times of economic downturn,” the company, which bills itself as the world’s largest pure-play coffee and tea group, said.

JDE Peet’s said it intends to focus on increasing its household penetration in the United States, driving growth in emerging markets, expanding its retail coffee stores business in China and capturing attractive out-of-home opportunities. It sells coffee and tea in more than 140 countries and had revenue of €6.9 billion ($7.5 billion) in 2019.

JAB has bought or combined around 15 coffee and tea brands between 2012 and 2019, including Douwe Egberts, for which it paid $10 billion. Alongside Peet’s, which has roots in the San Francisco Bay Area, JAB controls upmarket American roasters Intelligentsia and Stumptown Coffee Roasters.