Pension fund giants team up in attack on ‘short-termism’ 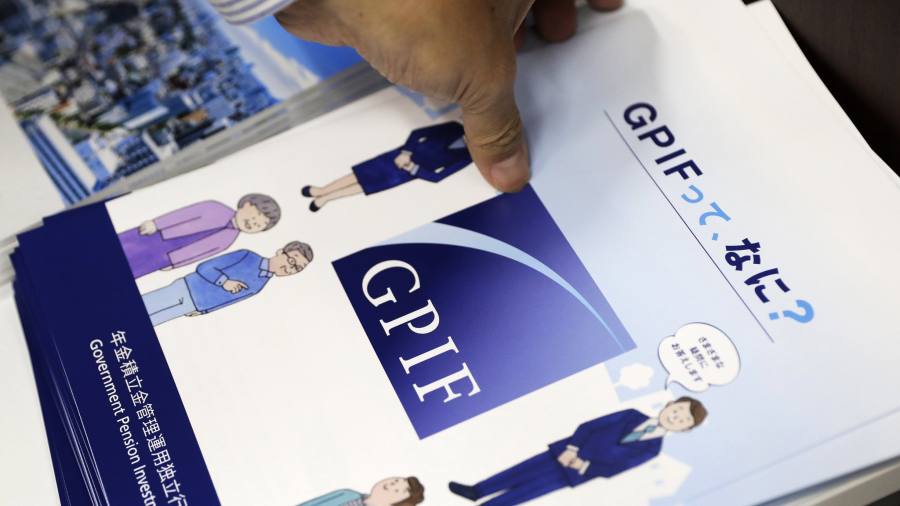 The joint statement — which the trio say is more relevant than ever given current market turmoil — marks a sharp break with the traditional silence of the big state asset owners.

Asset owners have tended to leave public commentary on market structure and sustainability issues to asset managers, such as Larry Fink, the chief executive of BlackRock, who recently called on companies to adhere to strict sustainability standards.

However, in a letter published on Wednesday on the websites of all three funds, Japan’s Government Pension Investment Fund said that a focus on short-term returns laid their portfolios open to “potentially catastrophic systemic risks”.

The warning cited a forecast by Moody’s Analytics that climate change alone had the potential to destroy about $69tn in global economic wealth over the next 80 years.

The letter is the second major policy announcement by the GPIF’s chief investment officer, Hiro Mizuno, in recent months, even as speculation mounts over whether he will continue in the role beyond the end of March when his current term ends.

In December, in a move that sharply divided opinion in global financial markets, Mr Mizuno said that shares from the GPIF’s $370bn overseas equity portfolio would no longer be lent out to short-sellers.

The joint letter by the GPIF, Calstrs and USS echoes the themes raised by Mr Fink last month in his own letter, in which he signalled a fundamental shift in investment policy and a focus away from “sustainability related” risk.

But in what appeared to be an attempt to take the theme even further, the GPIF-led trio said that “companies that seek to maximise corporate revenue without considering their impacts on other stakeholders — including the environment, workers and communities — put their long-term growth at risk and are not attractive investment targets for us”.

In a clear signal that immediate co-operation was expected, the letter added that asset managers that focus only on short-term, explicitly financial measures were not attractive partners.

“Over the last several years the GPIF has been advocating the importance of long-term thinking and [environmental, social and governance investing], and we think that ESG is finally gaining traction and becoming more mainstream. Having said that, we see a lot of evidence that while we talk about long-termism the market is still full of short-termism,” Mr Mizuno said.

Chris Ailman, the CIO of Calstrs, said the letter represented an attempt to make asset owners more central to the debate.

“We felt it was important to put out the pension funds’ voice — Europe gets it and Australia gets it and thanks to Hiro we are starting to see even the [Japanese business federation] Keidanren get this — but sadly America is silent on this . . . and we wanted to add our voice,” Mr Ailman said.

The joint letter came as global equities are under pressure from fears that the spread of the coronavirus could cause a recession. On Tuesday US stocks tumbled and the 10-year US Treasury yield hit a record low in spite of an emergency rate cut by the Federal Reserve aimed at cushioning the impact.

In Tokyo, as a measure of the government’s unease, the Bank of Japan this week attempted to stem the decline in equities with a record ¥100bn ($934m) purchase of exchange traded funds on a single day.