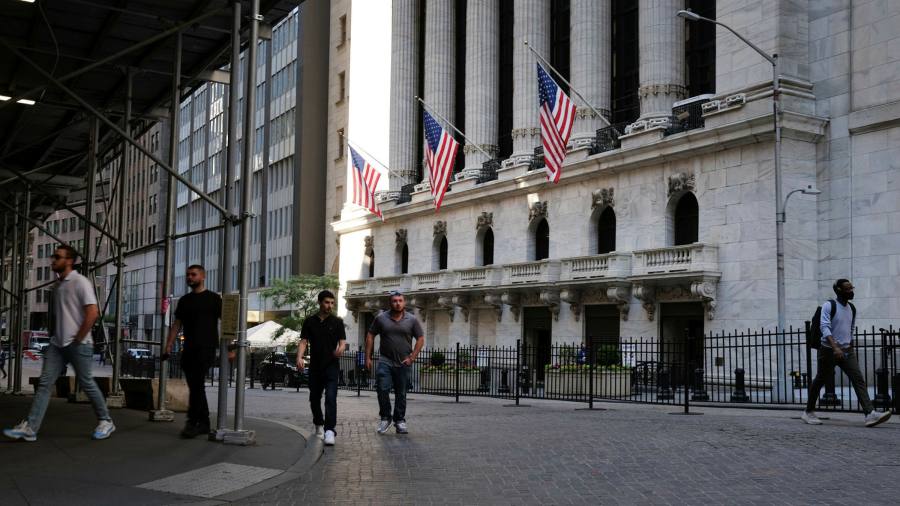 Stock markets will be hit by a wave of selling from pension funds rebalancing their investments in coming weeks, analysts predict, following a fierce rally that has left these investors uncomfortably exposed to equities.

Pension funds aim to have a diversified portfolio of bonds, stocks and other assets, such as private equity, and periodically reshuffle their holdings to keep their weightings roughly constant. This usually happens around the end of the quarter.

After March’s deep sell-off, which threw those weightings out of kilter, many pension funds started buying stocks again. In the retail sector, balanced mutual funds, which typically seek to have a 60-40 split between stocks and bonds, also needed to rebalance their holdings.

However, the rally since late March — which has seen global equities rise by more than a third — means that many pension funds will now be holding too much stock relative to their target allocations as the second quarter ends, forcing them to scale back their exposure. JPMorgan analysts estimate that this could lead to as much as $170bn of selling globally.

Robert Buckland, chief global equity strategist at Citi, said the first-quarter plunge and subsequent rebalancing arguably “helped trigger the rally”. On that basis “we might see a blip” as a result of pension funds ratcheting back their stock holdings, he added.

The universe of so-called defined benefit pension funds, which promise retirees a regular pension payment, balanced mutual funds and other investment funds that periodically rejig their portfolios is large, with JPMorgan estimating their overall assets under management at more than $13tn, even at the March lows.

The question is whether this rebalancing could imperil stocks’ recent bull run, given that analysts and investors say liquidity — the ease of buying and selling — remains poor. That means even modest sales could have a noticeable effect on prices.

Nikolaos Panigirtzoglou, an analyst at JPMorgan, said in a note that the bank still believed that the rally would continue. It estimated the coming rebalancing would only take 0.7 to 1.9 percentage points off the performance of the S&P 500, the US benchmark index.

“While we acknowledge the risk of a small correction in equity markets over the coming two weeks as a result of this negative equity rebalancing flow, we continue to believe that we are in a strong bull market in equities and any dip would represent a buying opportunity,” he added.

Goldman Sachs’s estimate for the scale of pension fund selling triggered by the rebalancing is smaller at $76bn. But the bank is more cautious on the outlook for the stock market, and forecasts that pension funds will sell a cumulative $200bn this year.

While it predicts that overseas investors and the emergence of a sudden US retail trading frenzy will buttress demand, Goldman warns that an 80 per cent collapse in corporate share buybacks risks kicking away one of the support pillars for the stock market since the crisis.

David Kostin, the investment bank’s chief US equity strategist, said in a note that there was still room for investors’ equity allocations to rise, and cash holdings to decline, until they reached pre-crisis levels.

“However, we expect the potential risk of a ‘second wave’ [of Covid-19 infections] and the fast-approaching US presidential election will limit a significant increase in equity exposures,” he added.