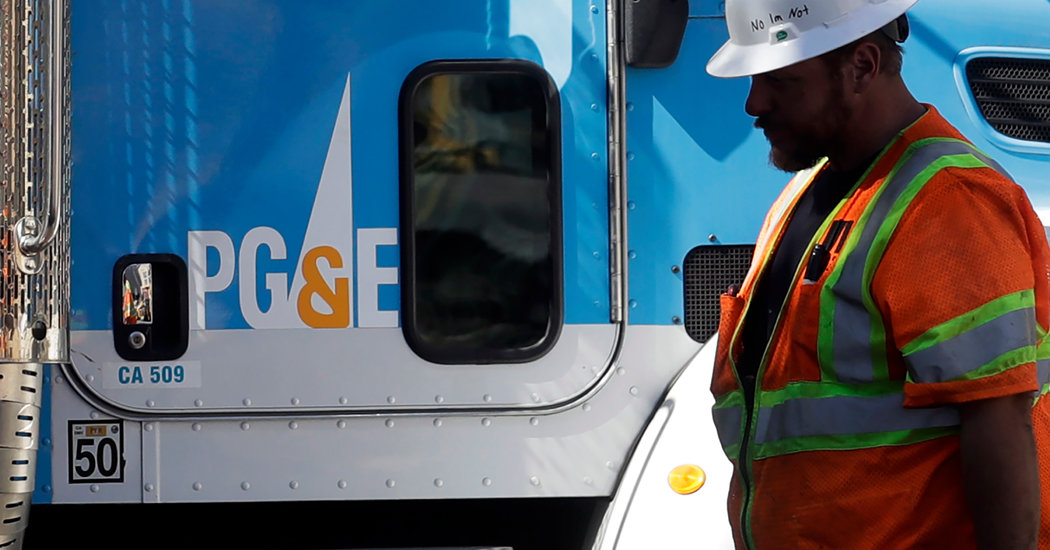 The deal requires the power company to begin compensating, as early as August, those who lost homes, businesses and other property. About 70,000 wildfire victims filed claims.

The vote helps clear one of the last major hurdles PG&E faces in restructuring its debts. The company is trying to resolve its bankruptcy by June 30 to qualify for a $20 billion wildfire fund created by California lawmakers. That fund will help cover the cost of future fires caused by utility equipment.

“PG&E believes that it remains on track” to meet the deadline, the company said Monday.

Facing an estimated $30 billion in wildfire liabilities, PG&E sought bankruptcy protection last year. The company’s equipment has set scores of fires in recent years, including the most devastating wildfire in California history, the Camp Fire. That 2018 wildfire killed 85 people and destroyed the town of Paradise.

Some victims and their lawyers had waged a campaign against the deal in recent weeks, arguing that it did not guarantee that victims would receive all of the money that they were promised. PG&E has agreed to pay half of the $13.5 billion in cash and the other half in the company’s stock, which has fluctuated wildly, especially since the coronavirus spread widely.

Critics wanted an all-cash settlement, something PG&E has agreed to in a separate deal with a group of investors and businesses that own insurance claims against the company. The company will pay that group $11 billion.

The contentious voting process, which began in March and ended Friday, pitted groups of victims and lawyers against one another, with some raising questions about potential conflicts of interest involving a lawyer who represents 16,000 wildfire victims. The lawyer, Mikal Watts, has a $100 million line of credit that was funded in part by investment funds that had invested in PG&E’s stock and bonds. Mr. Watts supported the agreement.

But the contingent of victims campaign for a “No” vote failed to gain traction. Many victims were uninterested in extending negotiations with PG&E because they have spent months or years living in temporary quarters and have grown weary of waiting for compensation.

PG&E still has to gain approval for its bankruptcy plan from the California Public Utilities Commission, which is scheduled to vote Thursday on a record penalty of almost $2 billion against the utility for the wildfires it caused.

About 250 local government officials, led by Mayor Sam Liccardo of San Jose, sent a letter to the commission last week, urging the five-member panel to reject PG&E’s reorganization plan. Mr. Liccardo and the other mayors have offered to buy PG&E and turn it into a customer-owned cooperative, arguing that it would be the best way to ensure the utility does not cause more destruction. Some wildfire victims support that proposal.

With the 2020 wildfire season drawing near, some government officials and wildfire victims fear PG&E is ill prepared to prevent more fires.

Last year, PG&E avoided setting off the kinds of deadly wildfires it has become known for by cutting power to millions of people for as long as a week during dry and windy conditions. The strategy, called public safety power shut-offs, angered residents and state officials who have pressed the utility to limit its use of that strategy.

The California Department of Forestry and Fire Protection said last week that there could be more fierce wildfires this season than in 2019 because of a lack of snow and rain.