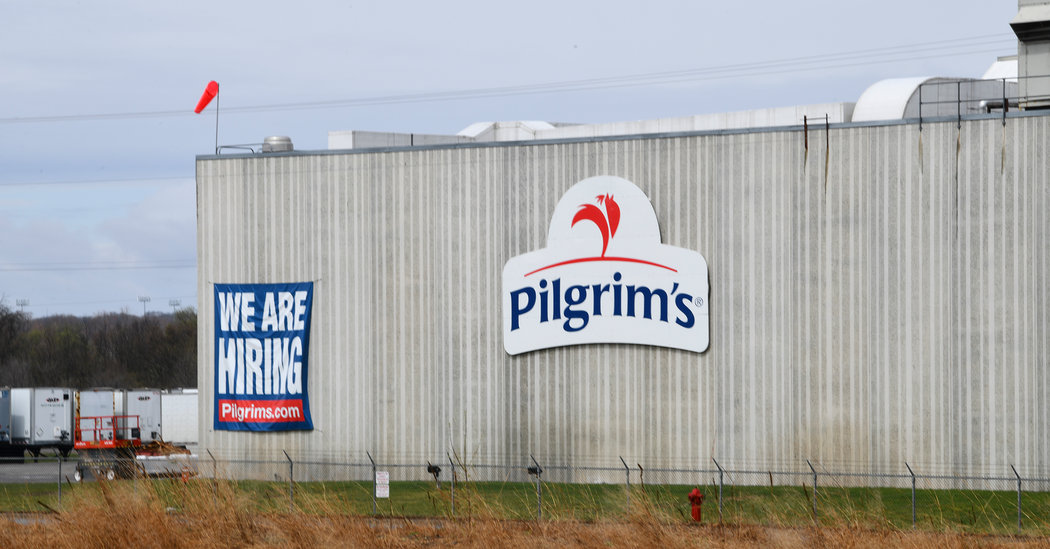 The chief executive of one of the country’s largest chicken producers was indicted on a price-fixing charge on Wednesday along with three other current and former executives at companies that supply chicken to groceries and restaurants across the United States.

The indictment, by a federal grand jury in United States District Court in Denver, alleges that senior executives at Pilgrim’s Pride, based in Colorado, and Claxton Poultry Farms in Georgia fixed prices and rigged bids from 2012 to 2017. The charges are the first in a still-open Justice Department investigation involving several other major chicken producers.

Jayson Penn, the Pilgrim’s Pride president and chief executive, and Roger Austin, the company’s former vice president, were indicted. Pilgrim’s Pride is the country’s second-largest supplier of “broiler chickens,” which account for nearly all the chicken meat sold in the United States. The company’s customers include the wholesaler Costco and the fast-food chain KFC. Tyson Foods is the top producer.

Each executive faces one count of price-fixing, with a maximum penalty of 10 years in prison and a $1 million fine, which may be raised if ill-gotten gains or losses to victims are found to be higher than $1 million.

“Executives who cheat American consumers, restaurateurs and grocers, and compromise the integrity of our food supply, will be held responsible for their actions,” Assistant Attorney General Makan Delrahim, of the Justice Department’s Antitrust Division, said in a statement.

Accusations of collusion have dogged the U.S. chicken industry since 2016, when Maplevale Farms, a food service firm in upstate New York, filed a lawsuit saying that Tyson Foods, Pilgrim’s Pride, Sanderson Farms, Perdue Farms and other companies had conspired to fix the price of broiler chickens.

Maplevale claimed that Tyson and Pilgrim’s, the country’s two largest producers, led these companies in a scheme to destroy hens that bred new chickens, causing a significant increase in prices. The suit asserts that from 2008 to 2016, the wholesale price of broiler chicken rose 50 percent, despite a reduction in some of the key costs of chicken breeding, including corn and soybeans.

Last year, Sysco and US Foods, two of the largest food distributors in the United States, also sued Tyson and other chicken producers, claiming they had conspired to fix prices across a $65 billion industry.

In June, the Justice Department intervened in the Maplevale lawsuit, asking a United States District Court to halt the discovery process for six months as it pursued a criminal investigation.