Pompeo Says Hong Kong No Longer Has Autonomy Under China 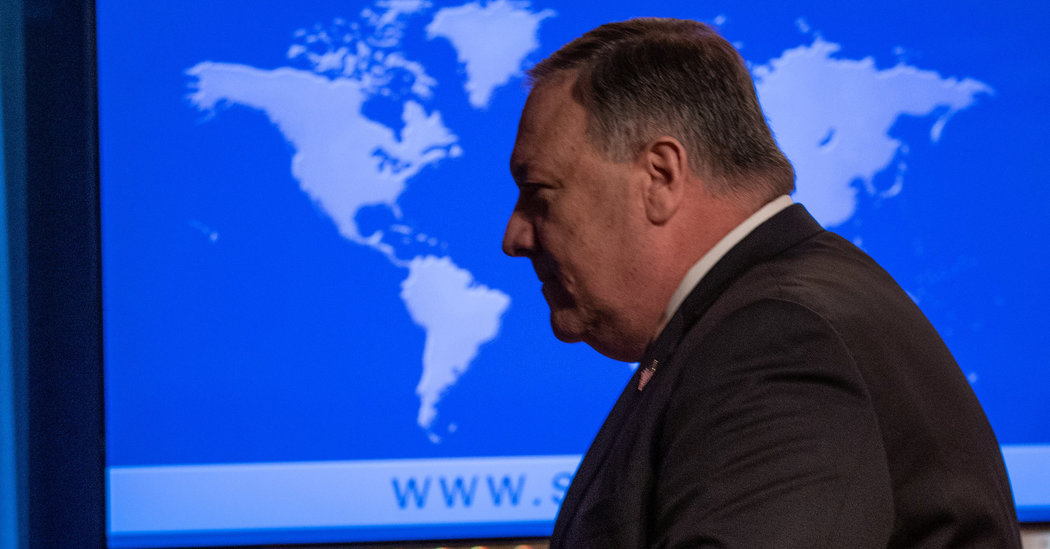 WASHINGTON — Secretary of State Mike Pompeo announced on Wednesday that he told Congress that the State Department no longer considered Hong Kong to have significant autonomy under Chinese rule, a move that indicated that the Trump administration was likely to end some or all of the United States government’s special trade and economic relations with the territory in southern China.

Mr. Pompeo’s announcement came the day before Beijing was expected to pass a proposed national security law that would allow Chinese security agencies to crack down on civil liberties in Hong Kong. Mr. Pompeo has said that would be a “death knell” for Hong Kong, which has had liberties under a semiautonomous system of governance that does not exist in mainland China, including freedoms of speech, the press and assembly, as well as an independent judiciary.

Any move by the Trump administration to curtail trade and economic relations with Hong Kong would deal a major blow to the territory, which has been a global financial and commercial hub since late last century. And it would be a harsh punishment for China, which relies on the thriving city of ports and skyscrapers on the edge of the South China Sea as a nexus for transactions with other countries. Many Chinese and foreign companies use Hong Kong as an international or regional base, and members of elite Chinese Communist Party families or executives with ties to them do business and own property there.

The Trump administration is considering imposing the same tariffs on exports from Hong Kong that it puts on goods from mainland China, according to officials with knowledge of the discussions. That could happen soon after the Chinese government approves the national security law on Thursday.

“I certified to Congress today that Hong Kong does not continue to warrant treatment under United States laws in the same manner as U.S. laws were applied to Hong Kong before July 1997,” Mr. Pompeo said Wednesday. “No reasonable person can assert today that Hong Kong maintains a high degree of autonomy from China, given facts on the ground.”

Mr. Pompeo said that “Hong Kong and its dynamic, enterprising and free people have flourished for decades as a bastion of liberty, and this decision gives me no pleasure.” He added: “But sound policymaking requires a recognition of reality. While the United States once hoped that free and prosperous Hong Kong would provide a model for authoritarian China, it is now clear that China is modeling Hong Kong after itself.”

The certification by the State Department is a recommendation on policy direction and does not itself catalyze any actions immediately. American officials, including Mr. Trump, will now weigh what steps to take.

The United States is likely to choose specific areas in which to first break off cooperation with Hong Kong, including on trade. The president would need to issue an executive order to end the special relationship entirely, according to people familiar with the discussions.

Britain handed Hong Kong to China in 1997, after the two nations reached an agreement on the colony 13 years earlier. In 1992, the United States passed a law that said that the American government would continue to treat Hong Kong under the same conditions that applied when Britain ruled the territory.

In November, during a wave of pro-democracy protests and crackdowns by the police in Hong Kong, Mr. Trump signed into law a bill with bipartisan support that said that the State Department would have to provide an annual certification to Congress on whether the United States should continue the special relationship with Hong Kong.

That certification would depend on a judgment by State Department officials of whether the Chinese government was ceding enough autonomy to Hong Kong.

The announcement by Mr. Pompeo is certain to draw condemnation from Beijing, where the government is holding an annual legislative session this week. Officials announced details of the proposed national security law on Friday, at the start of the session.