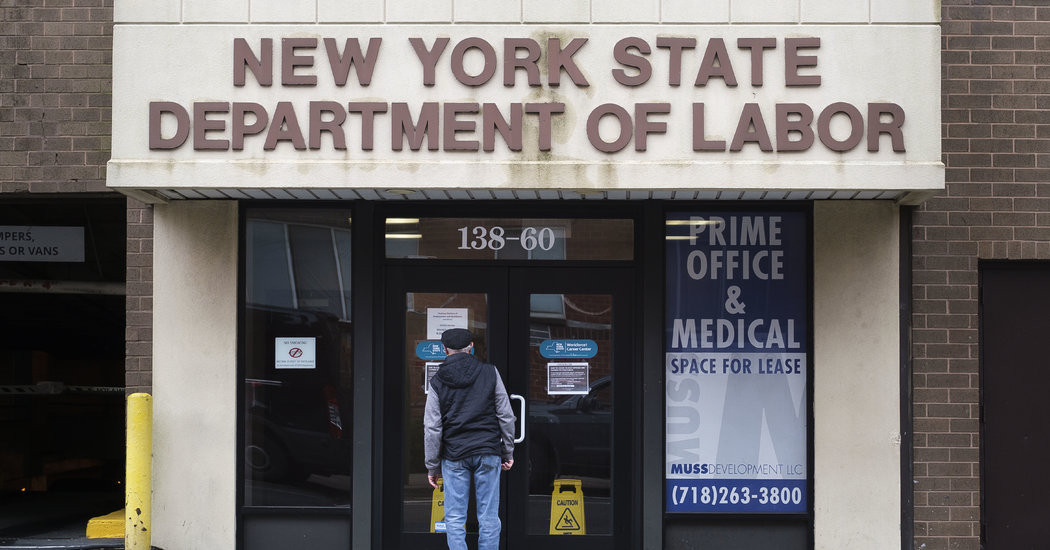 Households entered the coronavirus shutdown in precarious economic positions that have only worsened as workers are furloughed by the millions, and the challenges are especially acute for the poorest Americans, according to a Federal Reserve survey released Thursday.

Many Americans went into the nationwide lockdown with limited savings, despite gains from a record-long economic expansion. At the end of 2019, three in 10 adults said they could not cover three months’ worth of expenses with savings or borrowing in the case of a job loss, “indicating that they were not prepared for the current financial challenges,” the Fed report said.

One in five people who were working in February reported losing a job or being furloughed in March or the beginning of April, the data showed, and that pain was highly concentrated among low earners. Fully 39 percent of former workers living in a household earning $40,000 or less lost work, compared with 13 percent in those making more than $100,000, a Fed official said.

The U.S. economy began slowing in March as state and local governments instituted stay-at-home orders to tame the coronavirus’ rapid spread. That has most likely caused the steepest growth decline in the United States’ postwar history. Consumer spending has plummeted as stores and restaurants closed, and mass layoffs have become a feature of everyday life. Nearly three million people filed for unemployment benefits last week, pushing the two-month tally over 36 million.

Lawmakers have responded with $2 trillion in relief spending, expanding unemployment insurance and forgivable loans to small business. But most families would not have gotten relief checks by the time the Fed survey was fielded in early April. Policymakers and economic experts increasingly worry that it will prove insufficient to stem the damage, as the timeline for reopening and the path back for consumer spending remain uncertain.

The Fed’s report included both a large annual survey fielded in October and a roughly 1,000-person supplement conducted April 3 to April 6, and it showed just how intense — and disparate — the economic fallout has been so far.

Among those who had lost hours or jobs amid the pandemic, 48 percent were “finding it difficult to get by” or “just getting by,” according to the survey. Just 64 percent of those who had taken an employment hit felt that they would be able to pay their bills in April, compared with 85 percent of those without a work disruption.

Those challenges came as a large swath of Americans took pay cuts. About 23 percent of all adults, and 70 percent of those who had lost their jobs or their hours reduced, said their income was lower in March than in February.

That coronavirus lockdowns have hit disadvantaged communities hard comes as no surprise to Paul Ash, executive director of the San Francisco-Marin Food Bank. Mr. Ash said his food pantry network, which typically serves 32,000 households weekly, had seen traffic increase by about 26,000 since the crisis began.

At one location, “the line stretched, when the pantry opened, around 10 city blocks,” he said. “People have to have a motivation to wait in a line like that.”

While food bank pantry visits also increased during the Great Recession, that wave of demand came slowly — this one hit suddenly, and has not abated even after the government response kicked in.

“People were feeling the same angst as those with more money were feeling,” he suggested, so while the well-to-do went the Safeway to fill their pantries, those of lesser means went to the food bank. While Mr. Ash’s organization doesn’t ask for recipient information, his sense from volunteering at one of the food pickups is that many of those seeking assistance are newly in need.

“A good number of them, they don’t know what the procedures are — there’s a group that just hasn’t asked for food help in the past,” he said. He and his colleagues are beginning to plan for elevated demand over the next six to 12 months, he said.

There are signs that coronavirus’ economic damage could take longer to fade than many were hoping.

About nine in 10 workers who had lost jobs in the Fed’s survey anticipated that they would return to work for the same employer or said they had already returned to work, but the vast majority of those people do not have a specific date yet. About 5 percent had already returned to work, and 8 percent did not expect to go back to the same employer.

“There is a sense, a growing sense I think, that the recovery will come more slowly than we would like,” the Fed chair, Jerome H. Powell, said on Wednesday, after warning that the U.S. economy may require more fiscal policy help to make it through the crisis.

“Additional fiscal support could be costly, but worth it if it helps avoid long-term economic damage and leaves us with a stronger recovery,” he said in his speech.