Portraits of Everyday Life in the Indian State of Gujarat 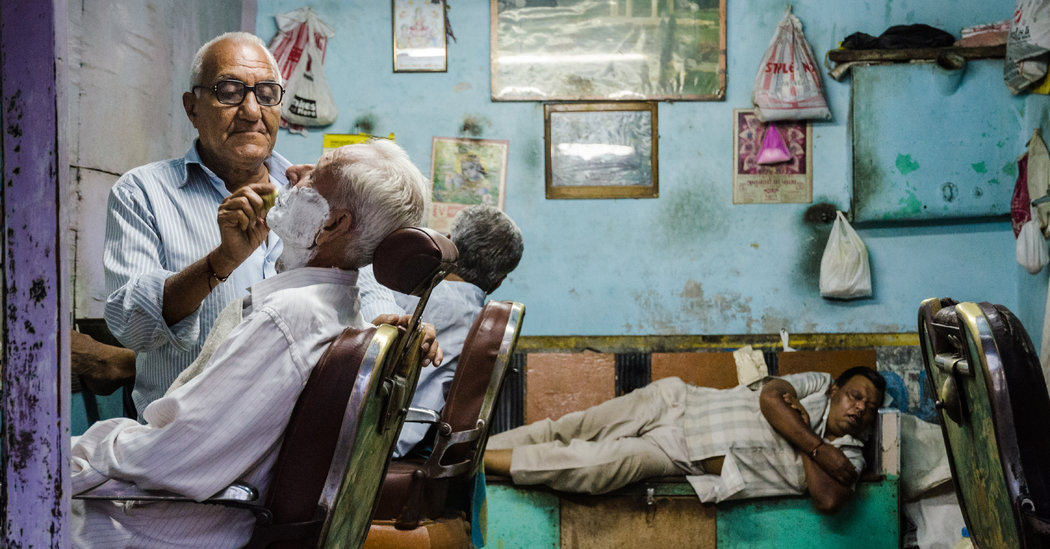 With travel restrictions in place worldwide, we’ve launched a new series, The World Through a Lens, in which photojournalists help transport you, virtually, to some of our planet’s most beautiful and intriguing places. This week, Michael Benanav shares a collection of portraits from Gujarat, a state in western India.

With around 10,000 cases reported daily, India ranks third in the world in new coronavirus infections, behind the United States and Brazil. The city of Ahmedabad — the largest metropolis in Gujarat, one of the country’s hardest-hit states — lags only Mumbai in the total number of Covid-related deaths.

Though my first glimpses of India were in Delhi and Rajasthan, my experiences of the country were largely superficial until I got to Gujarat — the country’s westernmost state, which sticks like an elbow into the Arabian Sea. It’s a place that defies easy generalizations, inextricably linked to the contradictory legacies of Gandhi’s nonviolent satyagraha movement, which was launched there in 1930, and the brutal Godhra Riots of 2002, during which more than 1,000 people — most of whom were Muslim — were killed by raging mobs in India’s worst explosion of communal upheaval since Partition.

Here, philosophies of asceticism live side-by-side with those of raw capitalism. In the city of Ahmedabad, with an estimated population of 8 million, exquisite examples of centuries-old architecture stand near gleaming modern structures and tarp-covered slums. The state is rightly renowned for its exceptional textile arts, its food and as the last home of the endangered Asiatic lion (though there are plans to move some to neighboring Madhya Pradesh).

I first went to Gujarat in 2006 to work on a project about the nomadic Maldhari tribes that roam the countryside herding cows, buffaloes, camels, goats and sheep. A local NGO helped open their world to me and, before long, I found myself in remote villages, drinking chai from saucers, listening to the stories of people’s lives, attending weddings and stopping in random places to talk to groups who were camped in the bush while migrating.

Aside from learning about the struggles that these communities face in a rapidly changing country, I met people proud of their way of life who have a deep connection to their animals. The Maldhari are famed in Gujarat for the quality of their dairy products, and they know their herds so intimately, I was told, that they can tell from one sip of milk exactly which buffalo or cow it came from. Through many conversations covering a wide range of subjects, the complexities of Indian life and politics and caste and religion slowly came into focus.

I also became unexpectedly close to the couple that ran the Ahmedabad-based Maldhari Rural Action Group and members of their family — particularly two journalism professors. Aside from everything I learned about India that can only be gleaned through time spent with families, I left with lifelong friends.

In between projects and assignments that took me to other parts of the country, I continued to return to Gujarat over the years, delving further into Maldhari culture and visiting all corners of the state while updating the Lonely Planet India guidebook. More than any historical sights or natural wonders about which the tourism department may boast, my encounters with Gujarat’s people have always been the highlights of my experiences there.

There was Lavuben Rozia, who had one of the most brilliant smiles I’ve ever seen, or photographed. Along with a handful of family members, she was migrating with a herd of cattle, seeking whatever patches of ground they could find that hadn’t been desiccated by drought.

She explained that they normally move for about eight months of the year, then return to their village for four — but that year, 2012, the monsoon rains never came. Typically, she said, the whole family travels together, which is why her children can’t go to school. But she had now left her older three children in their village with her mother-in-law, as this “special migration,” she said, was particularly tough. Her sister-in-law, Puriben Rozia, put it succinctly: “Every day a new fire hearth; every day a new well.”

There was Prabhubhai Kalar, 19 years old, from the Rabari tribe, who was to be married on the day I met him. Dressed in a robe and crown embroidered with purple sequins, with heavy lines of kohl below his eyes, he was more ambivalent than his attire implied.

He would meet his wife for the very first time at the wedding, he explained — but he wouldn’t see her face until later that night. The union had been arranged by his and the bride’s family. One of the main qualities that the Rabari look for when they make matches for their children is called najar, meaning foresight, or the ability to think ahead and plan for the future. Prabhubhai was said to have lots of najar, because he was in school, aiming for a career in a medical field rather than the fields where his ancestors grazed their livestock.

There was Dilip Asher, who began chatting with me on the street in the coastal city of Mandvi. The 65-year-old chess coach, with black glasses, a gray mustache and a few missing teeth, invited me to his home: a mansion long past its glory days, where he lived with his blind sister. Many of the walls were covered with Italian and Portuguese tiles, ceilings were painted with faded murals, and old portraits of his ancestors and Kachchhi royalty from the Raj era ringed one room. His was once the richest merchant family in town, he said — then showed me the decaying 1932 Chevrolet that sat in his garage, which had belonged to his father and was said to be the first car in Mandvi.

For some reason I can’t recall, while standing by the car, he launched wholeheartedly into a scene from “My Fair Lady,” reciting it verbatim, using different voices for different characters. Later, while sitting behind his chess board, he sang a rendition of The Beatles’ “Ob-La-Di, Ob-La-Da” to illustrate a point he was making. Full of stories and brimming with laughter, he ranks among the most charming souls I’ve ever met.

Amid the lethal challenges confronting Gujarat today, some of my friends there — Gandhians and activists at heart — have been working hard to help protect the lives and livelihoods of some of the state’s most vulnerable people. Good friends in other parts of the country are doing the same. Their resolve and idealism reminds me of what first drew me to them — and India — and why I’ve kept going back over the years.

Michael Benanav is a writer and photographer whose most recent book, Himalaya Bound: One Family’s Quest to Save Their Animals and an Ancient Way of Life, was published in 2018.