Posting a Black Square, but Not Black Faces 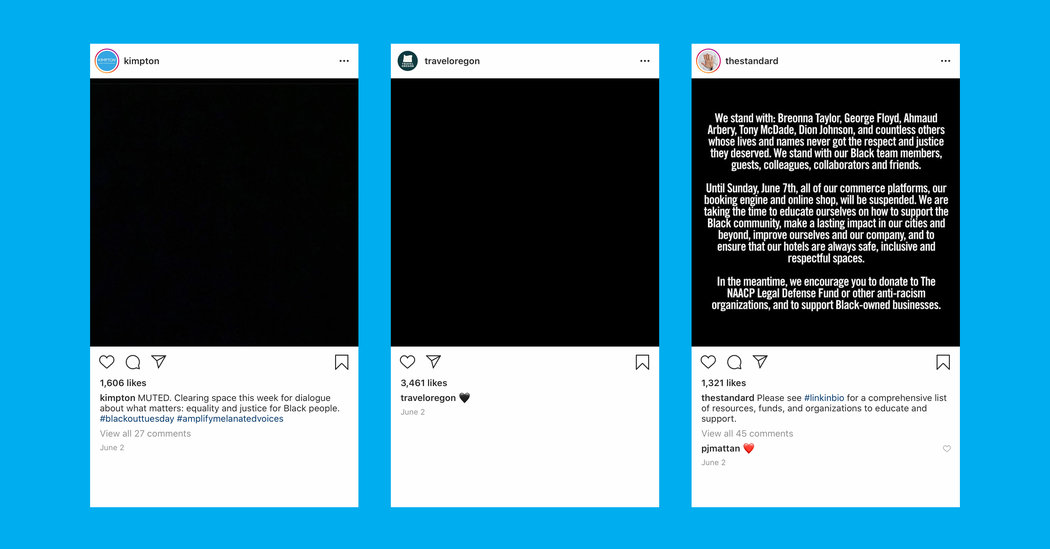 A desire for increased communication

In the past few weeks, hotel brands, including The Standard and Kimpton hotels, posted black squares or their own statements about commitments to diversity and promised to educate themselves on how to support the black community. But they were also called out for not having more diverse staffs and for not previously prioritizing diversity on social media.

Amar Lalvani, The Standard’s chief executive, wrote in an email to staff last week, “I am proud that 49 percent of our corporate senior leadership are women, 37 percent are people of color and 22 percent are LGBTQ+. I am ashamed that only one is black. Without representation, it is no surprise that we have failed our black team members.”

Mr. Lalvani also said that the company created an inclusion and diversity council and would bring back a program, called Standard Votes, that aims to educate people about what’s at stake during the presidential election in November.

Kimpton Hotels and Restaurants, according to its chief executive, Mike DeFrino, plans to audit its recruiting and hiring practices “with a focus on recruiting, retaining and advancement for current and future BIPOC employees.”

“We’re proud that Black creators and partners are represented in 15 percent of our brand ad campaigns and social media content,” Mr. DeFrino wrote in an email. “Moving forward, we pledge over the next two years to increase that number to 25 percent across all Kimpton marketing and advertising channels.”

When the Hoxton, a hotel group with properties in New York, Los Angeles and other cities, posted a black square on Instagram, and said that it stands “in solidarity with and by the black community,” and is committed to “learning, growing and doing our part in the fight to end racism and inequality,” one black artist said that the company’s words didn’t match its behavior.

“You’ve exhibited my work in your London and Paris hotels for close to a year, way, way past what was ever agreed and have repeatedly ignored multiple emails requesting to have my work sent back to me,” the artist Mahaneela commented on Instagram.