Practicing Architecture in a Pandemic 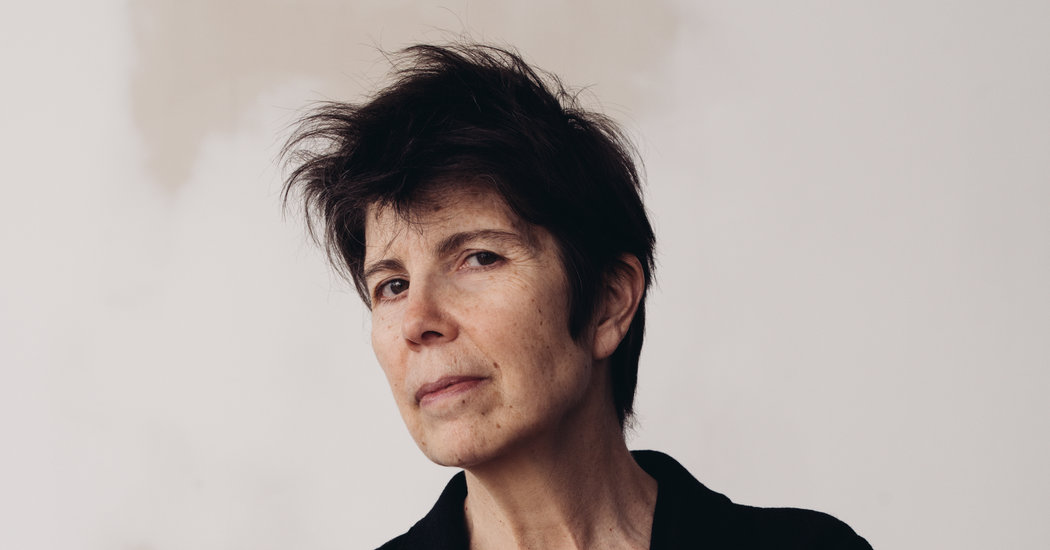 The architect Elizabeth Diller typically works with pen on paper, bringing sketches to her West 26th Street studio, where she and her team at Diller Scofidio + Renfro puzzle over how best to realize those plans.

Since that kind of in-person brainstorming is no longer possible, Ms. Diller — and the firm she leads with her husband, Ricardo Scofidio, Charles Renfro and Ben Gilmartin — is taking a crash course in what it means to practice architecture in a pandemic, without being able to communicate or collaborate in the presence of colleagues.

“Usually we work, we draw, we look in each other’s eyes, we argue, we throw things around the room, we make models and break them apart, and somehow stuff gets made,” said Ms. Diller, who has been working from the couple’s weekend home in upstate New York.

“With this platform, it’s very sanitized, you have to be very organized,” she continued. “We’re sending each other drawings and sketches, we’re responding through digital means and then having virtual meetings. Communication is slower. But we’re working harder. We’re figuring it out.”

Like every profession, architecture is trying to find its way in the quarantined world. The pandemic has forced clients to delay some projects and jettison others. While certain types of construction have been deemed essential, other ventures are frozen. Demand for design services in April saw its steepest month-to-month decline on record, according to a the index from the American Institute of Architects.

“I hope that our discipline is still vital at the end of this,” Ms. Diller said. “I think it will be.”

The Diller operation is in a stronger position than many, having solidified its reputation as one of the go-to architecture firms in the world. Ever since designing its widely acclaimed Institute of Contemporary Art in Boston in 2006 and the redevelopment of Lincoln Center in New York, completed in 2012, Diller Scofidio has been tapped for major commissions like the High Line park on the West Side of Manhattan (2009-2019) and the Broad Museum in Los Angeles (2015).

So this moment should have been a victory lap — a chance to celebrate the one-year anniversary of the Shed, the new arts center Ms. Diller not only designed but also helped conceive, and to welcome crowds to her redesign of the Museum of Modern Art, which reopened in October 2019.

Instead, both are temporarily closed. And “Deep Blue Sea” at the Park Avenue Armory, a new work by Bill T. Jones for which Ms. Diller designed the visual environment, was canceled before its premiere.

The firm, which laid off or furloughed 10 percent of its 110-person staff, is trying to keep moving forward on projects, despite inevitable setbacks brought on by the coronavirus.

The United States Olympic & Paralympic Museum at the base of the Rocky Mountains in Colorado Springs, Colo., was to be ready for ribbon-cutting this month. Now the building’s opening date is yet to be determined.

Diller Scofidio is also rethinking projects for clients who are newly sensitive to the needs of social distancing. The University of Toronto, for which the firm is designing an interdisciplinary center, is now prioritizing “sufficient public space in and around shared facilities,” said Bo Lieu, an intermediate architect at the firm.

Other projects in the early stages are on pause, among them the restoration of the Kalita Humphreys Theater in Dallas, originally designed by Frank Lloyd Wright. M.I.T.’s new School of Architecture and Planning only recently resumed.

But those further along have managed to continue, including the London Center for Music, a permanent home for the London Symphony Orchestra, and a new Collection and Research Center for the Victoria and Albert Museum there.

In working on the V & A project — which involves putting on view thousands of objects now in storage — Ms. Diller immersed herself in the museum’s holdings. “She is as much a curator as she is an architect; she gets really excited by the collection,” said Tim Reeve, the deputy director and chief operating officer of the V & A. “She is very laid back, but at the same time very passionate about what she’s doing and uncompromising.”

Though Ms. Diller, 65, comes across as calm and low-key, her propulsive career speaks to her ambition and tenacity. It isn’t easy for women to advance in the field of architecture and few have managed to achieve a position of power. Although she shares top billing with her partners — and started as her husband’s student — Ms. Diller is the face of her firm.

While known for her intellectual rigor — she has long taught architecture at Princeton — Ms. Diller is also clearly adept at navigating the internal politics that often accompany major public projects. She has managed the egos and temperaments of demanding — and sometimes difficult — clients like the philanthropist Eli Broad; the MoMA board; and the constituent groups that comprise Lincoln Center.

“Indefatigable,” said Reynold Levy, the former president of Lincoln Center, in describing Ms. Diller. The architect and designer David Rockwell, who worked with her on the Shed, used the word “relentless.”

Glenn D. Lowry, MoMA’s director, said Ms. Diller pushed the museum to take risks in creating new spaces for artists and the public, like a soaring projects room with a second-floor overlook. “She does not give up,” he said.

If there was any proof of Ms. Diller’s mental toughness, it was in the way she weathered the attacks brought on by her settling on a design for the MoMA expansion that called for demolishing the American Folk Art Museum, designed by the architects Tod Williams and Billie Tsien (damaging their longtime friendship).

The sense that Ms. Diller betrayed her compatriots still lingers among some architects. (Robert A.M. Stern, then dean of Yale’s School of Architecture, pronounced himself “very disappointed.”) And the resulting new MoMA has not been uniformly well-received (Michael Kimmelman, architecture critic for The New York Times, called it “smart, surgical, sprawling and slightly soulless.”)

“In the profession of architecture you have to have thick skin,” said Mr. Gilmartin, who joined the firm in 2004 and became a partner in 2015. “She needs to be able to stand up and be a voice that’s heard and can command consensus in a room full of men who are generally inclined to be skeptical.”

Ms. Diller’s intensity permeates her practice. Sit next to the architect (dressed in her signature black) while she presents a project — if you can get time on her jammed calendar — and it’s as if she is talking about one of her kids. Perhaps because Ms. Diller and Mr. Scofodio do not have children, boundaries between office and home don’t seem to exist. Ms. Diller travels constantly and works at all hours (she emailed her response to one question for this article at 4:10 a.m.).

She brought that singular focus to her epic opera on the High Line, seeking to present “a creative contemplation on gentrification.” She was turned down by several performing arts institutions that deemed the project too big, expensive and risky, particularly since Ms. Diller is not an opera producer or director.

So she independently raised the money, produced and co-directed the work (composed by David Lang with lyrics by Anne Carson and Claudia Rankine), which ultimately included 1,000 singers from various choirs, and 250 professional singers.

“It was a logistical nightmare and one of the hardest things I’ve ever done,” Ms. Diller said, “but it was one of the most satisfying things I’ve ever done, seeing thousands of New Yorkers every night for seven nights, promenading through the park at their chosen pace, leaning in to hear the words of hundreds of individual voices in unusually intimate proximity between strangers, almost unthinkable since Covid-19.”

The pandemic is a challenge of another order. Among the projects Ms. Diller hopes will stay on track are the University of Chicago’s David M. Rubenstein Forum for intellectual exchange, with occupancy scheduled for September, and a new home for the Columbia Business School in Upper Manhattan, where construction work has been deemed essential.

Universities “are fairly well-endowed,” Ms. Diller said. “The cultural projects are the ones that are the most fragile.”

Juilliard is still planning to welcome the first class to its new campus in Tianjian, China, in September. Although the firm is currently barred from China because of quarantine restrictions, Diller Scofidio is trying to find a way to return.

“I give them credit,” said Joseph W. Polisi, Juilliard’s chief China officer. “They’re going back into the fight.”

Perhaps most essentially, the firm is having to change the creative process itself. “Our studio is quite intimate,” Ms. Diller said. “Of course something is lost. It’s the grimace on someone’s face, it’s the eye popping out of someone’s head, it’s the nuance and the gesture.”

Ms. Diller has also grown more keenly aware of the generational divide. Working on the computer comes naturally to younger staff members, whereas she and her fellow partners “are used to thinking through drawing,” Ms. Diller said. “That’s the direct route from an idea in your brain to a spatial proposition.”

Nevertheless, she is now learning online formats, like Apple Pencil, though she finds the process less efficient. “We’re getting printers and scanners and lots and lots of paper,” she said, “and figuring out how to supplement the digital means so we can still easily draw.”

“I’d love to see the end of this and things getting back to normal,” Ms. Diller said, adding of this moment’s larger sense of the unknown, “We’re in the dark together.”

At the same time, the strain of this period has not made her question a bedrock faith in the importance of the built environment and the power of design. “Nothing changes my belief in elevating architecture to the status of an art form,” Ms. Diller said. “Nothing has changed about that.”