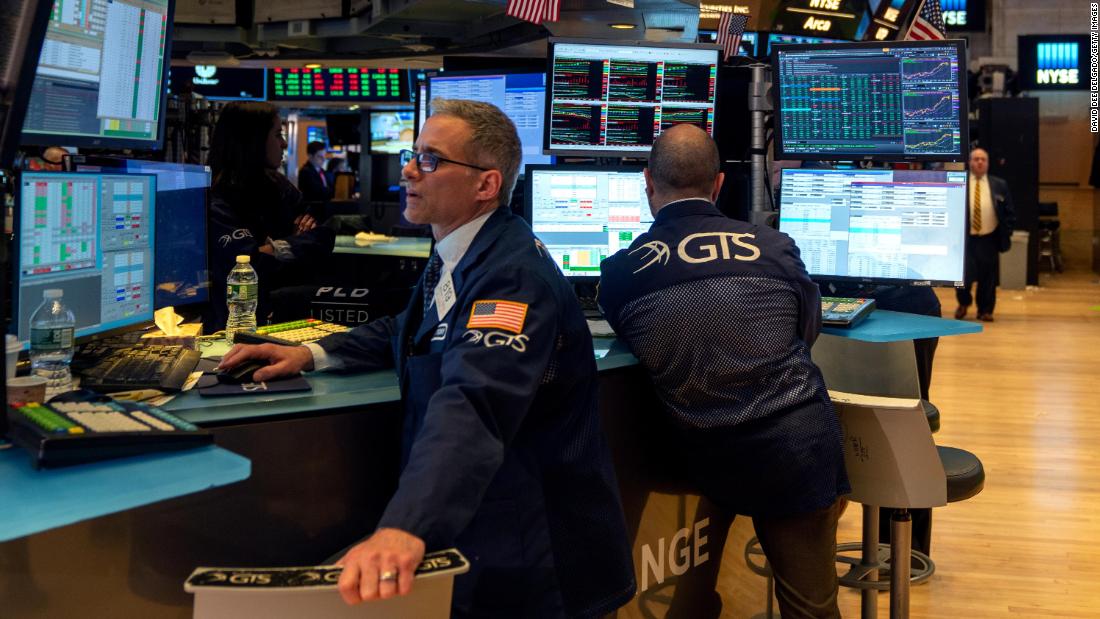 Joe Biden’s Super Tuesday wins sent US stocks soaring — but as the coronavirus outbreak deepens, fear has returned to the market. In the near term, volatility is here to stay.

See here: Wednesday marked the S&P 500’s third swing of at least 4% in just five days. US futures are plunging again on Thursday, with Dow futures falling more than 400 points, or 1.6%.

Right now, markets are at the mercy of competing forces: concern that the coronavirus’ global spread could send the United States and other economies into recession, and hope that the impact can be limited as containment efforts ramp up and central banks step in to soften the blow.

Many investment managers are reiterating their year-end targets for stocks while acknowledging that the environment will be rocky in weeks and months to come.

Belski said he expects the S&P 500 to rise to 3,400 by the end of 2020, a 8.6% increase above current levels. But he acknowledges that the coronavirus outbreak has “added some volatility.”

Goldman Sachs, which now predicts that US companies will generate no earnings growth in 2020, also forecasts that the S&P 500 will reach 3,400 by the end of the year, though it recently lowered its near-term forecast to 2,900. That is 7.4% below current levels.

Not just stocks: Bond yields have been similarly volatile recently as investors pile into safe haven assets amid recession fears. The yield on 10-year US Treasury notes, which moves opposite prices, fell below 1% for the first time ever this week. Goldman thinks yields will reach a low of 0.85% by the end of the second quarter before rebounding to 1.2% by the end of the year.

In such an uncertain environment, capital markets activity is coming under pressure. Reuters reports that Warner Music and Cole Haan have abandoned plans to kick off their IPOs this week.

“If a direct impact from the coronavirus outbreak hasn’t put companies’ IPO plans on hold, then the record-high volatility will,” Renaissance Capital told clients earlier this week.

Oil producers are facing the biggest drop in demand for their product in history as the coronavirus spreads around the world, forcing OPEC and its allies to consider emergency measures.

Research firm IHS Markit said this week that oil demand will suffer its steepest decline on record in the first quarter — worse even than during the 2008 global financial crisis — as schools and offices close, airlines cancel flights and a growing number of people hunker down at home.

“This is a sudden, instant demand shock — and the scale of the decline is unprecedented,” said Jim Burkhard, vice president and head of oil markets at IHS Markit.

Coming up: The warning comes ahead of a critical meeting Thursday for OPEC members and allied producers in Vienna. The cartel, is under pressure to announce yet another round of coordinated production cuts, its preferred method of propping up prices.

Goldman Sachs has told clients that OPEC will need to agree to curb production by at least 1 million barrels per day in order to avoid a “sharp” sell-off.

Coronavirus fears have already driven oil into a bear market, with Brent crude futures, the global benchmark, trading at $51.48 per barrel. US oil is trading at $47.02. Both are more than 25% below recent highs in early January.

UK airline Flybe collapsed Thursday as a slump in demand for flights because of the novel coronavirus outbreak dealt the final blow to the struggling company — a sign of the problems to come for carriers already under strain.

Flybe told customers that it has grounded all flights, adding that its business in the United Kingdom had “ceased trading with immediate effect,” my CNN Business colleague Michelle Toh reports.
Why it’s important: The entire global airline industry has been tipped into crisis by the outbreak, which has now spread to every continent except Antarctica. Collapsing demand for travel has caused some airlines to make massive cuts to their flight schedules, ground planes and ask staff to take unpaid leave to manage the loss of business.

This just in: The International Air Transport Association now estimates that airline revenue losses could climb as high as $113 billion due to the outbreak. That’s up from its estimate of $29.3 billion in losses just two weeks ago.

Coming tomorrow: Those who argue America can avoid a recession amid the coronavirus outbreak point to the strength of the US job market. Expect lots of attention on employment data for February.