Premarket stocks: The debate over $600 payments could dictate the US recovery 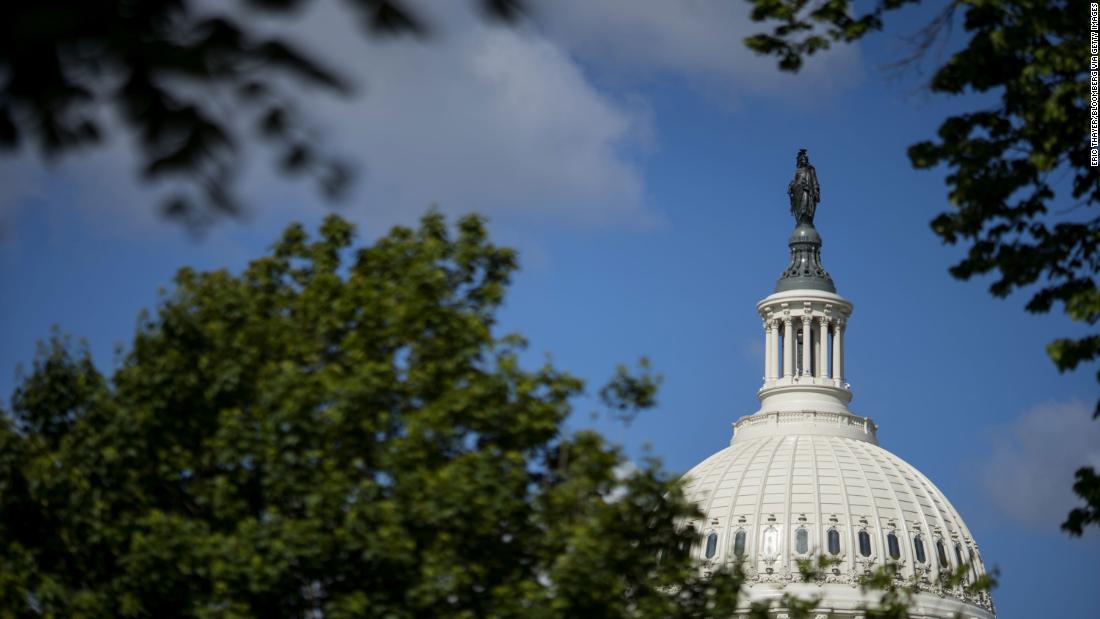 But that’s not the only issue keeping investors up at night. There’s also a growing fear that government officials could pull crucial relief for struggling businesses and workers too soon — creating a “benefits cliff” that undermines the fragile gains logged since April.

In focus: Congress passed a $2 trillion relief package at the end of March. Yet one element — $600 in extra weekly unemployment benefits for workers who lost their jobs during the pandemic — has become a major source of tension.

That additional $600 per week has helped restart consumer spending, which drives the US economy, Deutsche Bank strategists told clients this week.

Since the start of the recession, personal income has “surged,” said the bank’s Jim Reid. This is highly unusual in a downturn, and can be attributed to massive government support, which also included cutting $1,200 stimulus checks, he said.

But some conservatives argue that extending the $600 payments beyond the end of July, when they’re due to expire, would discourage people from hunting for new jobs.

“If you are making, say, $50,000 bucks a year, it is more advantageous to be on unemployment insurance than it is to go back to work,” Sen. Rob Portman, a Republican from Ohio, told CNBC in May.
Annelies Goger, Tracy Hadden Loh and Michael Gaynor of the Brookings Institution disagree with this view. In a piece for CNN Business, they argue that “a narrow focus on how these payments might disincentivize people from working is out of touch with the everyday realities of small businesses and workers alike in the pandemic economy.”

Canceling the benefit, they write, would have a “dramatic, negative domino effects on the economy and the vulnerable Americans,” hitting pocketbooks just as food prices are rising, eviction moratoriums are due to be lifted and cases spike across much of the country.

They also note that the people the extra $600 aids the most — low-wage workers — are also the group most likely to consume, helping to drive the recovery.

A study of the $1,200 stimulus checks by the Federal Reserve Bank of Chicago found that those living paycheck-to-paycheck spent 68% of the payment immediately, while those who save most of their monthly income spent just 23% right away.
Deutsche Bank thinks that Congress will take some action to address the coming cliff edge by the end of the month. But it’s not clear what the next phase of federal assistance will look like.

“Though we expect Congress to pass further stimulus in late July to address these cliffs, the two parties remain far apart on the contours of the next phase of federal support,” the bank advised this week.

President Donald Trump is warning a blue wave in November will crash into Americans’ investment portfolios. But not everyone on Wall Street is cowering at the prospect of a Democratic sweep, my CNN Business colleague Matt Egan reports.

Rival Joe Biden’s poll numbers are looking strong, yet the S&P 500 just wrapped up its longest winning streak since December. The Nasdaq has skyrocketed nearly 53% since March 23.

JPMorgan Chase predicts that a triumph for Democrats could even help boost stocks.

“The consensus view is that a Democrat victory in November will be a negative for equities. However, we see this outcome as neutral to slightly positive,” JPMorgan strategists led by Dubravko Lakos-Bujas wrote in a note to clients this week.

That’s because investors are betting a President Biden would moderate his policy proposals — including raising taxes on the rich and corporations — to fit the weak economy he would inherit. They also expect perceived negatives like increased regulation would be offset by positives like fewer tariffs.

Democrats will likely “prioritize policies that will promote economic recovery since the unemployment rate will likely be around 9% in the first quarter of 2021,” UBS strategists wrote Monday. “We think a Blue Wave will have a roughly neutral effect on equities.”

What history says: There have been five times since World War II when a Democratic president was backed by a unified Democratic majority in Congress: 1948, 1960, 1976, 1992 and 2008. Markets reacted negatively, but only initially.

The S&P 500 declined by an average 2.4% in November following those Democratic sweeps, according to Sam Stovall, chief investment strategist at CFRA Research. But by December, the S&P 500 gained an average of 3.1%, advancing in every instance.

Watch this space: Biden will unveil the first major plank of his economic agenda in Pennsylvania on Thursday, detailing a moderate proposal to use government purchasing to spur manufacturing in sectors such as clean energy, infrastructure and health care.

Disney World is on track to reopen this weekend. The head of the union representing 43,000 Disney service workers warns that the company “has to get it right.”

“We are working on a ton of things, from ensuring there aren’t too many people clocking in at once to adding more buses so there’s more space on each one,” Hollis said.

He acknowledged that there will likely be cases of coronavirus in the park, but is confident that the company will perform the contact tracing necessary to stop the spread.

Florida is battling a spike in Covid-19 cases. Yet Disney still plans to begin its phased reopening this weekend, with ticket sales relaunching Thursday.

The parks will look very different. Among changes tracked by Disney fan blogs: temperature checks at the entrance, character interactions from a distance and physical distancing barriers on rides. There will also be no-mask “relaxation stations” and face shields on cast members.

Will it work? The answer could have a big impact on Disney’s shares, which are down more than 19% this year.

Initial US unemployment claims for the past week arrive at 8:30 a.m. ET. Economists surveyed by Refinitiv expect another 1.38 million applications, which would mark the 16th straight week of more than 1 million claims.

Coming tomorrow: A reading of US producer prices for June as investors monitor inflation trends.