Premarket stocks trading: Reality has caught up with stocks. But what happens next is anyone’s guess 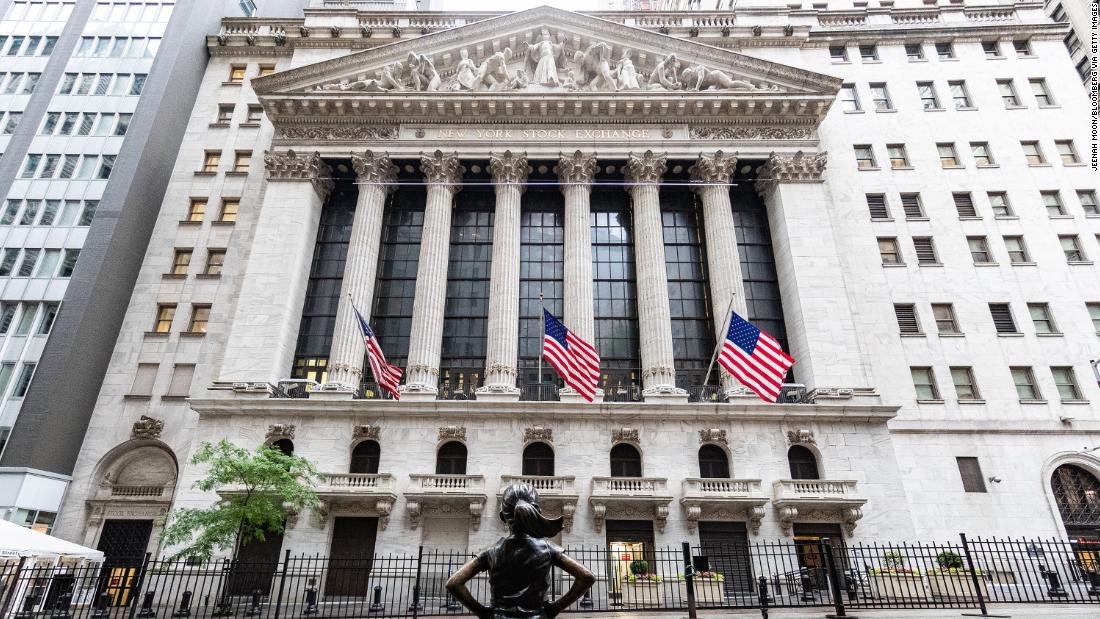 What’s happening: The S&P 500 plunged 5.9%, a massive pullback that some investors thought had been overdue, with stocks increasingly showing a disconnect from what was happening in the real economy. Every stock in the S&P 500 fell except Kroger, according to Bespoke Investment Group.

The question now is whether an unprecedented intervention by central banks and other policymakers — with more help potentially on the way — will be sufficient for risky assets to steady, or if they will take another leg down.

Some investors think stocks still have more to fall given the hugely uncertain outlook.

“Recent experience suggests that it would be wrong to get too smug about a stock market decline of this size, which finally seems to reflect some of the growing weight of bad news in the global economy,” ING’s Robert Carnell said in a note to clients Friday.

The selloff was driven in part by Federal Reserve Chair Jerome Powell’s remarks that the US jobs market remains in an incredibly weak position, and that the recovery will in large part be defined by the course the virus takes.

But Carnell notes that Powell really just said what everyone already knew: that the global economy is in a bad place, and there won’t be a quick rebound.

JJ Kinahan, chief market strategist at TD Ameritrade, told me that the optimism trade was bound to meet the reality trade at some point, bringing corporate valuations down.

“The reality is as you start to look at the numbers, many of these businesses aren’t going to open up fast enough for the market,” he said.

In recent weeks, the Federal Reserve’s huge expansion of its balance sheet has given investors the confidence to wade back into risky assets. That support hasn’t gone anywhere, and Powell has assured market watchers that the central bank will help out as long as necessary.

More fiscal help could be on the way, too. US Treasury Secretary Steven Mnuchin said Thursday that the White House is considering another round of stimulus checks, the Wall Street Journal reports.

But with the VIX, a measure of S&P 500 volatility, spiking above 40 on Thursday, its highest level since April, the direction of travel for stocks heading into next week is murky.

“Some investor fingers will have been burned. But others will see this as a buying opportunity,” Carnell said. “After [Thursday’s] adjustment, there is no telling which way markets will go.”

Britain is already heading for the worst coronavirus-induced slump of any major economy. Now fears are rising that businesses could be slammed by a second body blow this year — the failure of trade talks with the European Union, my CNN Business colleague Hanna Ziady reports.

The latest: The economic picture in the country is already dire. UK output shrunk a record 20.4% in April compared to the previous month, the government said Friday. The country’s economy was roughly 25% smaller than it was in February.

But the situation could deteriorate further as the country races towards the deadline to get a trade deal with the European Union, its single biggest export market, by the end of the year.

The Organization for Economic Cooperation and Development said this week that it expects the UK economy to shrink by 11.5% this year even if a basic free trade agreement with the European Union is reached, and a second wave of infections is avoided.

That is the worst projected contraction among major economies. And if infections spike again and stricter social distancing measures are reintroduced, GDP could collapse by 14%, the OECD said.

On Thursday, the head of the Confederation of British Industry, which represents 190,000 UK companies, warned that businesses would be unable to withstand another shock, with many already fighting to survive.

“The resilience of British business is absolutely on the floor,” CBI director-general Carolyn Fairbairn told the BBC. “Every penny of cash that had been stored up, all the stockpiles prepared have been run down.”

Worldwide protests against police brutality and systemic racism are pushing companies to make changes to policies and corporate leadership, with announcements from Silicon Valley to the retail sector and startup universe accumulating throughout the week.

Some changes: Sephora said it will dedicate 15% of its shelf space to black-owned brands, while Walmart said it will end the practice of locking up black hair care products sold at its stores. Drugstore chains Walgreens and CVS Health are following suit, AP reports.

Meanwhile, Audrey Gelman stepped down Thursday as CEO of The Wing, a co-working startup for women. Members and workers have spoken up in the past about racist incidents and mistreatment. Top brass at the website Refinery29 and media giant Condé Nast also left this week following criticism of the corporate culture.

And Nike said Thursday that it would make Juneteenth (June 19) — a celebration of the end of slavery in the United States — a corporate holiday, joining Twitter, Square and Vox Media.

But so far, Corporate America is steering clear of conversations about defunding the police.

The University of Michigan consumer sentiment survey for June arrives at 10 a.m. ET.

Coming next week: A raft of closely watched economic data for May, including retail sales and housing starts in the United States.