President Trump says he supports a bailout for Boeing 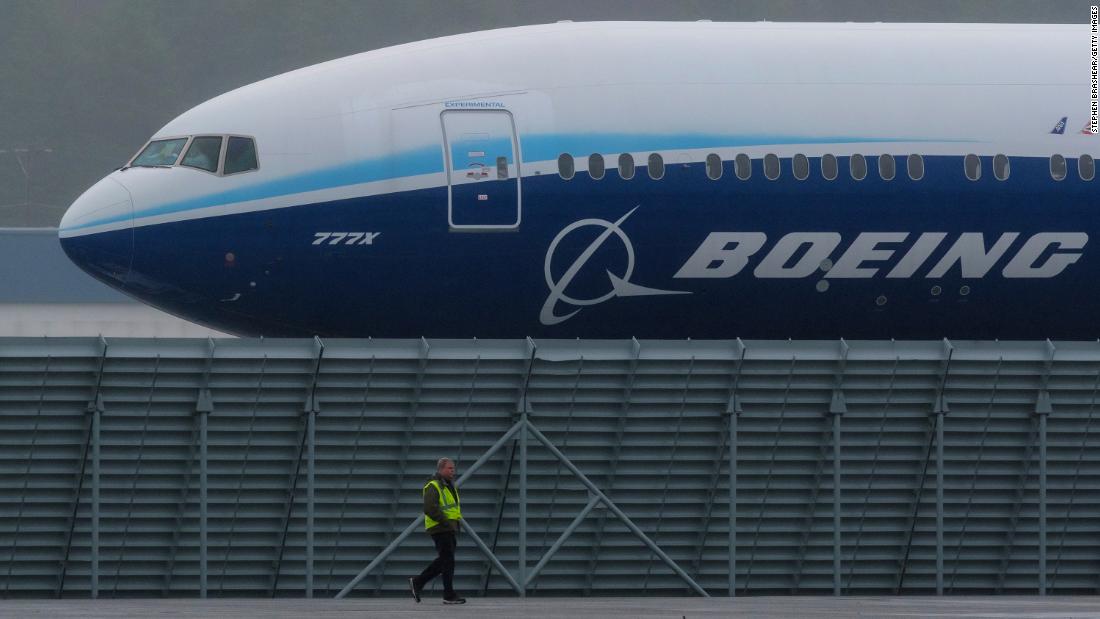 Trump was already on record supporting help for the nation’s airlines, who have asked for about $50 billion in help for passenger airlines, along with $8 billion for cargo airlines and $10 billion for the nation’s airports. And when asked if he supported help for Boeing (BA) and aircraft suppliers such as General Electric (GE), he said only that he would help Boeing and did not address help for suppliers.
Boeing (BA) has already been struggling with the crisis surrounding the 737 Max, which was grounded a year ago after two fatal crashes that killed 346 people. That crisis has cost it nearly $19 billion, according to company filings.

Trump said that before the 737 Max crisis he considered Boeing the best company in the world. And he said he believed it was making progress on fixing its problem.

“And then all of a sudden this hits,” he said.

And after beginning his answer as saying the administration was looking at help for Boeing, he moved to definitely endorsing some kind of package, without giving details.

“Yes, I think we have to protect Boeing. We have to absolutely help Boeing,” he said. “Obviously when the airlines aren’t doing well then Boeing is not going to be doing well. So we’ll be helping Boeing.”

Beyond the 737 Max crisis, Boeing is encountering a new crisis as airlines around the globe face the risk of bankruptcy because of a plunge in passenger air travel. They might not be able to complete purchases of planes they had ordered. Most major US airlines are at risk of running out cash, perhaps before the end of June and almost certainly by the end of the year, according to analysis from Airlines for America, the industry trade group.
And even if the airlines get a federal bailout and don’t run out of cash, there’s a good chance they won’t necessarily want to accept deliveries of jets in the near term. Most airlines are parking the planes they have as they slash their schedules.

Because of that Boeing had its credit rating cut by Standard & Poor’s Monday to just two steps above junk-bond status, the lowest credit rating it has had in nearly 40 years.

“The airlines are in more immediate need for support. Boeing still has a fair amount of cash,” said Chris Denicolo, a credit analyst with S&P. “If the airlines are better shape [due to a bailout], there is less need for Boeing to have direct support.”

Still, if the airlines don’t complete their purchases of planes they had ordered, it will cause a cash crunch for Boeing. Boeing has completed but not delivered 400 of the 737 Maxes. It had expected to begin deliveries of the jets soon after the plane is approved to fly again. That is now in doubt. And because deliveries of those jets have been delayed more than a year, airlines no longer face any financial penalty if they delay delivery.

“The big question for the airlines and for Boeing is how big does the [airline passenger] traffic decline get, and how long does it last,” said Denicolo. He said Boeing can hope the demand rebounds soon after demand for flying resumes.

“The airlines may not need the plane today but you may need it six months from now,” he said.

Normally financial support for a company the importance of Boeing would not be a question during an economic crisis. The company has about 160,000 employees, most of them very well paid. All of the planes it builds are assembled in the United States. Its supplier base is mostly American. It is the nation’s largest exporter and it is crucial to the operation of the nation’s air transport system, which is itself a key to the nation’s economy. It is also a major defense contractor.

But Boeing is among the least popular companies on Capitol Hill. Former CEO Dennis Muilenburg came under withering criticism about the company’s responsibility for the deaths in the crashes when he testified before House and Senate committees last year, shortly before he was forced out of his job.

Boeing is not on record asking for a bailout, though it issued a statement Monday suggesting that it could use some help.

“America’s aerospace industry — which supports over 2.5 million jobs and 17,000 suppliers — is facing an urgent challenge resulting from the coronavirus pandemic,” said Boeing’s statement. “We appreciate how the administration and Congress are engaging with all elements of the aviation industry during this difficult time.”

The company did not immediately respond to a request for comment about Trump’s statement Tuesday.