Private Equity, Lobbying the U.S. for Help, Is Mostly Hearing ‘No’ 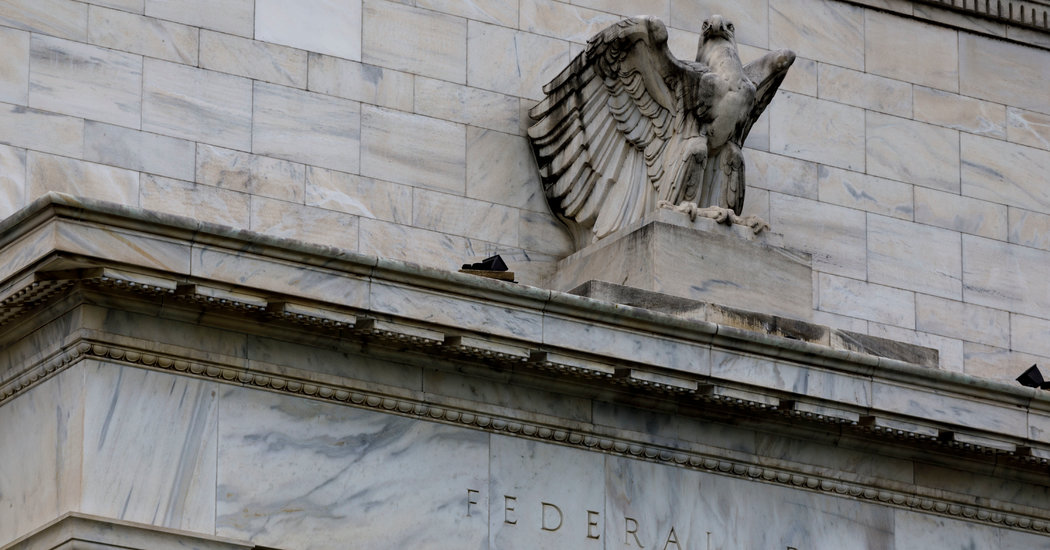 Since March, when the federal government began extending trillions of dollars in aid to companies and investors battered by the pandemic, some of the country’s biggest private equity firms have lobbied hard to shape the stimulus in their favor.

The Carlyle Group argued that some of its companies in aviation, a particularly hard-hit sector, should be eligible for emergency assistance. A co-founder of Apollo Global Management pushed hard for a broader use of a lending program that could benefit its holdings. And the American Investment Council, the industry’s main lobbying group, argued that companies backed by the private-equity industry are very much part of Main Street America, and should therefore be eligible for the same government grant and loan programs that other companies are.

As the economic fallout continues, the bankruptcy filing of J. Crew, the high-profile retailer backed by two private equity firms — as well as signs of distress in other industries where private equity firms are big players — could add ballast to the industry’s push for financial help.

So far, though, its efforts have fallen short.

Last week, the Federal Reserve updated its terms for an emergency program that could lend as much as $600 billion to medium-sized companies, including those with relatively high levels of debt. Despite the A.I.C.’s lobbying for a loosening of restrictions, most private equity firms — which buy companies using large amounts of debt that they then load onto those companies’ balance sheets — will still be shut out because of a rule included in the program.

The affiliation rule, which the industry has lobbied against, essentially considers companies owned by a single private equity firm to be part of a conglomerate rather than individual businesses, disqualifying them from the program by size and revenues. That means big buyout firms, which own scores of companies, are out.

“The new affiliation rule is clearly targeted at the bigger sponsors with a substantial portfolio,” Ian Walker, head of U.S. middle market research at Covenant Review, said, using an industry term for private-equity firms. “It probably won’t affect the smaller players in the middle market.”

Whether the industry should get government aid is a politically thorny question. The private equity business is one of Wall Street’s most profitable, and the industry is sitting on hundreds of billions of dollars of spare cash that it has raised from pension funds and other investors. Private equity firms own thousands of companies, many of them small to medium-sized, that employ 8.8 million workers in the United States, according to figures compiled by the professional-services firm EY and the A.I.C. In 2019 alone, such firms invested more than $300 billion in 4,788 companies, according to the A.I.C.

At the same time, the industry’s practice of piling companies with sometimes unsustainable levels of debt and its narrow pursuit of profits, often secured by squeezing costs, has made private equity a target of critics.

Private equity firms “do fabulously well when their risky bets pay off, and they are the people arguably best positioned to absorb losses right now,” said Bharat Ramamurti, a former campaign aide to Senator Elizabeth Warren who has been named to the Congressional committee overseeing the government’s virus bailout efforts. “They should absorb risks when things go badly, because that’s what risky bets entail,” he added.

Private equity’s push to influence the government’s emergency support has been manifold. Early on, when the $2 trillion CARES Act was taking shape, A.I.C. officials pushed for relief from the affiliation rule, arguing that the companies owned by its roughly 50 member firms should receive equal treatment to other companies of similar size and returns.

Representatives of Carlyle pressed legislators to consider aid for troubled aviation companies, according to lobbying filings and a company official. Three of the firm’s portfolio companies — the terminal-services firm PrimeFlight, the aerospace-services firm Sequa Corporation, and the aircraft-equipment maker NORDAM — subsequently applied for relief under provisions of the act geared toward the air travel and national security businesses, the official said. (A PrimeFlight representative confirmed applying for support under a CARES Act provision covering contractors to air carriers, adding that the company had “not received any funding” so far. Sequa and NORDAM did not respond to requests for comment.)

As part of their pitch, private equity executives are also highlighting the financial hit their investors — including university endowments, state and municipal pension funds — are taking as the economy craters. Those clients pay annual fees of between 1 and 2 percent of the money they have promised to invest in a private equity fund, no matter what the economic conditions may be.

Critics of private equity say this is the moment when the industry should be coming up with more ways to help the companies they own.

Moreover, the private-equity business still has hundreds of billions in as-yet-unused investment money known as dry powder, which could theoretically be used to shore up troubled investments. Some of that cash is being deployed to help companies struggling from the impact of the virus, like the commercial-printing business Cimpress, which Apollo invested $300 million in last month. But industry executives point out that the unused cash is controlled by individual investment funds, not the parent private equity firm, and that much of it is earmarked for future purchases rather than adding new capital to old ones.

Blackstone, Apollo, Carlyle, TPG and other large private-equity firms, along with the A.I.C., spent a combined total of more than $3 million on lobbying during the first quarter, according to Senate filings, on matters including virus-related aid. Their efforts reached a wide array of government officials, from the Small Business Administration, which was handling loans for small businesses, to the executive office of President Trump, where Jared Kushner, a senior adviser, fielded some queries on the relief measures.

Even so, “the new federal government programs offer limited relief for most private equity backed companies,” Drew Maloney, president of the A.I.C., said in a statement.

Representatives of Blackstone and Apollo say the lobbying referred to in the filings was limited to fact-gathering, that their portfolio companies had not applied for funds under an S.B.A. program and that they did not expect that any of their companies would seek Main Street funds. A Carlyle representative said that the firm’s lobbying was focused on the aviation provision of the CARES Act, not on the S.B.A. program.

In March, Marc J. Rowan, the co-founder of Apollo, circulated an elaborate position paper and slide deck to argue for the relaxation of the Term Asset-Backed Securities Loan Facility, known as TALF, a $100 billion emergency loan program through which the Fed can backstop troubled markets. Mr. Rowan argued that the Fed’s program should be expanded, a change that could potentially make the program more beneficial to private equity firms and their portfolio companies.

Mr. Rowan presented his case to Mr. Kushner and other officials, including a bipartisan group of Congressional lawmakers called the Problem Solvers Caucus. Within days, some of those legislators were making some of the same arguments, according to letters reviewed by The New York Times.

“As we laid out in our back to work checklist, we need to ensure small businesses have access to liquidity, or have the liquidity they need to reopen, and we shouldn’t discriminate against them because of their ownership structure,” said Representative Josh Gottheimer, a New Jersey Democrat who co-chairs the caucus and signed letters arguing for a broader use of the TALF.