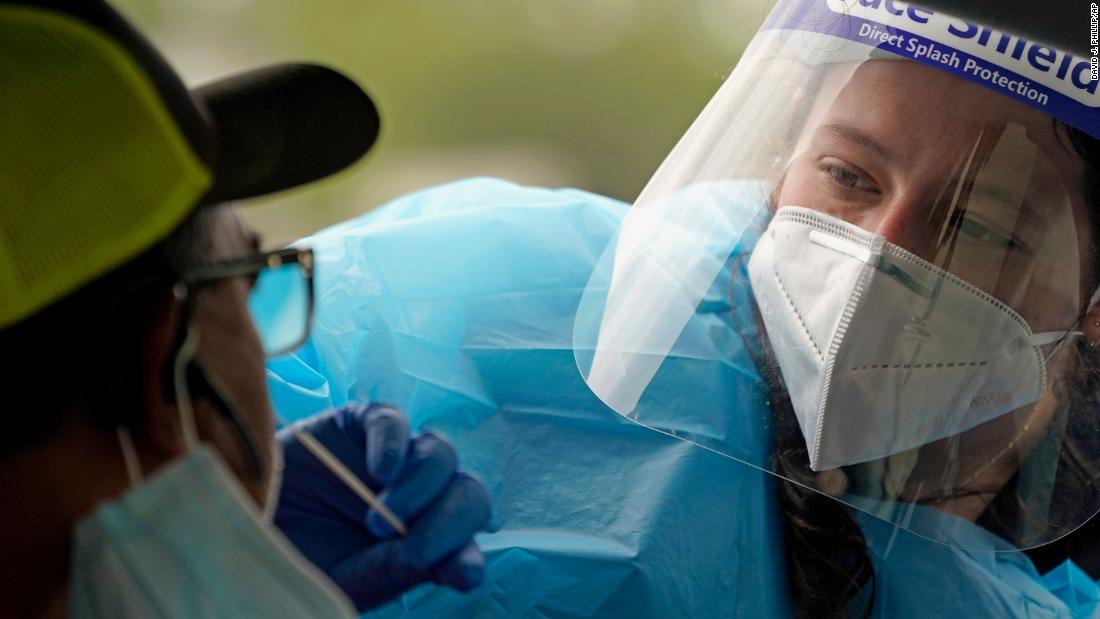 Coronavirus denialism can take many shapes. The main shape I’m seeing right now, across pro-Trump talk shows and blogs and webcasts, is invisible to the naked eye. They’re just not covering the virus much at all.

President Trump isn’t giving them much material to work with. He is barely talking about the virus or providing a proactive message to the American people. Instead, he’s golfing and tweeting about “Sleepy Joe” and triggering “white power” controversies. His favorite shows and stars are by and large sticking to the same script — and thus doing a disservice to readers and viewers…
Quoting Margaret Sullivan’s newest WaPo column: “For too long, many devotees of most right-wing news decided they didn’t need to stay home. Others absorbed the idea that wearing a protective mask was an act of left-leaning partisanship. But disease leaps across the political aisle quite nimbly. And so it’s tragic — but again not all that surprising — to see the virus spiking now in red states where governors and other public officials joined Trump and his favorite news outlets early on in downplaying the dangers.”
CNN senior political analyst Kirsten Powers, formerly a Fox News contributor, said on Sunday’s “Reliable Sources” that right-wing media’s initial “refusal to accept” coronavirus as a big problem “cost a lot of lives” and did “irreparable damage.” And David Zurawik said it is still going on: “Trump and his right-wing messaging machine are muddying the waters, confusing people…”

“Fox News Sunday” moderator Chris Wallace led his Sunday program with what he called a “dangerous new phase of the pandemic.” The news hours on Fox News also focused on the pandemic. But the channel’s highest rated hours on Sunday — like “Fox & Friends” in the morning and “Life, Liberty and Levin” at night — led with “law and order” stories and reflected Trump’s talking points.

I’m not arguing that every show on every network should be the same. Of course not! But Fox’s MAGA talk shows carry unique influence among a swath of Americans who consistently say they don’t trust other sources. Often times they don’t even trust the newscasts on Fox. The talk shows have not taken this new Covid-19 spike seriously enough.

>> And here’s another example: Producer Marina di Marzo analyzed the Trump-Sean Hannity town hall and found that only three minutes of the hour were devoted to the coronavirus…

>> Re: the “town hall,” Susan Glasser told me that it showed “a president who is very disconnected from reality…” Watch her comments here…

Oliver Darcy writes: Those of us who work in the news industry are very familiar with the basics of the virus and preventive measures that can be taken to slow its spread. But it’s important to remember that most people are not as plugged into the news cycle as we are and are, as a result, more susceptible to believing spin and misinformation. So what should journalists do? Hammer home the basics.

For example, a popular talking point from the W.H. in recent days is that increased access to testing is the reason the US is seeing a rise in cases. People I know have made this argument to me as well. But while increased testing is likely a contributing factor to more positive cases, it certainly doesn’t tell the whole story. News outlets should explain this, showing charts of increased hospitalization rates to drive home the point that more people in certain areas of the country are in fact getting sick.

It doesn’t stop there. Unfortunately, the public still needs a great deal of education around the use of face masks. News orgs should reiterate at every chance the statistics that show how effective mask-wearing is at reducing the virus. But there are other aspects related to mask-wearing that I think should also be pointed out: That even when wearing a face-covering, social distancing should be followed if possible; that masks with valves should be avoided; and that masks should cover your nose and mouth. These are basics, but judging by the number of people I see getting these things wrong, they clearly need to be reiterated…