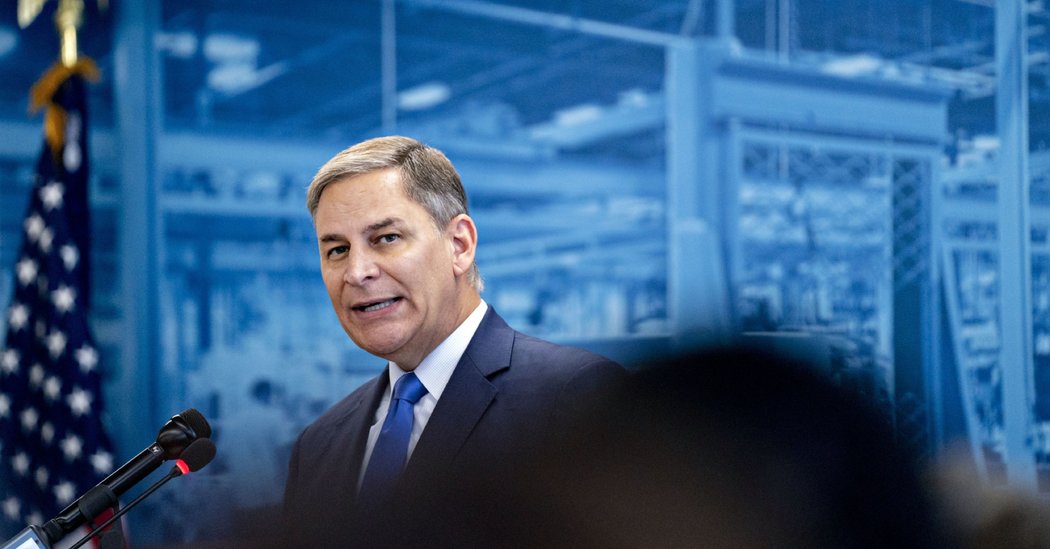 WASHINGTON — One of Jay Timmons’s Facebook friends invited him last week to attend a “Reopen Virginia” rally in Richmond, a protest against the stay-at-home order issued amid the coronavirus by the state’s Democratic governor. Mr. Timmons unfriended the sender, then published a searing retort, criticizing the protesters and accusing them of putting manufacturing workers’ lives at risk by defying rules meant to limit the spread of the virus.

Mr. Timmons’s post began with a single word in all capital letters: “IDIOTS.”

A chief of staff to a Republican former governor of Virginia, Mr. Timmons now heads the National Association of Manufacturers, one of America’s largest business lobbying groups. His frustrations, which he detailed this week online and in a 30-minute interview, show the stark divide between the small-but-loud groups of protesters who are marching on state capitols to demand an immediate lifting of restrictions on economic activity and business leaders who have called for more gradual and careful steps toward reopening.

“These people are standing so close together without any protection — with children, for God’s sakes,” Mr. Timmons said in a video call. “And they have no concern, and it’s all about them, and it’s all about what they want. And you know what? Every one of us wants it. Every one of us wants some sense of normalcy. But I can tell you this: We’ll never have it if our manufacturing workers can’t do their jobs, if they can’t get that personal protective equipment manufactured, so that everybody has access to it to go back out into public.”

Mr. Timmons said he supported Americans’ right to protest, but he encouraged people to exercise that right within the confines of social distancing protocol. He suggested posting on social media, calling the offices of political leaders, even writing “strongly worded, vitriolic letters” to news media outlets or lawmakers.

As the outbreak spread across America, Mr. Timmons said he spent nearly a month pushing the Centers for Disease Control and Prevention to issue even basic safety guidelines for factory workers cranking out personal protective equipment while much of the country worked or sheltered at home. The guidelines finally came after he called Vice President Mike Pence to demand action.

He and the manufacturers’ association have also pushed Congress to help manufacturers large and small weather the sudden recession caused by the virus.

Last week President Trump named Mr. Timmons to one of the many industry groups the White House has assembled to advise on how to restore the economy safely amid the pandemic. Mr. Trump has expressed support for protesters, writing “LIBERATE VIRGINIA” in a recent Twitter post.

The Virginia Republican Party has called for Gov. Ralph Northam to move immediately to reopen the state. Some states, like South Dakota, have imposed few restrictions on activity amid the pandemic but still experienced sharp contractions in their economies. Others, like Georgia and South Carolina, signaled this week that they would begin lifting restrictions. Georgia’s governor said he planned to allow gyms, nail and hair salons, and bowling alleys to begin operating as soon as Friday, with restaurants and movie theaters potentially opening as early as Monday.

Mr. Timmons, who lives in the Northern Virginia suburbs of Washington, said small manufacturers in particular were at risk of failing amid the crisis and would need additional help from federal lawmakers to survive it. He stressed the need for Congress to replenish money for a small-business assistance fund that ran out of money last week, and he said he believed the economy could open “in a common-sense way.”

But he also warned against reopening hastily, in a manner that would raise the risk of another wave of infections and deaths — and a new round of economic restrictions. “We don’t want to risk having to shut our economy down again,” he said. “We can’t go through this again. And it’s unfortunately likely that that will happen if you have people who are irresponsible beating their chests at a demonstration on the steps of the state capitols surrounded by dozens if not hundreds of other irresponsible people.”

Mr. Timmons recently learned a bit of family history that drove home the risks of a rush back to normal life in a pandemic. His great-grandfather, Mr. Timmons said, died in the second infection wave of the Spanish flu, in October 1918.