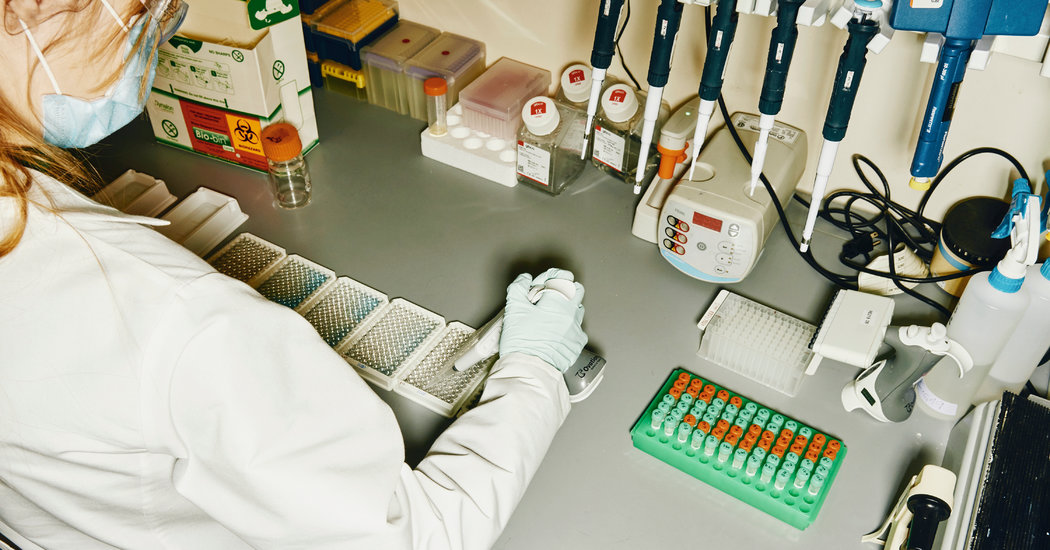 A prototype vaccine has protected monkeys from the coronavirus, researchers reported on Wednesday, a finding that offers new hope for effective human vaccines.

Scientists are already testing coronavirus vaccines in people, but the initial trials are designed to determine safety, not how well a vaccine works. The research published Wednesday offers insight into what a vaccine must do to be effective and how to measure that.

“To me, this is convincing that a vaccine is possible,” said Dr. Nelson Michael, the director of the Center for Infectious Diseases Research at Walter Reed Army Institute of Research.

Scientists are engaged in a worldwide scramble to create a vaccine against the new coronavirus. Over a hundred research projects have been launched; early safety trials in humans have been started or completed in nine of them.

Next to come are larger trials to determine whether these candidate vaccines are not just safe, but effective. But those results won’t arrive for months.

In the meantime, Dr. Dan Barouch, a virologist at Beth Israel Deaconess Medical Center in Boston, and his colleagues have started a series of experiments on monkeys to get a broader look at how coronaviruses affect monkeys — and whether vaccines could fight them. Their report was published in Science.

The scientists started by studying whether the monkeys become immune to the virus after getting sick. The team infected nine unvaccinated rhesus macaques with the new coronavirus.

The monkeys developed symptoms that resembled a moderate case of Covid-19, including inflammation in their lungs that led to pneumonia. The monkeys recovered after a few days, and Dr. Barouch and his colleagues found that the animals had begun making antibodies to the coronavirus.

Some of them turned out to be so-called neutralizing antibodies, meaning that they stopped the virus from entering cells and reproducing.

Thirty-five days after inoculating the monkeys, the researchers carried out a “re-challenge,” spraying a second dose of the coronavirus into the noses of the animals.

The monkeys produced a surge of protective neutralizing antibodies. The coronavirus briefly managed to establish a small infection in the monkey’s noses but was soon wiped out.

“If we did the re-challenge study and it didn’t work, the implication would be that the entire vaccine effort would fail,” he said. “That would have been really, really bad news for seven billion people.”

In a separate experiment, Dr. Barouch and his colleagues tested prototype vaccines on rhesus macaques. Each monkey received pieces of DNA, which their cells turned into viral proteins designed to train the immune system to recognize the virus.

Both macaques and humans make so-called neutralizing antibodies against coronaviruses that target one part in particular: a protein that covers the virus’s surface, called the spike protein.

Most coronavirus vaccines are intended to coax the immune system to make antibodies that latch onto the spike protein and destroy the virus. Dr. Barouch and his colleagues tried out six variations.

The researchers gave each vaccine to four or five monkeys. They let the monkeys develop an immune response for three weeks, and then sprayed viruses in their noses.

Some of the vaccines provided only partial protection. The virus wasn’t entirely eliminated from the animals’ lungs or noses, although levels were lower than in unvaccinated monkeys.

But other vaccines worked better. The one that worked best trained the immune system to recognize and attack the entire spike protein of the coronavirus. In eight monkeys, the researchers couldn’t detect the virus at all.

“I think that overall this will be seen as very good news for the vaccine effort,” said Dr. Barouch. “This increases our optimism that a vaccine for Covid-19 will be possible.”

Florian Krammer, a virologist at the Icahn School of Medicine at Mount Sinai in New York who was not involved in the study, said that the levels of antibodies seen in the monkeys were promising.

“This is something that would protect you from disease,” he said. “It’s not perfect, but you certainly see protection.”

Two vaccine teams — one at the University of Oxford and one at the China-based company Sinovac — have tested vaccines on rhesus macaques. This month they reported that their vaccines also offered the animals protection.

The new study provides a deeper look at how vaccines protect monkeys, and perhaps one day humans.

Along with neutralizing antibodies, the immune system has a huge arsenal of weapons it can deploy against pathogens. Some immune cells can recognize infected cells and destroy them, for example.

Pamela Bjorkman, a structural biologist at Caltech who was not involved in the study, said that this correlation gave her more confidence in Dr. Barouch’s findings. “I think that’s really reassuring,” she said.

Dr. Michael said that link could help scientists running safety trials in humans. They may be able to get some early clues about whether the vaccines are effective.

When a new vaccine goes into testing, the first round of trials are designed to see if it’s safe. Only then do researchers move forward with bigger trials to determine if the vaccine actually protects against a disease.

Vaccine designers often try different doses in a safety trial, looking for the lowest dose that provides the greatest protection. Dr. Barouch’s study suggests that measuring neutralizing antibodies can give an indication if a dose will be potent enough to give protection.

Malcolm Martin, a virologist at the National Institutes of Health who was not involved in the study, cautioned that monkeys are different from humans in important ways.

The unvaccinated monkeys in this study didn’t develop any of the severe symptoms that some people get following a coronavirus infection. “It looks like they got a cold,” Dr. Martin said.

Lisa Tostanoski, a postdoctoral fellow working with Dr. Barouch and co-author of the new study, noted that the study only offers a glimpse at how the vaccine works three weeks after injection.

It’s possible that the vaccines may defend the monkeys for many years to come, she noted — or the protection may fade much sooner.

How long immunity to the coronavirus lasts may determine whether people will need just one shot of a vaccine or more. People may need boosters from time to time to rev up their defenses again and keep the pandemic at bay.