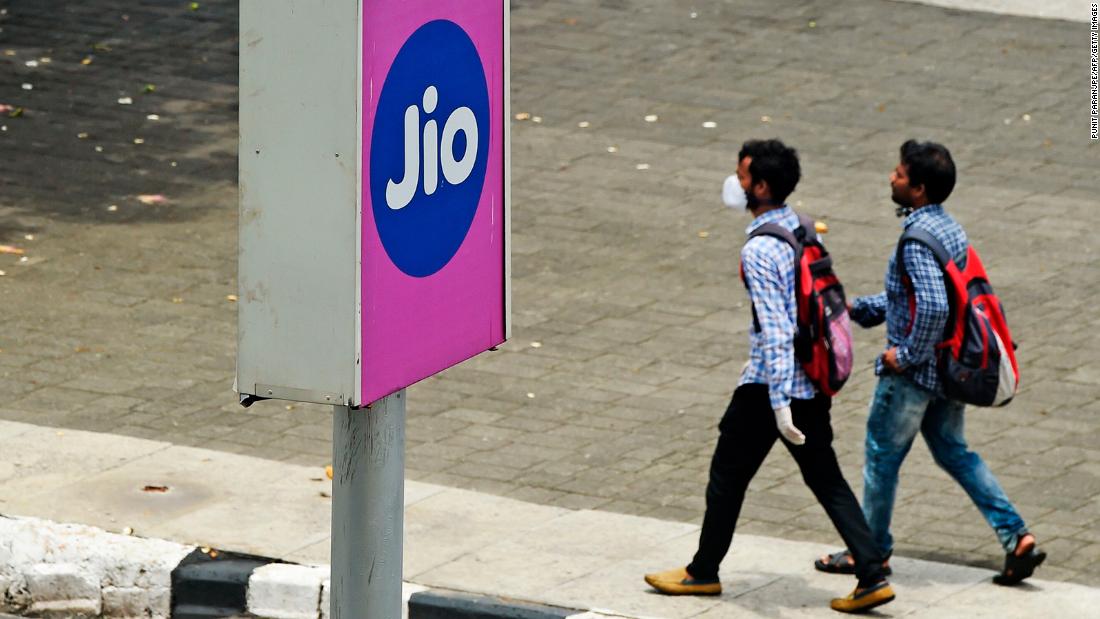 Jio Platforms, the tech firm owned by billionaire Mukesh Ambani, has won another investment, this time from US chipmaker Qualcomm (QCOM).

The two companies announced Sunday that Qualcomm’s investment arm would pump up to 7.3 billion Indian rupees (about $97 million) into Jio, in exchange for an equity stake of 0.15%.

Jio is part of Ambani’s sprawling conglomerate, Reliance Industries. It includes India’s biggest mobile network with more than 388 million subscribers. Jio also has an ecosystem of apps, offering those millions of mobile users everything from online grocery shopping to digital payments and video streaming.

“Today, I am delighted to welcome Qualcomm Ventures as an investor in Jio Platforms,” Ambani said in a statement. “As a world leader in wireless technologies, Qualcomm offers deep technology knowhow and insights that will help us deliver on our 5G vision and the digital transformation of India for both people and enterprises.”

Qualcomm CEO Steve Mollenkopf said in a statement that his company looked forward “to playing a role in Jio’s vision to further revolutionize India’s digital economy.”

In recent months, the company has raised funding from a slew of marquee investors, including Facebook (FB), KKR, Silver Lake, Vista and Mubadala, Abu Dhabi’s sovereign wealth fund. Earlier this month, it also secured a commitment of 18.9 billion Indian rupees (almost $252 million) from another US chipmaker, Intel (INTC).

In total, Jio has raised almost 1.2 trillion rupees (about $15.6 billion) since April.

Analysts say that Ambani’s ultimate goal is to build the next global technology company, one that will hold rank alongside the likes of Google (GOOGL), Tencent (TCEHY), Amazon (AMZN) and Alibaba (BABA).
The billions raised in the last few months will be used to fuel those grand ambitions, as well as to pay down debt at its parent company. The oil and energy industry, which forms a big part of Reliance’s business, was badly dented by the coronavirus pandemic. Global oil demand cratered because of sharp declines in transport, industrial and commercial activity, although it has begun to recover with the easing of lockdowns.

Last month, the conglomerate claimed in a statement that “the combined capital raised has no precedence globally in such a short time.”

“This is even more remarkable that this was achieved amidst a global lockdown caused by the Covid-19 pandemic,” Reliance added.

Ambani is using the momentum to reassure his existing investors. “I have fulfilled my promise to the shareholders by making Reliance net debt-free much before our original schedule,” he said in a statement last month.