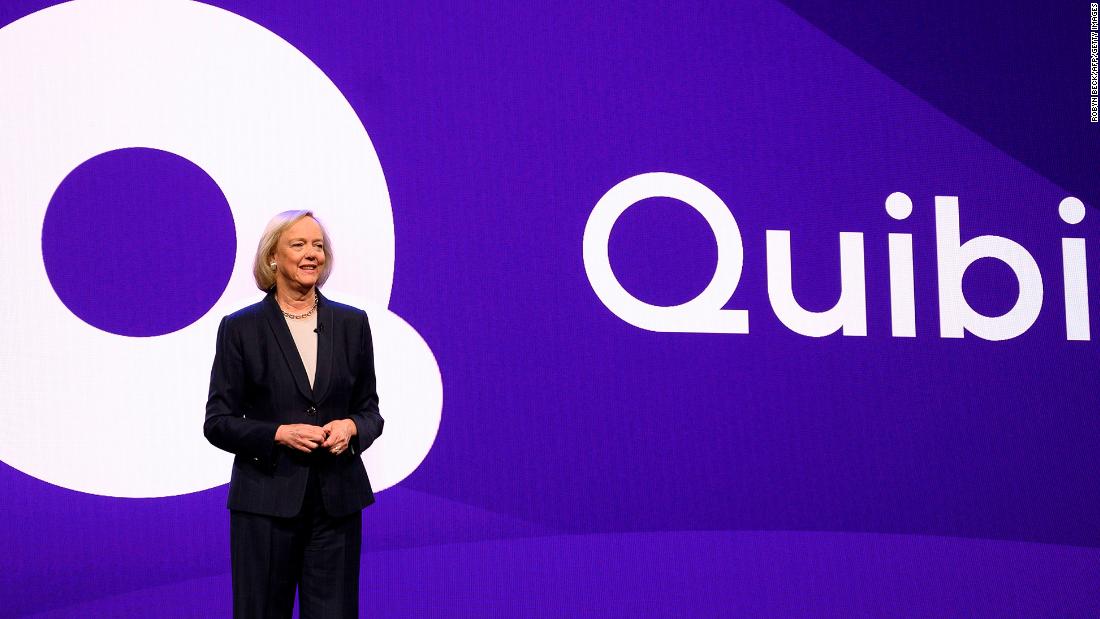 Sensor Tower, an analytics firm that tracks app downloads, says only 72,000 of the 910,000 people who downloaded the app within the first three days of Quibi’s April 6 launch became paid subscribers after their 90-day trial ended.
Quibi said in a statement that Sensor Tower’s numbers are “incorrect by an order of magnitude” and that it’s seeing “excellent conversion to paid subscribers.” It says it has 5.6 million downloads to date, but it would not share how many of those downloads have resulted in paid subscriptions. Quibi recently reduced its trial period to two weeks.
The four-month-old startup makes mobile-only, short-form video with well-known stars and producers starting at $4.99 per month with ads. It’s founded by Hollywood heavyweight Jeffrey Katzenberg and its CEO is Meg Whitman, who was previously CEO of HP (HPQ) and an executive at eBay (EBAY). (CNN’s parent company WarnerMedia is an investor.)

Sensor Tower acknowledges its numbers are estimates. The firm defines an install as the first download of an app by a single Apple or Google account, so its data doesn’t account if an app is installed again by the same user after being previously deleted or added to another device. It also doesn’t account for iPad downloads.

Quibi’s infancy has also been littered with stories from insiders trashing the service. Katzenberg went on the record with the New York Times saying he’s unhappy with the launch.

Despite the anemic numbers, Whitman insists there’s a path forward. “I think you’ll see nice, slow and steady growth as we head through the pandemic. And then maybe when we get to the other side of the pandemic, we’ll see some accelerating growth,” she previously told the Times.

Still, Quibi has a long road ahead, especially compared to Disney’s new subscription service. Sensor Tower said that 11%, or 1 million, of the 9.5 million downloaders within the first three days of Disney+’s launch in November 2019 began paying for it after the trial period ended — higher than Quibi’s 8% conversion rate, which also represents a much smaller base.