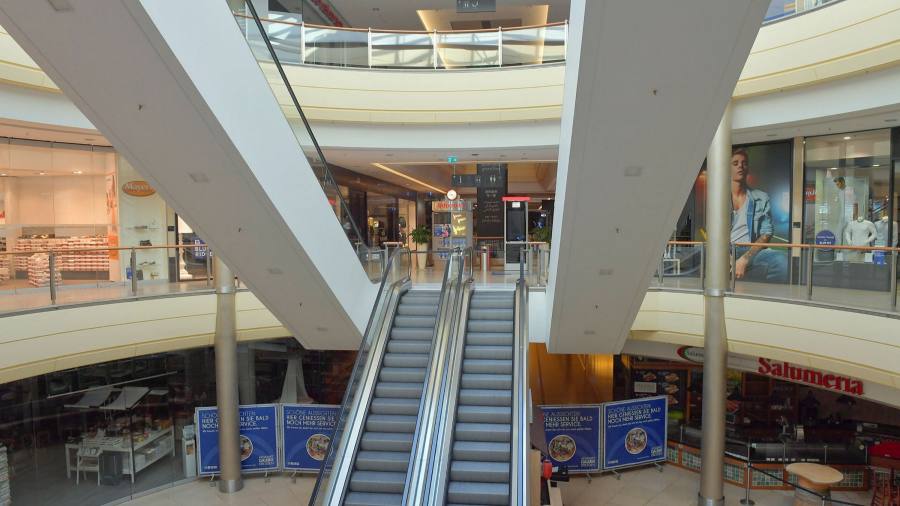 Rating agencies have placed more than 1,000 slices of debt backed by leveraged loans on review for downgrades, anticipating that strains emerging from the global economic shutdown will damage Wall Street’s debt machine.

Special vehicles known as collateralised loan obligations package up leveraged loans to back new tranches of bonds and equity that have varying exposure to the default risk of the underlying corporate debt. Such structures have enabled a surge in borrowing by riskier companies, many of them owned by private equity firms.

But the coronavirus pandemic has led to severe drops in revenues that have hurt companies’ creditworthiness, with around 20 per cent of the loans held in the roughly $600bn CLO market already downgraded, according to Bank of America analysts. That has prompted rating agencies to reassess the risks to investors in the CLOs themselves.

“This is the paramedics coming to the mortuary,” said Daniel Zwirn, chief executive of Arena Investors, of the prospect of downgrades of CLO tranches. “It’s the beginning of a recognition of a reality that already existed two months ago.”

Rating agency Moody’s has placed a total of 976 debt tranches on review for downgrade across Europe and the US, affecting $23.3bn worth of debt. Its peer S&P Global has put 155 US CLO tranches on review, while Fitch Ratings has a negative watch on a total of 210 European tranches and 17 US tranches.

A large portion of the debt under review already carries a high-yield, or “junk” rating but roughly a third of all US triple B-rated tranches — the lowest rung of investment-grade — were also put on review, according to estimates from Barclays.

The rating agencies said the senior tranches of CLOs, which account for the majority of debt outstanding, run a small risk of defaulting. No tranches rated triple A or double A have been put on review for downgrade as a result of coronavirus.

So far, the agencies have made only a few cuts to CLO ratings. Last week S&P lowered the triple B minus-rated tranche of a CLO managed by Marathon Asset Management to double B plus, as well as lowering the double B minus-rated tranche to single B minus. The agency said the Marathon CLO had “considerable exposure” to loans affected by virus lockdowns in sectors such as retail, hotels and entertainment.

Moody’s said it had not yet downgraded any CLO debt tranches as a result of Covid-19.

The leveraged loan market has more than doubled to about $1.2tn since the last financial crisis, fuelled in part by demand from CLOs. This has led to weakening lending standards and a deterioration in the quality of loans underpinning these debt securities.

The total returns for CLO debt so far this year range from a fall of 2.6 per cent for the highest-rated, triple A tranches to a decline of more than 40 per cent for B rated tranches, according to data from JPMorgan.

Analysts and investors expect further downgrades to these debt tranches, as well as the loans underpinning them. Rating agencies have said that if the global economy continues to deteriorate, they will not hesitate to take action.

“This is the preview, not the movie,” said Michelle Russell-Dowe, head of securitised credit at Schroders, of the recent rush of downgrade warnings.