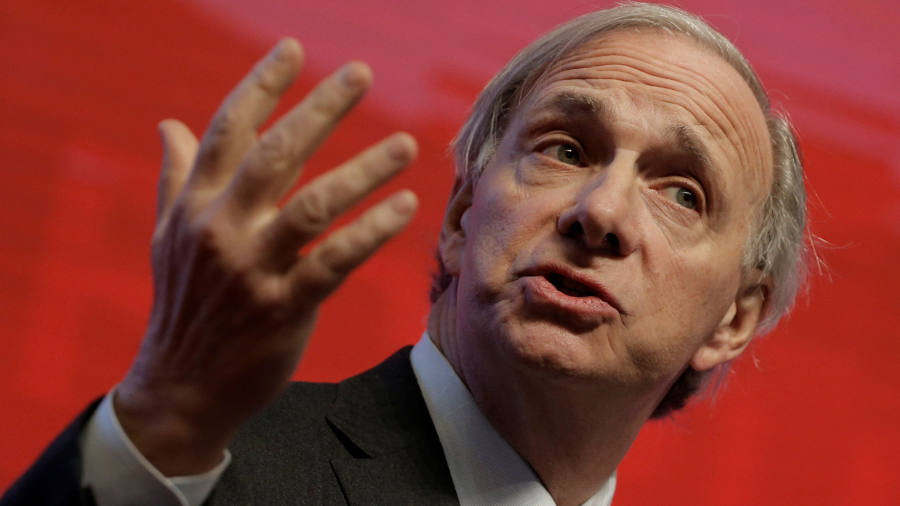 The founder of the world’s largest hedge fund has admitted his Bridgewater Associates was caught wrongfooted during this month’s coronavirus-led market turmoil, as its flagship fund dropped about 20 per cent for the year following sharp reversals in stocks, bonds, commodities and credit.

“We did not know how to navigate the virus and chose not to because we didn’t think we had an edge in trading it. So, we stayed in our positions and in retrospect we should have cut all risk,” said billionaire investor Ray Dalio in a statement to the Financial Times.

“We’re disappointed because we should have made money rather than lost money in this move the way we did in 2008.”

Bridgewater Associates’ Pure Alpha Fund II tumbled roughly 13 per cent this month through Thursday, according to two people familiar with its performance, following an 8 per cent drop in the first two months of the year. The firm manages about $160bn, with about half in its Pure Alpha macro strategy.

The performance losses mark a low point for Bridgewater, which rose in stature after notching positive returns during the global financial crisis. It is a high-profile illustration of how the steep market falls caused by the coronavirus pandemic are hitting fund managers.

Pure Alpha was largely betting on rising equities and rising Treasury yields entering this month’s market shock, said one person briefed on the matter. It also held put options on stock indices, which helped cushion the losses, the person said. Bridgewater has yet to release figures through the end of the week.

Last year, the Pure Alpha fund was essentially flat, while Bridgewater’s All Weather fund, which uses a “risk parity” strategy that attempts to balance risk across a variety of asset classes throughout various market conditions, gained more than 16 per cent.

The S&P 500 index was down 23 per cent this year through Thursday but rallied more than 9 per cent on Friday as President Donald Trump declared a national emergency to help combat the coronavirus.

Benchmark 10-year Treasury yields climbed back to almost 1 per cent on Friday after plunging to a record low of 0.318 per cent on Monday. The Federal Reserve announced it would start buying Treasuries across all durations, which soothed some of the investor fright and led to long-term yields rising at the end of the week.

Mr Dalio earlier in January urged investors to get off the sidelines and benefit from strong markets, telling CNBC in an interview that “cash is trash”.

Greg Jensen, co-chief investment officer of Bridgewater, told the FT in January that gold could surge to a record high above $2,000 an ounce as central banks embrace higher inflation and political uncertainties increase. “There is so much boiling conflict,” Mr Jensen said. “People should be prepared for a much wider range of potentially more volatile set of circumstances than we are mostly accustomed to.”

Gold prices have been highly volatile throughout the month, partly due to traders cashing in gains to offset losses in other markets.

Bloomberg first reported on the performance of Pure Alpha.