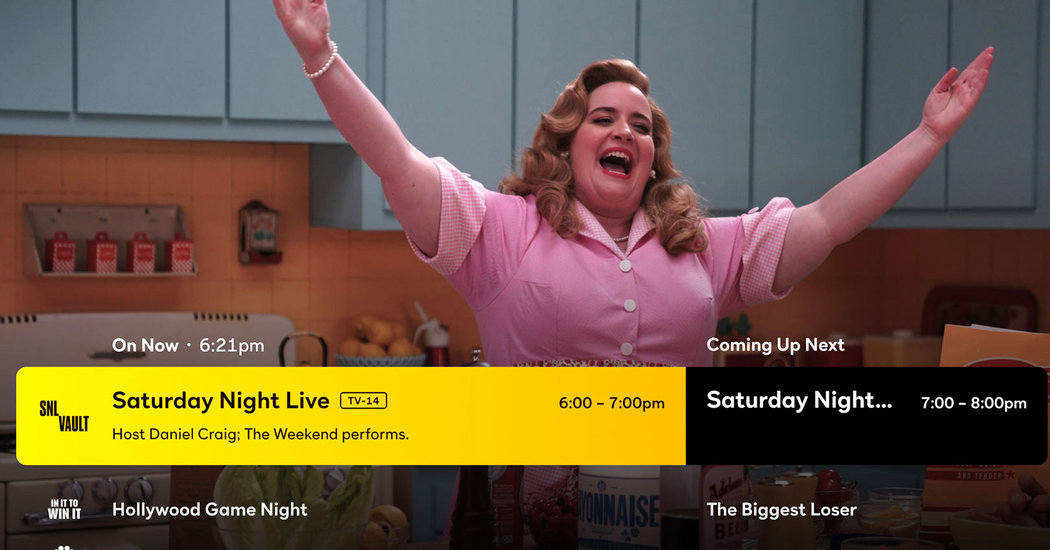 In what amounts to a sneak preview, Comcast’s NBCUniversal will offer its long-in-the-works streaming platform, Peacock, to some cable subscribers on Wednesday before making it widely available in the summer.

The platform is vital to NBCUniversal’s future, and on Tuesday company executives described the initial rollout as a “milestone in our company’s history.” Peacock will be streamed into the homes of the more than 10 million Comcast subscribers who have Xfinity X1 and Flex devices.

But with the coronavirus pandemic upending American life and the entertainment industry, the new streaming service will face challenges that would have been unimaginable a few months ago.

NBC, the exclusive broadcaster of the Olympics in the United States, had planned to promote the platform in July and August throughout the Tokyo Summer Games. Now that the international competition has been postponed a year, the company has lost a marketing advantage.

On the other hand, with most Americans having been instructed to stay home, television and streaming usage have skyrocketed, according to Nielsen. Streaming across the Comcast Xfinity business was up 50 percent in March from February, with each household watching two extra hours a day, the company said.

And NBC believes its price for Peacock’s initial debut — free, with advertising from companies such as Capital One and Verizon — will appeal to people who have already made it through Netflix’s “Tiger King.”

“If anything, we feel more strongly we need to bring this service to market and add a lot of value to people who are looking for additional options to get entertainment,” Matt Strauss, chairman of Peacock, said during a conference call on Tuesday with the news media.

July is still the target date for the nationwide introduction, but NBCUniversal is “evaluating whether to launch Peacock even sooner,” Mr. Strauss added. Still, the loss of the Olympics has complicated matters.

“There’s no way to sugarcoat it: It’s a big blow to the success of the launch,” said Dan Ives, a managing director at Wedbush Securities. “The Olympics coverage was a big piece of the magic formula.”

“It’s not about making money in the near term, it’s about getting subscribers,” Mr. Ives added. “There’s an outright war going on between streaming players, and Peacock, with 15,000 hours of content, cannot afford to lose out on this window.”

Because of the pandemic, production on most of Peacock’s original programming has been suspended, and many debuts planned for this year have been pushed into 2021.

“We’re not measuring ourselves necessarily on what happens over the next couple of months,” Mr. Strauss said. “We really believe this is a long-term strategy in the market.”

The market has been getting more crowded. Quibi, a streaming service for mobile phones started by Jeffrey Katzenberg and Meg Whitman, debuted this month, and HBO Max, the Warner Media streaming service, is planned for May.

Peacock will include many NBC shows like “30 Rock” and “Law & Order: SVU” and Universal movies like “Jurassic Park” and “E.T.” Starting next year, it will be the streaming home of “The Office,” a sitcom that has been popular on Netflix in recent years. A handful of original Peacock shows are expected to arrive this year, including an adaptation of “Brave New World” starring Demi Moore and a reboot of “Saved by the Bell.”

“Fast-forward a few months, and we’ll have two Olympics in a relatively short amount of time,” Mr. Strauss said. “And dozens of original premieres in 2021, all timed with ‘The Office’ coming to Peacock exclusively.”