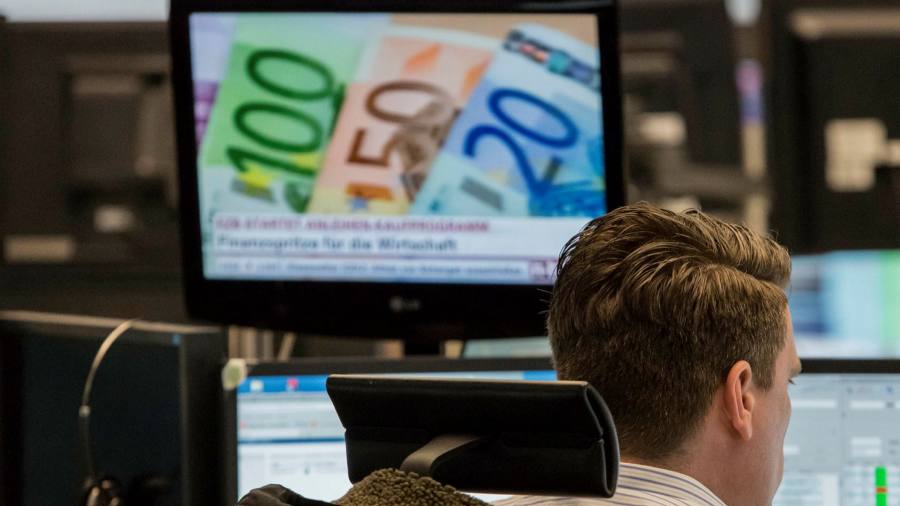 Germany drew record demand for new 30-year debt on Wednesday, demonstrating that despite a sparkling recovery in stock markets, investors still have a strong urge to hold safe assets.

Coming in the same week that Ireland, Spain and Greece drew record demand for longer-dated bonds, the transaction underlines the overwhelming support given to debt markets by the European Central Bank, which once again expanded its stimulus efforts last week.

It also shows that even though US stock markets have wiped out losses for the year after the large sell-off in March, investors remain cautious. Germany’s debt offer attracted €31bn of orders, according to a banker involved in the sale.

“The demand for safe assets has been incredible,” said Jim Leaviss, CIO of public fixed income at M&G Investments. Low and negative yields on German debt showed that investors were “buying an option on the Deutschemark existing again”, he added, alluding to a possible break-up of the currency union.

German government bonds have dipped in price over the past month, as investors have grown more confident in an economic recovery from the coronavirus crisis, despite dire official forecasts for large recessions.

Still, the new Bund issue bears a yield of 0.1874 per cent, 0.07 percentage points lower than the bond was yielding three days ago. Bond yields fall when prices rise. Finland also raised €3bn in a new 20-year benchmark bond on Wednesday, with a yield of 0.3 per cent.

Last week the ECB said it would increase its emergency bond-buying programme to €1.35tn in a bid to revive the eurozone’s pandemic-stricken economy.

That move assuaged nervous investors who had been concerned that the ECB’s initial bond-buying plan of €750bn would not be sufficient to absorb the €1tn-€1.5tn of extra debt that eurozone governments are expected to issue this year. Without it, some of the most-indebted countries, such as Italy, may have faced a surge in their borrowing costs.

Ireland this week raised €6bn from a 10-year bond after receiving orders for €66bn, twice the previous record for an Irish government debt sale.

Meanwhile, Greece, which emerged from a tough bailout programme just two years ago, raised €3bn in 10-year debt with its lowest interest rates for investors in its internationally-placed euro-denominated bonds. It attracted an order book of €17bn.

The surge in new issuance has nudged up yields across the continent, in what Mohit Kumar, an economist at Jefferies, described as a touch of “supply indigestion.”