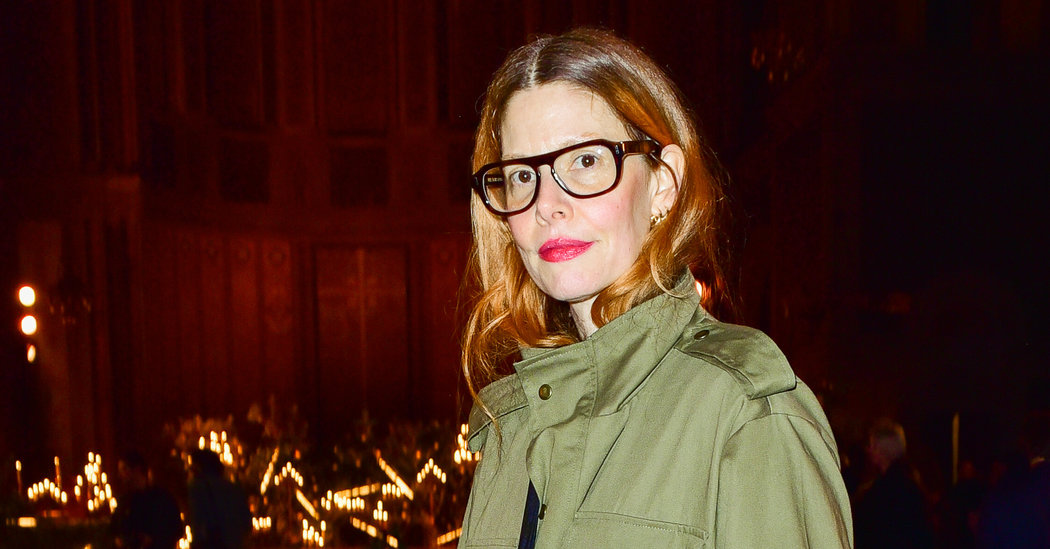 The women’s lifestyle publication Refinery29 is the latest media organization to undergo a change in leadership during the cultural reckoning that has accompanied the widespread protests against racism and police violence.

Christene Barberich, the top editor and a co-founder of the 15-year-old site, said on Monday that she would step down after a number of former Refinery29 employees came forward on social media in recent days to describe discrimination they experienced while working at the company.

“I’ve read and taken in the raw and personal accounts of Black women and women of color regarding their experiences inside our company at Refinery29,” Ms. Barberich wrote in a post on Instagram. “And, what’s clear from these experiences, is that R29 has to change. We have to do better, and that starts with making room. And, so I will be stepping aside in my role at R29 to help diversify our leadership in editorial and ensure this brand and the people it touches can spark a new defining chapter.”

Ms. Barberich, 51, will step down from her job immediately but will stay on as an adviser until the fall, according to two people with knowledge of the matter. Ms. Barberich did not reply to a request for comment.

The writer Ashley C. Ford was one of the former employees who described her experience on Twitter. “I worked at Refinery29 for less than nine months due to a toxic company culture where white women’s egos ruled the near nonexistent editorial processes,” she wrote. “One of the founders consistently confused myself and one our full-time front desk associates & pay disparity was atrocious.”

A former Refinery29 senior editor, Ashley Alese Edwards, who now works at Google, wrote on Twitter that the concerns she raised were routinely ignored and that her job title did not reflect her experience or duties at the company.

“I’m happy to see this,” Ms. Edwards said after Ms. Barberich’s departure. “It’s a step in the right direction. I hope this sparks conversation and change in other newsrooms as well, because this is not an issue unique to just Refinery29.”

There has been a reckoning at media organizations as hundreds of thousands of demonstrators in the United States and abroad have joined the protests prompted by the killing of George Floyd, a black man who died last month in Minneapolis after a white police officer handcuffed him and pinned him to the ground with his knee.

The editorial page editor of The New York Times, James Bennet, resigned on Sunday after Times staff members and readers objected to the publication of an essay by a United States senator calling for the military to quell protests in American cities.

The top editor of The Philadelphia Inquirer, Stan Wischnowski, resigned on Saturday after dozens of staff members walked out in response to an Inquirer article with the headline “Buildings Matter, Too,” a reference to the slogan “Black Lives Matter,” a rallying cry for civil rights activists.

Vice Media acquired Refinery29 and its ancillary businesses in October in a deal valued at about $400 million. Vice Media’s chief executive, Nancy Dubuc, said in an email Monday to the staffs of Vice and Refinery29 that the company would overhaul its hiring and retention practices to “ensure equal opportunity and an inclusive culture.”

Ms. Dubuc added that Ms. Barberich’s move was “an acceleration of a conversation Christene and I have been having since Vice’s acquisition of R29 and she asked that we make the change immediately over the past few days.”

The Refinery29 Union, part of the Writers Guild of America, East, said in a statement that it supported the departure of Ms. Barberich. “Our list of demands is long,” it added, “and we’re working with management to also address the systemic issues that hinder and hurt our past and present employees.”