Resort Towns Ask: Will There Be Summer? 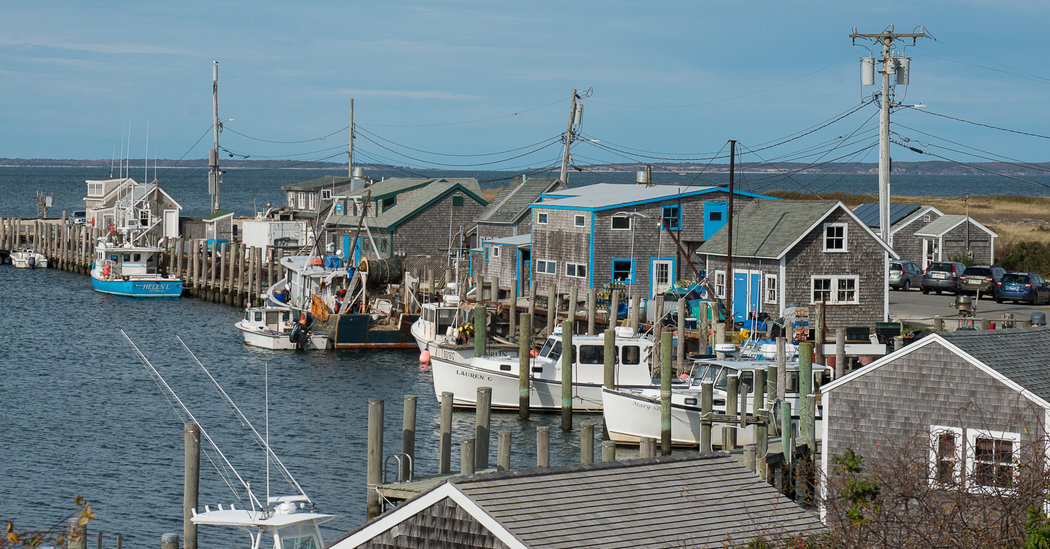 In summer resort towns across the United States, livelihoods for the year are built in the 15 weeks between Memorial Day and Labor Day. It is during those 15 weeks that tourists from around the country and the world arrive to bask on the beach and gather for festivals and weddings. And it is during those three months that tour operators, hoteliers, innkeepers, restaurant employees and others earn the bulk of their income.

But this year, with Memorial Day — the kickoff for summer — approaching, there will be fewer guests to welcome and likely no sizable weddings or festivals to host. Business owners in resort areas, from Cape Cod, Mass., to Lake Chelan, Wash., say that as the start of summer approaches, they are having to face the difficult reality that little money will be made this year.

Between canceled trips and uncertainty about how willing and financially able people will be to travel once shelter-in-place rules are lifted, business owners say that even if summer travel starts late, it won’t make up for losses that have already been incurred.

Traffic to resort towns will likely consist of local visitors from nearby cities and towns for day or weekend trips, rather than for longer stays, business owners speculated. Many also said they expect to see few, if any, international visitors.

“I was all booked for next weekend and Memorial Day weekend, which is when things really kick off, but now everything has been canceled and we have zero income,” said Barb Rishel, the owner of the Wellington Inn, a 10-room bed-and-breakfast in Traverse City, Mich. “It’s devastating. It’s bleak.”

Ms. Rishel said that most guests visit in the summer months, with the National Cherry Festival in July being the biggest draw, and although Michigan’s stay-at-home order is expected to end on May 28, this year’s festival has been canceled and she doesn’t have any bookings.

Public health is essential and should be prioritized, Ms. Rishel and other business owners said, but business survival is also important. And so resort towns are grappling with the cost-benefit analysis of reopening and potentially having the virus spread versus remaining closed and potentially shuttering doors.

“If this shelter-in-place order goes on for too long, you will have people who rely on tourism to survive losing everything they’ve worked their lives for, but if it’s too short and there’s a rush to reopen, people could lose their lives to the virus,” said Sean Mackey, a co-owner of Magic Shuttle Bus, a Traverse City tour company.

In North Carolina’s Outer Banks, tourists will be allowed to return and stay in hotels beginning on May 16, but life will be different. Social-distancing rules will have to be followed; businesses will limit the number of people to 50 percent of their usual capacity; sanitizing stations will be at every turn; and staff at hotels will wear masks.

“Even if we can’t do 100 percent of our normal business, we are just excited to be back in business and have a chance at survival,” said John Harris, a co-founder of Kitty Hawk Kites, which offers adventure tours and sells and rents equipment for various outdoor activities. “Staying closed isn’t an option for a community that’s 90 percent dependent on tourism.”

Mr. Harris said about 80 percent of his revenue is made between Memorial Day and the end of September. And since the Outer Banks are less densely populated than other areas, he added, reopening was the right move and will keep people from losing their businesses.

“Since the virus isn’t going away, I’m sure that we’ll probably have cases like everyone else. But as long as we’re prepared to deal with them as best we can, we will be OK,” he said.

“Everyone is looking forward to reopening,” said Ann Davis, an event planner at Elaine’s Cape May, a hotel in Cape May, N.J. “For a few weeks there we really didn’t know how things were going to go this summer. Who will come and how many of them will come is the unknown at this point, but we’re getting calls for reservations and people are reaching out on Facebook, so it looks like we will have our summer.”

A need for reopening guidance

When the Outer Banks reopen to tourists on Saturday, Pam Gutlon, the innkeeper at the White Doe Inn, will be there to welcome guests. But she is nervous about the lack of clear guidance from the health department on how best to accommodate guests.

“I’m excited to see people, but I’m also being terrified because it’s too soon to reopen,” she said. “I don’t think the state has met all the standards they said we’d need to meet before we open. We are still seeing new cases, and the rules about how to operate just aren’t clear.”

Ms. Gutlon, as well as other innkeepers and owners in North Carolina, New Jersey, Massachusetts and Washington state, said that they are trying to figure out the rules for guest numbers, social distancing and serving food on their properties. For example, she said, no more than 10 people can gather, but the inn typically has about 16 guests in its eight rooms, in addition to staff — so would filling rooms be breaking the rules?

In Massachusetts, where short-term rentals (including hotels) have been banned since March, the lack of direction from authorities led 26 Martha’s Vineyard innkeepers and hotel operators to write a letter to Gov. Charlie Baker’s advisory task force earlier this month, asking for guidance about reopening. Thirty-two business owners from neighboring Nantucket also signed the letter which called the continued close of business an “impending crisis” and expressed fear about what would happen if businesses didn’t open this summer.

Governor Baker said on Monday that the state will reopen in four phases beginning around May 18, but it’s not yet clear in which phase hotels and short-term rentals will be allowed to reopen. Despite the lack of a firm date, seasonal ferry service is scheduled to begin between New York, New Jersey, Martha’s Vineyard and Nantucket during the first week of June; service between Oak Bluffs, on Martha’s Vineyard, and Falmouth, on Cape Cod, will begin on May 22, along with service between Cape Cod, Martha’s Vineyard and Nantucket. Service from Boston to the islands on Boston Harbor Cruises and Bay State Cruise Company is not currently running and do not have start dates.

Diane Carr, a partner at the Hob Knob Inn on Martha’s Vineyard and the acting spokeswoman for the Martha’s Vineyard Lodging Group, said that it’s unlikely that businesses will recoup losses if summer starts late. The lack of guidance about what reopening could look like and when it will happen adds to the confusion and stress that she and others in the local tourism industry are feeling.

“There’s so much speculation about what could be expected of us when it’s time to reopen,” she said. “That causes a lot of anxiety.”

Bernard Chiu, the chairman of Upland Capital Corporation and the owner of the Harbor View Hotel in Edgartown on Martha’s Vineyard said that before the coronavirus, bookings for spring and summer were high, with guests looking forward to seeing the hotel, which has just been renovated.

“In the summer months all hotels are operating at close to full capacity, but I doubt that will be the case this year,” Mr. Chiu said.

No hugging, no touching

Hospitality businesses are also thinking about how the industry has been fundamentally changed by the coronavirus. When tourists return, there will be no hugging and no touching; smiles will be hidden behind masks; turndown service likely won’t exist; and many travelers will be afraid of staying in hotels where they don’t control cleaning procedures or know who stayed there before they did. (One open hotel in Lake Chelan is asking guests to answer questions about their health before checking in.)

“Will people want to pay hundreds of dollars to take their own sheets off their bed or to sit in their room and eat all their meals there?” asked Ms. Gutlon of the White Doe Inn in the Outer Banks. She and others said that those questions will also affect people’s willingness to travel from afar. Guests who usually book for more than just a few days have all canceled their trips this year, she said.

Carol Watson, one of the owners of the Captain Farris House, an inn on Cape Cod, said she is already feeling the loss of international visitors.

“We rely on foreign students with J-1 visas whose families visit Boston and then come to the Cape,” she said. “This year, we’ll hopefully see local traffic. But we’re all in a holding pattern.”

Ms. Watson has been trying to figure out another way to make money while the bed-and-breakfast that she and her husband own isn’t able to accept guests. Before the pandemic, their inn had begun serving afternoon tea to get additional revenue in the off-season. The couple is now thinking of extending the tearoom’s hours when business begins again and offering pickup service for baked goods.

“We are going to try different things to make money,” she said. “But we need to get back to business, because nothing takes the place of overnight guests.”

Memorial Day, Ms. Watson said, is the real kickoff for the summer season, and she would normally be preparing for a revolving door. Instead, she is spending her time on conference calls with other business owners and a marketing company, trying to stay on top of what’s going on and updating policies and cleaning and sanitizing procedures.