Restaurant reopening reversals are a disaster for farmers 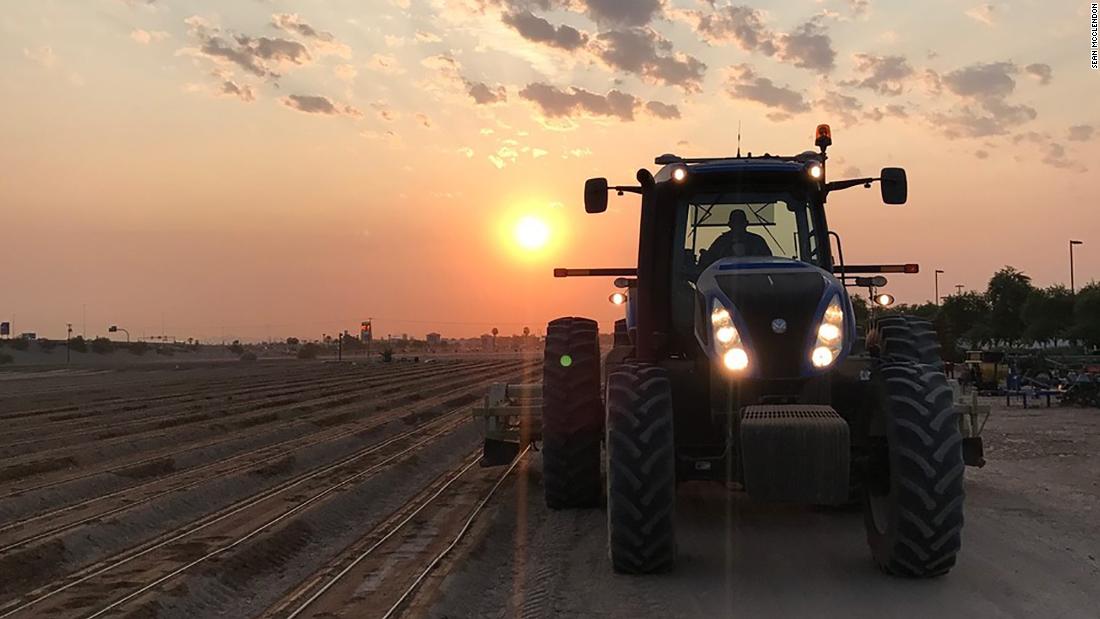 But six hours later, he got a call from the building’s landlord that the eggs were never collected — the restaurant had suddenly closed because a staff member tested positive for Covid-19, and nobody canceled the order.

After half a day in the hot sun, the eggs could no longer be eaten. So Storey drove back to pick them up and took the loss.

“Half the restaurants we’re going to now, we find out upon delivering to them that they’re closed,” he said. “A lot of times I’ll pull up to restaurants and I’ll just have to read the sign on the front door whether they’re open or not.”

He’s now sitting on a surplus of about 24,000 eggs, he estimates. And he has no idea when, or if, things will stabilize.

The unpredictability is a major problem for Storey Farms in Johns Island, South Carolina. If Storey can’t predict what demand for his eggs will look like tomorrow, much less months out, he runs the risk of overproducing — which would leave him with an expensive surplus — or underproducing, which would prevent him from having enough eggs on hand to meet demand.

Storey’s not alone. His challenges are representative of the difficulties faced by farmers who sell to independent restaurants when they try to predict demand in these uncertain times.

Back in March, when restaurants first closed and stay-at-home orders took effect, some of these farmers found themselves without customers. Now, just as restaurants began to resume dine-in service, a new surge of coronavirus cases has paused reopening plans and put farmers back in limbo — and made it even more difficult to plan ahead.

Planning is essential to farmers because they have to anticipate their customers’ demand months, and sometimes years, ahead of when they deliver so that they have enough time to grow crops or raise animals.

That’s nearly impossible when restaurants are struggling to stay in business: From March to May, eating and drinking place sales were $94 billion below expected levels, according to a survey by the National Restaurant Association. Plunging sales and unpredictable demand have prompted many farmers to support the Restaurants Act, which would dedicate $120 billion in aid for independent bars and restaurants through the end of the year.

Recently, a number of states have paused or reversed their plans to reopen restaurant dining rooms as the coronavirus pandemic tears through the nation, making things even worse for those farmers.

‘No end in sight’

New Jersey made the call not to reopen indoor dining in late June, just a few days before the reopening was scheduled to take place. New York City, which was on track to reopen restaurant dining rooms, put the decision on hold indefinitely earlier this month. Last week, Arizona restaurants were told to roll back indoor capacity to 50 percent. And on Monday, California instructed all restaurants to once again close their dining rooms. As cases continue to increase, other states and cities could follow suit or tighten their restrictions.

Uncertainty “is really what’s causing the problem,” said Gary Wertish, president of the Minnesota Farmers Union, one of the groups supporting the Restaurants Act. “There’s no end in sight,” he said. That makes it “really hard to plan for the future.”

If the uncertainty drags out for another year or two, he said, some farms and restaurants will go out of business.

Kate McClendon, an organic farmer based in Peoria, Arizona, said that each of the 90 restaurants served by her farm is facing its own predicament. “We’ve had some restaurants close proactively because they’re trying to get all of their people tested,” McClendon said. “We’ve had some that have tried to open up for takeout only and then decide that wasn’t sustainable and close.” Others have had a hard time hiring back their staff, she said.

McClendon runs McClendon’s Select with her husband, Sean. They grow dozens of different types of fruits and vegetables, including romanesco cauliflower and romaine lettuce. The farm has been in the family for decades — but McClendon is worried about its future.

Like Storey, McClendon has also filled orders only to find that restaurants were closed upon making the delivery. She has started tracking social media to try to keep tabs on whether restaurants are still open.

Typically, Sean puts together a planting plan based on patterns they’ve observed throughout the year. Now, they’re guessing. “We have nothing to go on,” she said. “We have no idea of how to predict what this is going to look like.”

It’s a new world for farmers who came to rely on certain restaurants to turn a profit.

“We have a lot of stability when [restaurants are] open and doing their regular business,” said Matt Weik, who owns Y-ker Acres, a pig farm in Northern Minnesota, and sells premium meats to restaurants. Weik and his family used to grow produce, but switched to meat about six years ago because of the accolades his pasture-raised, heritage pork received. He has long-standing relationships with independent restaurants that feature his products on their menus. Before the pandemic, he had come to learn exactly what they need.

“I know certain restaurants that are going to do 1,000 meals a day [in] July, August and September,” he said. “And I know, after several years, that they’re going to need this much ground pork and this much pork chops every two weeks.”

Many of the restaurants that Weik sells to have reopened. But their needs are now unknown: Recently, Weik was in the process of filling a $1,000 smoked pork-chop order for a restaurant when he learned that it was closing again, likely until August, because an employee tested positive for Covid-19.

The restaurant is still planning to pay for the order, but not until it reopens. Weik described the setback as “another straw on the camel’s back.”

Because of the upheaval, some farmers who rely on independent restaurants are now trying out a different business model.

Take Steve Matthiasson, who along with his wife owns Matthiasson winery in Napa Valley, California. This year, he ended up selling much of the wine he had designated for restaurants directly to consumers at a lower price.

The switch “allowed us to use our wine and get our money back out of it, but we won’t make any profit on it,” Matthiasson said. “We’re going to lose money this year. We’re going to operate at a loss. Hopefully, it’s going to be a reasonable loss that we can ride it out.”

“A significant portion of our crops … are earmarked for restaurant sales,” said Pete Skold, who co-owns Waxwing Farm in Webster, Minnesota, along with his wife. But if restaurants are closed this winter, he’ll have to sell those crops to consumers. And once that commitment is made, he won’t be able to pivot back to selling to restaurants because there won’t be enough supply for both.

That means that some restaurants that make it through this dark period won’t have a steady source of supply at the other end.

“If restaurants close and farms pivot to other avenues, when restaurants reopen,” Skold said, “it’s hard to just jump back onto that ship.”