Richard Gilder, Donor to Parks, Museum and History, Dies at 87 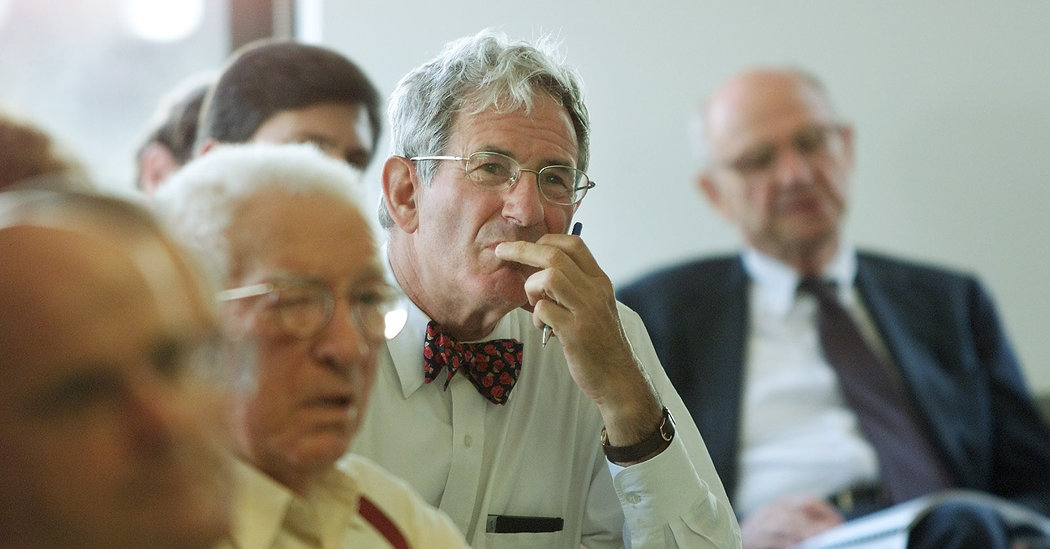 Richard Gilder, a billionaire investor and benefactor who was instrumental in revitalizing two neglected exemplars of American democracy — the study of American history and Central Park — died on Tuesday at his home in Charlottesville, Va. He was 87.

His wife, the actress Lois Chiles, said the cause was congestive heart failure.

Mr. Gilder, a conservative, pro-growth Republican, formed an unlikely partnership in 1974 with George Soros, the liberal philanthropist, to rehabilitate Central Park, laying the foundation for what became the Central Park Conservancy in 1980.

Embraced by New York City’s parks commissioner at the time, Gordon J. Davis, the conservancy, a public-private partnership, restored Central Park, transforming it from a dust bowl that had been doomed by deferred maintenance during the city’s fiscal crisis of the 1970s to the 840-acre people’s oasis that was envisioned when it opened in the 19th century.

“No Dick Gilder, no reborn and restored Central Park,” Mr. Davis said in an email.

In 1993, Mr. Gilder, who had played in the park as a child and ran there daily as an adult, pledged $17 million if the conservancy and the city matched his commitment. It was the largest private gift to a public park at the time.

He began his history restoration project in the late 1980s, teaming up with Lewis E. Lehrman, who had left academia to run Rite-Aid, his family’s drugstore chain, and had run for governor in 1982 as the Republican-Conservative candidate, barely losing to Mario M. Cuomo. They amassed a collection that would eventually consist of 70,000 original documents, letters, pamphlets, diaries and other primary sources that illuminate American history.

They then deposited them in a specially built $1 million vault in the basement of the New-York Historical Society in Manhattan to exhibit and share with scholars and educators.

They incorporated the collection into the Gilder Lehrman Institute of American History, which they established in 1994 to promote research, teacher training, exhibitions and classroom curriculums and endow prizes to encourage research in the names of Lincoln, Washington and Frederick Douglass.

One of Mr. Gilder’s passions was collecting battlefield maps, although Mr. Lehrman admonished him at one point, telling him, as he recalled in an interview, that “the battles were about the ideas in the documents, and you can’t move the battlefields into the classroom.”

Mr. Gilder also restored the New-York Historical Society itself as chairman of its executive committee, rescuing it from a precarious financial state and returning it to solvency; renovating its headquarters, on Central Park West; recruiting Louise Mirrer from the City University of New York to be the society’s president; and clarifying its mission — to explore the nation’s history from a New York perspective.

After joining the society’s board in 2003, Mr. Gilder was instrumental in transforming Alexander Hamilton from a relatively obscure profile on a $10 bill into a marquee name — more than a decade before the musical version of his life arrived on Broadway. The society did so in an exhibition that celebrated Hamilton’s West Indian immigrant roots and that reclaimed New York’s role as the nation’s first capital in a historical narrative that had been hijacked by Boston, Philadelphia and Virginia. “Hamilton” was followed by the blockbuster exhibition “Slavery in New York” in 2005.

Mr. Gilder’s philanthropy extended across West 77th Street to the American Museum of Natural History, to which he gave $50 million to establish the Richard Gilder Graduate School. Under its president, Ellen V. Futter, the museum was the first in the Western Hemisphere to begin, through the school, a doctoral degree-granting program. In 2012, he pledged $60 million more to build the Richard Gilder Center for Science, Education and Innovation, which is now under construction.

In an interview, Dr. Futter called Mr. Gilder “a provocateur who encouraged us to think big, aim high and optimize what things could be.”

Mr. Gilder’s affiliation with the Manhattan Institute for Policy Research, where he was chairman from 1990 to 1994, as well as with the Club for Growth and other conservative policy groups, prompted some historians to worry that his contributions to the New-York Historical Society would come with strings attached.

Mike Wallace, the City University historian and author most recently of “Greater Gotham” (2017), recalled in an email that there had been concerns among some historians that the Hamilton exhibition venerated conservative monetary policies. But to his credit, Mr. Wallace said, Mr. Gilder proved willing to turn over programming to Dr. Mirrer and her curators.

“His project was never political,” Dr. Mirrer said, “and those who declared that it was clearly didn’t know Dick.”

Richard Gilder Jr., a fifth-generation New Yorker known for his tweedy professorial appearance, was born on May 31, 1932, in Manhattan, the great-great-grandson of a Jewish immigrant from Bohemia. Richard Sr. was a property manager for a real estate company. Mr. Gilder’s mother, Jane (Moyse) Gilder, was a homemaker.

As a teenager Richard left the Bronx High School of Science after a semester because of disciplinary problems and completed his secondary education at the Mount Hermon School for Boys (now Northfield Mount Hermon) in Massachusetts. At Yale, he switched majors from economics to history and earned a bachelor’s degree in 1954. He lasted a month or two at Yale Law School before dropping out.

“It just was not for me,” he told the author of an online biography, Charles Sahm. “You need a step-by-step mentality to be a good lawyer, and I am very impulsive.”

Mr. Gilder’s marriages to Britt-Marie Lagerljung, Virginia Chromiak and Teresa Maria Dempsey ended in divorce. In addition to Ms. Chiles, whom he married in 2005, he is survived by four children from his first marriage, Ginny (an Olympian rower), Peggy, Britt-Louise and Richard Gilder III; a sister, Peggy Tirschwell; and 10 grandchildren.

Mr. Gilder worked for the investment firm A.G. Becker until 1968, when he started his own firm, now known as Gilder, Gagnon, Howe & Company. As an investor, he was considered a risk-taker, buying into start-ups, like Wal-Mart and Home Depot, that showed potential. By the end of the 1990s, its 70 employees were managing $11 billion and Mr. Gilder had amassed a fortune, much of which he was in a position to give away.

“Giving is as tough a business as getting,” Mr. Gilder, who had done a good deal of both, told The New York Times in 2000. “You can do so much damage. The rule in philanthropy, as in medicine, should be ‘First, do no harm.’”