Right now, truck stops are some of America’s most ‘essential businesses’ 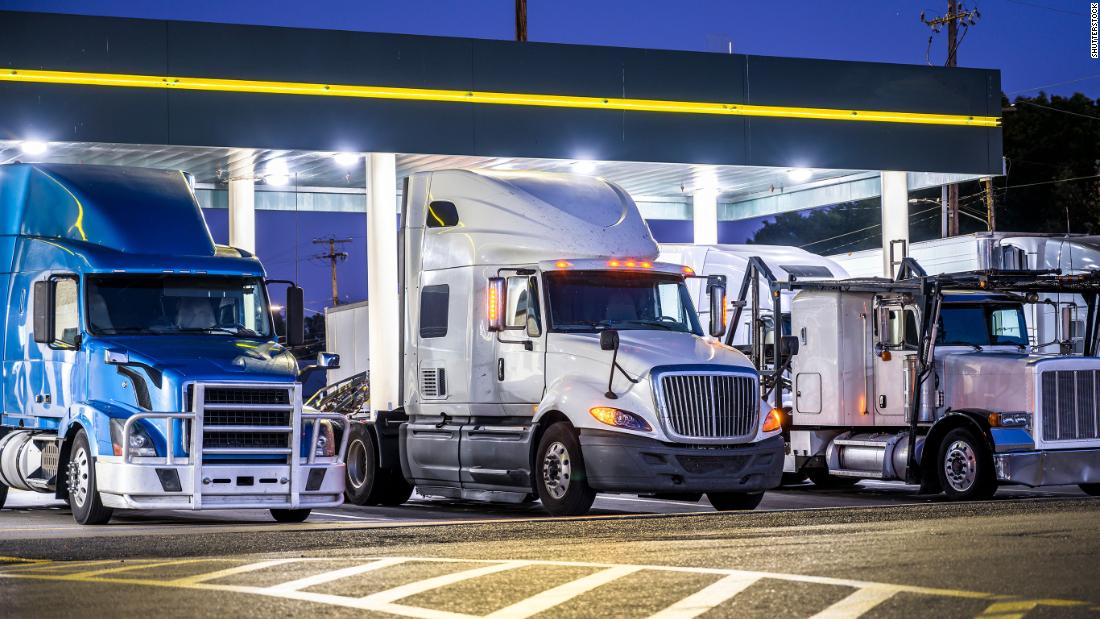 Undeterred by the coronavirus pandemic that has brought most of the US economy to a halt, truck stops remain open, offering truckers a place to eat, rest and refuel on their way to delivering critical supplies to a nation that’s hunkering down to slow the spread of COVID-19.

Earlier this week, the US Department of Transportation said truck stops now qualify as an essential business, meaning they are viewed as too vital to shut down.

“In the coming weeks and months, it will be critical that these businesses remain open 24 hours a day,” Jim Mullen, acting administrator of the Federal Motor Carrier Safety Administration, the government agency that regulates the nation’s trucking industry, wrote in a letter to the National Association of Truck Stop Operators.

While long-haul truck drivers spend a lot of time in isolation, they are still vulnerable to coronavirus.

“They’re socially isolated 95% of the time, but that other 5% literally everyone is touching the exact same bathrooms and fuel pumps. That’s a huge concern,” said Steve Viscelli, a University of Pennsylvania sociologist who studies the trucking industry.

In order to keep drivers and employees healthy, many truck stops have put new policies in place.

At some stops, drivers can no longer get their personal mugs filled with coffee, for instance, and must use new disposable cups instead. Lounges where drivers typically gather to watch TV and talk are generally being closed, as are sit-down restaurants. Instead, takeout and meals that can be quickly purchased are being offered. Cleaning regimens are also being conducted more frequently and thoroughly.

Pilot Flying J, which operates truck stops in 44 states and six Canadian provinces, said its team has been cleaning showers after each use with degreaser, disinfectant and floor cleaner. It’s also restricting gaming rooms to three participants at a time, and has stopped providing any self-serve food.

Employees showing any symptoms of illness are required to stay home. The company also implemented an emergency sick leave policy so that workers do not need to worry about being paid as they recover.

“It makes sense that there will need to be some changes in rest and truck stop operations,” said Stephen Burks, an economics professor at the University of Minnesota, Morris, who spent a decade driving tractor trailers before becoming an academic. “But keeping them available to truck drivers is just as important as any other function needed to enable an effective national response to the epidemic.”

It does help that, with Americans avoiding unnecessary travel, there are fewer drivers on the road and at the truck stops.

Jon Pertchik, CEO of Travel Centers of America, which operates more than 260 locations in the US and Canada, said there’s been a drop in gasoline sales this week due to decreased car traffic. But diesel sales are up, he said, likely from increased demand from truck drivers making deliveries during the pandemic.

Pertchik said he makes a point of reminding his staff how important they are in keeping the country running.

“There’s a patriotic obligation,” he said. “This company is carrying on and supporting essential needs to truckers who, in turn, provide essentials to Americans.”