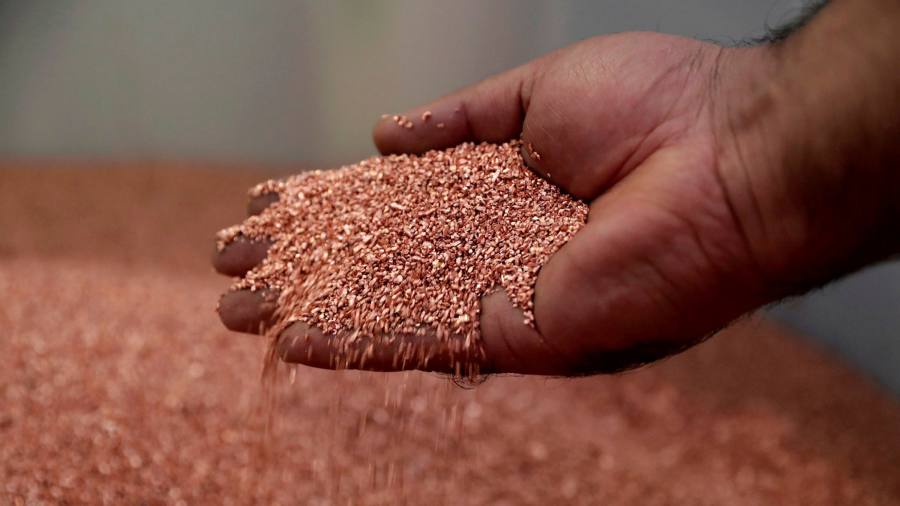 China’s copper smelters further cranked up production in June, adding to evidence that the world’s top consumer of raw materials is recovering from an economic downturn caused by the Covid-19 crisis.

The China subset of the Savant Global Copper Smelting Index, which uses satellites to monitor industry activity, registered a reading of 53.9 in June, where 50 represents average levels. Analysts were especially encouraged by the second consecutive month of expansion — though the reading was down a little on the 54.6 recorded in May — given that rising costs for ore were putting a squeeze on the sector.

Higher input costs have pushed some smelters out of the market, said Guy Wolf, global head of market analytics at commodities broker Marex Spectron. The company developed the index together with Earth-i, a UK-based information provider, and the European Space Agency.

“But at the same time, we are seeing aggressive increases in activity at some of the larger operators, which suggests demand remains robust in China,” he added. For such a divide to open between the bigger and smaller players was “very unusual”, Mr Wolf said.

Copper is closely followed by analysts and investors as a leading indicator of economic growth around the globe owing to its wide range of uses in everything from construction to white goods.

The price of refined copper traded on the London Metal Exchange has climbed almost 40 per cent from its March lows to a 14-month high above $6,300 a tonne, helped by Covid-related disruptions to supply in South America and strong demand in China.

Copper’s price surge has lifted the shares of big producers, including New York-listed Freeport-McMoRan and Toronto-listed First Quantum Minerals. Both are up around 140 per cent since their March lows.

Demand for copper in China, where half the world’s output is consumed, has picked up significantly since Beijing eased its lockdown in March. Utilisation rates at wire rod mills — which account for two-thirds of China’s refined copper consumption — have rebounded sharply. Analysts think the country’s demand for the metal could have risen as much as 4 per cent year-on-year in the second quarter.

But the risk of further supply disruptions has increased, with unions in the Chile, the world’s largest producer, “increasingly vocal about copper’s occupational health risks from the virus,” according to Jeff Currie, head of commodities research at Goldman Sachs.

On the demand side, he reckons copper would be the biggest benefactor of green-focused infrastructure plans in the US, China and Europe, as well as being “an excellent antiviral metal for objects like door knobs”, in light of coronavirus.

The pandemic has led to significant regional variations in readings from the smelting activity index, said Mr Wolf. “Whilst Asia looks to be well into a robust recovery phase, Europe and North America have only recently seen the lows in activity levels. But the direction firmly appears to have turned globally.”

For years, traders have been able to use satellites to monitor oil storage and track tanker movements. The Savant platform, which was launched last year and tracks around 90 per cent of global smelter production, is among the first to focus on metals.