Rooms by the Hour for People Weary of Quarantine 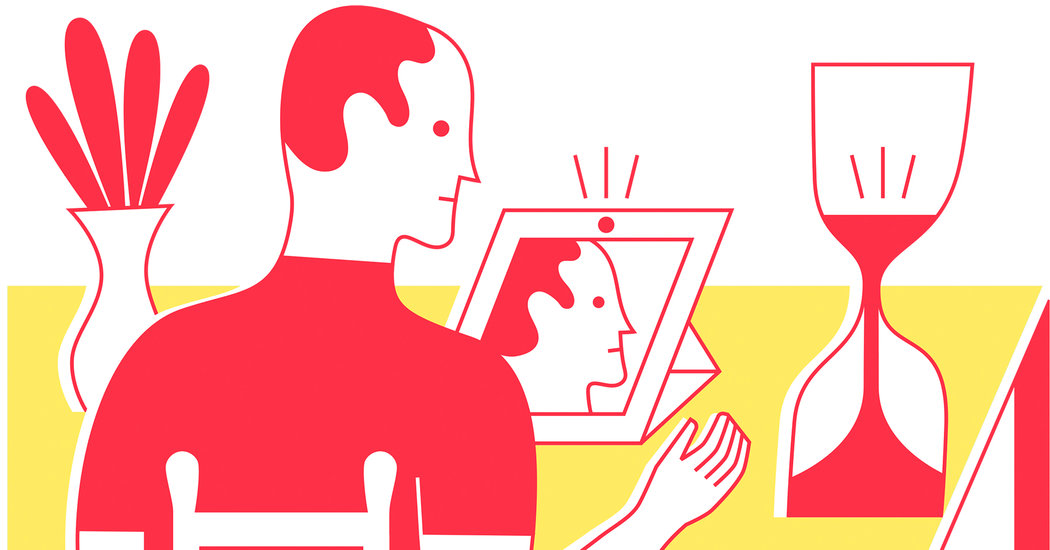 Netflix. Peloton. Charmin. These are well-known brands benefiting from the quarantine lifestyle. Here’s one you’ve never heard of: Globe. Its target customer is all of us who are really annoyed with the people we live with.

Founded in June 2019 by Emmanuel Bamfo, 30, and Eric Xu, 36, Globe may be thought of as a daytime, by-the-hour version of Airbnb. Say you are in New York, San Francisco, Miami or London and you simply cannot abide for another second listening to your wife’s work humor on her Zoom calls to clients, or the sound of your roommate slurping cereal.

You need a break. Going to your office, a co-working space or a coffee shop are not currently options. So you flip to your Globe app and look for a nearby empty apartment to rent for a few hours. No overnight stays are permitted, and you have to send a photo of a thermometer showing you don’t have a fever to get access to the check-in instructions.

“At a time when people are hanging on to the fringe of their sanity because we are not meant to be cooped up like this,” Mr. Bamfo said, “we give people a reprieve.”

Brittney Gwynn, 32, has been quarantining in Brooklyn with her boyfriend and really needed a break. “Our love is unlimited but in terms of the time we’re spending together, we’re getting on each other’s nerves,” she said.

Ms. Gwynn, a project manager for an online art company, had learned about Globe last fall when she was looking for a place for her and friends to get ready for a fancy after-work gala. More recently, as the days of quarantine wore on, she kept an eye on the app to see if any place within walking distance to her apartment became available. When a vacant apartment in a Downtown Brooklyn high-rise was listed, she booked it for two hours, paying $100.

“I brought my anti-bacterial wipes, wiped down the desk, the doorknob, the light switch, any area of the apartment I was in,” she said. She conducted an important work call for 45 minutes, and then chilled for more than an hour.

This is not Mr. Bamfo’s first foray into the world of very short-term rentals. He and two friends from Washington University created a start-up called Recharge that matched gig workers and professionals with vacant hotel rooms where they could nap or shower when in city centers far from their homes. (Mr. Bamfo got the idea after tracking driver behavior for a ride share start-up called Hitch, acquired by Lyft in 2014.)

But hotel workers balked at the extra cleaning they were being asked to do without additional pay.

So Mr. Bamfo decided to broaden his concept and connect anyone who needed a place to chill out to people who wanted to make extra money from their residences. He paired with a different friend from college, Mr. Xu, a former engineer at Reddit.

Globe did OK at first. There was supply, there was demand. The entrepreneurs were trying to make it scale.

Then came the coronavirus.

According to the company, its biggest current problem is that not enough people are listing homes and apartments they own for strangers to hang out in amid a pandemic. Right now, Globe has 5.500 active hosts and 10,000 guests who have access to the hosts’ listings.

But more than 100,000 people are on a wait list to become guests, Mr. Bamfo said, 20,000 of whom joined in the past nine weeks. He said he can’t give them access to listings until he has more available places for people to pay to crash by the hour.

Abe Disu, 24, who works at a tech start-up, has rented out his small, nicely furnished San Francisco apartment through Globe about 70 times between August and April, he said, earning about $50 per hour, after cleaning costs. Regular users included a local artist who needed space from her roommates to work.

In March, Globe sent him a cleaning supply kit with masks, gloves, hand sanitizer and thermometers for guest to use to show they didn’t have a fever, and Mr. Disu was comfortable enough to list his apartment on the app for two bookings.

But his schedule has been upended. “I’m working from home like everyone else, so the time of me not being at home is very limited,” Mr. Disu said.

Mr. Bamfo is now hoping to attract more people like Matt Earnest, 37, a property manager in the San Francisco Bay Area. He used to use Airbnb and HomeAway to fill the dwellings, but doesn’t want tourists, because of contagion fears.

Local people using the properties for an hour or two seems less risky. “I want to be as responsible as possible,” Mr. Earnest said, “and this has been a useful way to supplement our lost income.”

He had six bookings in April, making $100 to $150 for each after paying professional cleaners. Guests have included a woman whose boyfriend had been laid off — she didn’t feel comfortable making calls to close a big deal in front of him — and a man who wanted a nicer place than his own to conduct a professional Zoom meeting.

“So many people have four or five roommates, and their place is a pigsty with everyone working from home,” Mr. Earnest said.

Oliver Page, 27, used Globe for the first time last month, after idling on a wait list for two months. An entrepreneur in Miami Beach, Mr. Page said he needed a break from his cousin. “We’re business partners, we’re living in a small apartment together, we’re like coronavirus husbands at this point,” he said.

When another unit in his apartment complex was listed on the Globe app, he booked it right away and headed over for an hour and half of $75 alone time. “I made a couple conference calls and just enjoyed having a little space to myself,” he said. “Being indoors with everyone is a little annoying.”