Ryanair will cut 3,000 jobs and ground 99% of flights through June 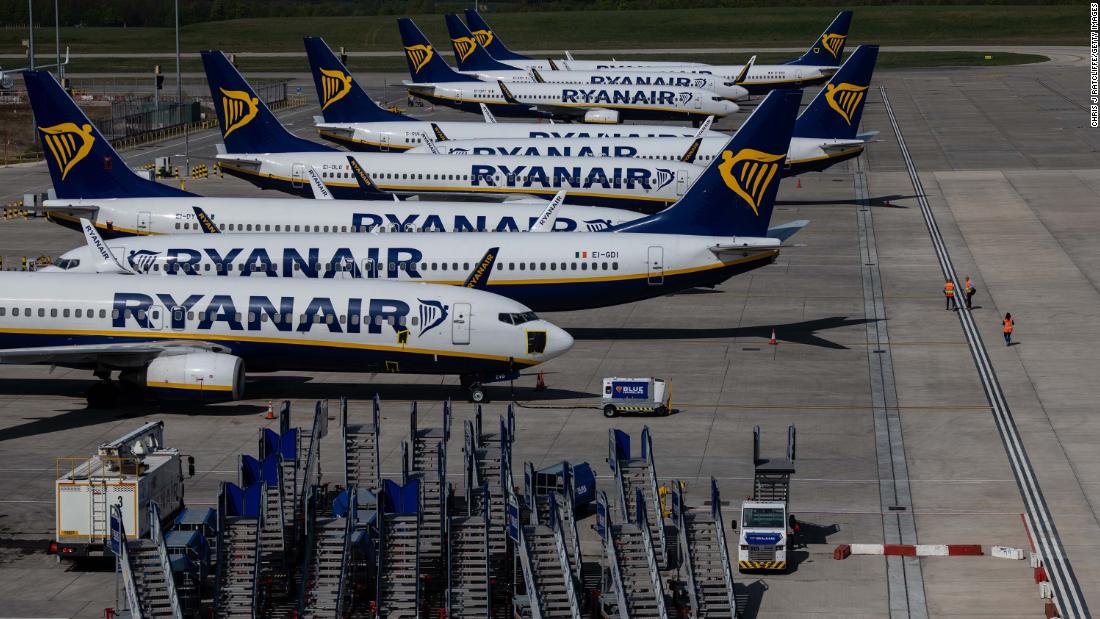 Europe’s largest airline by passenger numbers said in a statement Friday that its restructuring program will begin in July and could result in the loss of as many as 3,000 jobs among pilots and cabin crew, or about 15% of its workforce.
Pay cuts of up to 20% and the closure of a number of aircraft bases across Europe are also on the cards, Ryanair (RYAAY) said.

CEO Michael O’Leary will take a 50% pay cut for the rest of the financial year to March 2021, it added.

The news follows a similar announcement by British Airways this week, which said it could cut more than a quarter of its workforce, or 12,000 jobs, as the outlook for aviation deteriorates.

The sector is expected to be particularly hard hit this summer, with countries such as Spain, Italy, France and Greece — among the world’s most visited destinations — bracing for a dramatic decline in international visitors.

The budget carrier said it expected to carry fewer than 150,000 passengers in the April to June period, compared with its budget target of 42.4 million. For July to September, it now expects to carry no more than 50% of its original traffic target of 44.6 million passengers.

“Ryanair now expects the recovery of passenger demand and pricing (to 2019 levels) will take at least two years, until summer 2022 at the earliest,” it said, adding that it expects to report a net loss of over €100 million ($109.7 million) in the April to June quarter, with more losses to come.

The airline said that when it returns to “meaningful flying” from July, Europe’s competitive landscape will be distorted by more than €30 billion ($33 billion) in what it described as “unlawful” state aid given to competitors, including Air France-KLM (AFLYY), Norwegian Air and airlines owned by Lufthansa (DLAKY).

This will allow these carriers to fund “many years of below cost selling,” Ryanair said, adding that it plans to challenge these bailouts in court because it believes they are in breach of EU state aid rules.