Salesforce CEO says masks are like seatbelts. Government should step up and fine people who aren’t wearing one 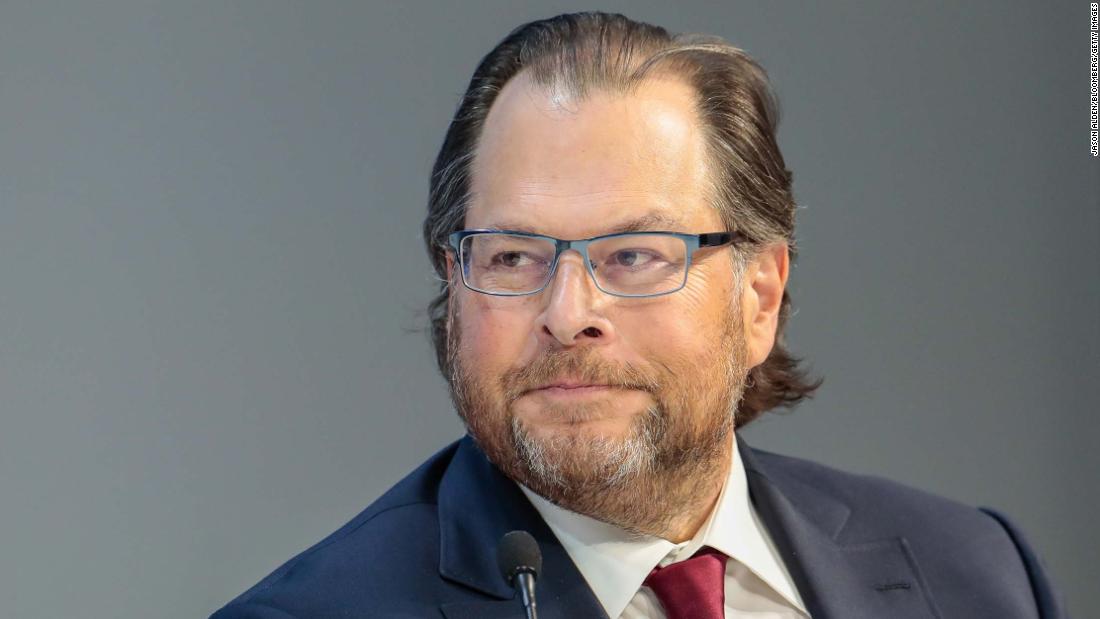 “We need a cultural revolution,” Benioff told CNN Business. He argued that countries with cultures more accepting of mask wearing have been more successful in fighting the virus.

“This whole mask controversy reminds me of when people were first told they have to wear seatbelts and they didn’t want to,” Benioff said. “People said, ‘But if I get injured, it’s my body. It’s my life.'”

“At some point, the government has to step in and say, ‘Yes, you have to wear a mask, and if you’re not wearing a mask, you’re going to get fined,'” he added. “Just like if you don’t wear a seat belt, you get a fine.”

Benioff joins a growing number of businesses and executives who are calling for mask requirements. Walmart on Wednesday became the largest retailer in the United States to mandate facial coverings as coronavirus cases there continue to rise.

Kroger and Kohl’s have also announced that they would require all customers to wear masks. And the National Retail Federation, the main lobbying group for that industry, has called for masks in stores, too. The requirements mark a shift from earlier this year, when most major retailers and grocers hesitated to enact mask mandates over fears of antagonizing shoppers who refuse to wear them.

Other major business leaders have also encouraged mask wearing. Microsoft founder Bill Gates recently attributed a rise in coronavirus cases in the United States to a lack of testing and contact tracing, as well as a lack of mask wearing. He said other countries that had done those things effectively had seen numbers drop.

There are more than 3 million coronavirus cases in the country, with over 137,000 deaths, according to Johns Hopkins University.