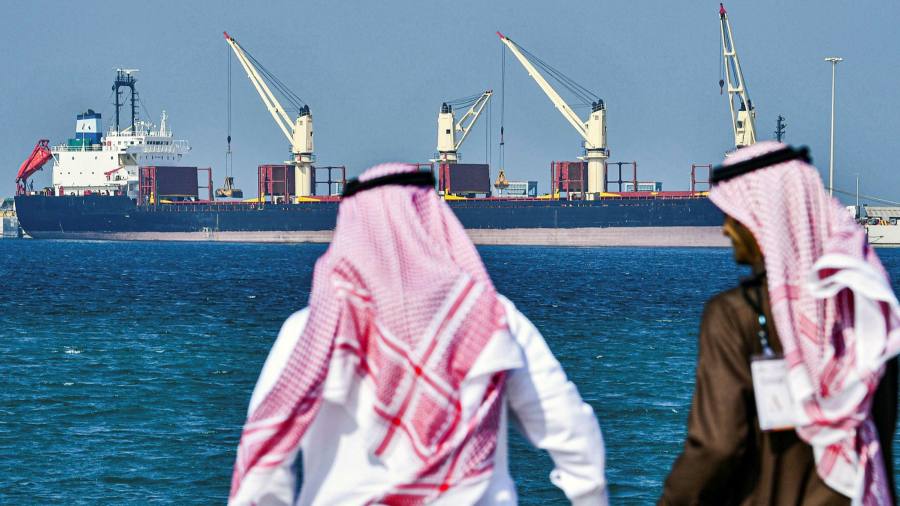 Saudi Arabia continues to offer big discounts for its crude for Asian buyers despite calling a truce in its global price war under pressure from the US.

On Thursday, the state energy giant Saudi Aramco set its June official selling price for Arab Light grade crude to Asia at $5.90 a barrel below the benchmark price.

Though this is a smaller discount than it offered for May, this still represents an effort to keep up the pressure on rivals, particularly other Middle Eastern and Russian oil producers.

Saudi Arabia is not willing to lose customers in Asia, which it expects to account for two-thirds of its oil demand growth through to the end of 2025, said people familiar with the kingdom’s oil policy.

For the US, amid criticism from senators that the kingdom was flooding the market with its crude at a time when storage tanks were nearing capacity, Saudi Arabia raised the price of Arab Light to a premium of $0.75 a barrel against its benchmark.

This is up $1.50 a barrel from May and an increase of $4.50 a barrel since April when the discounts were at their largest.

“Asia is where the competition is at. Not the US,” said one of the people familiar with Saudi Arabia’s oil policy.

Saudi Arabia launched the first salvo of a price war in March, drastically lowering crude export prices for the following month in a tit-for-tat battle with Russia and other oil producers as global demand collapsed.

The move to undercut rivals and flood the market with oil was aimed at bringing producers to the negotiating table and ultimately led to historic US-backed production cuts of 9.7m barrels a day that take effect this month.

Yet Saudi Arabia continued to offer steep discounts for most of its crude grades in May, against the backdrop of a depressed oil market. Brent crude — the international oil benchmark that fell to 18-year lows last month — is down by more than half since the start of the year to about $31 a barrel.

Oil imports into China, a major buyer of Saudi crude, are rebounding after months of coronavirus-induced lockdown brought the world’s second-largest economy to a halt. Improving demand, strategic stockpiling and new quotas for the country’s independent refineries will see May and June imports increase, said analysts at consultancy Energy Aspects.

Prince Abdulaziz bin Salman, Saudi energy minister, told the Financial Times last month that even though the price war was an “unwelcome departure” from a strategy to control production and support prices, the kingdom was still “mindful of competition”.

“After this month’s flotilla of some 20 tankers arrives to the US, Riyadh will likely find it more rewarding commercially and politically to prioritise Asian customers in its oil sales,” he added.

For north-west Europe, a big market for Russian crude, Saudi Arabia set a discount of $3.70 a barrel compared with ICE Brent — a dramatic increase of $6.55 a barrel from May.

After pushing supply to record levels above 12m barrels a day in April, the kingdom plans to reduce production to about 8.5m b/d.